The outcome of the federal election gives some cause for optimism that the dark clouds of continuous disappointment in Australia’s reconciliation journey may be lifting. We are at a time when change feels inevitable.

Nowhere is this more obvious than in the welcome comments from Prime Minister Anthony Albanese regarding the Uluru Statement from the Heart and constitutional recognition for First Nations Australians. The new government has not only committed to implementing the Uluru Statement in full; it has made this commitment a major theme of its forthcoming term. 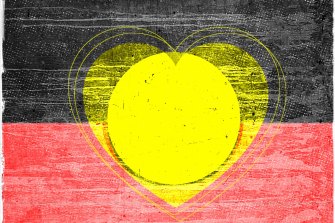 But at this critical point in history, First Nations Australians must carefully and strategically plan for the statement’s implementation. We cannot allow this process to belong only to the Albanese government. While we embrace its election for providing the opportunity to embark on the final journey of reconciliation, we must see it as an opportunity – not a pathway.

First Nations Australians must take control. It is our statement. We developed and endorsed it at Uluru five years ago. We advocated it to the Australian people, who have responded with huge support and have given Albanese a mandate for its implementation. We must own the opportunity but also the risk if we fail to achieve the desired outcomes.

We know what the case against us will be. The central argument will be that of former prime minister Malcolm Turnbull’s claim in rejecting the Uluru Statement: that it would contradict a principle of liberal democracy if one defined group should have a constitutional role in the workings of parliament.

But to suggest that the Australian constitution was founded on democratic principles is a perversion of history. The constitution that federated the Australian nation was anything but democratic. It expressly excluded us. We were not to be counted in the census. It was founded on racism. It empowered the national parliament to keep non-Europeans from living in Australia. It was a founding document for the governing of white-settler Australia.

It explicitly stopped the national parliament from making laws for First Nations Australians. The Australian constitution did not allow the Commonwealth government to undermine the laws and practices of colonial state governments that were premised on our disappearance as a people.

The Uluru Statement’s proposed First Nations Voice in the constitution is a fundamental part of Australia’s reckoning with that history. And Australia will be a more inclusive and democratic country because of it.

We can’t allow government, with its imbedded practice of incremental management, to control the process. We cannot allow the statement’s first tenet – constitutional recognition – to be achieved without a clear pathway for settlement and truth-telling.

In the absence of comprehensive First Nations support for the Uluru Statement’s implementation, the referendum on constitutional recognition will fail. And if that happens the historic opportunity for reconciliation will be lost and may never happen again. An informed and unified First Nations community will be able to rebut the arguments that will inevitably grow as the nation moves forward on Uluru.

In the 1967 referendum, Australians voted overwhelmingly to change the constitution so First Nations people, like all other Australians, would be counted as part of the population and the federal parliament would be able to make laws for them. Now we prepare for another historic referendum, this one based on the Uluru Statement. Should it succeed in establishing a constitutionally enshrined Voice to parliament, it will enhance the power delivered to the parliament in 1967. The Voice will provide a level of parliamentary accountability to First Nations Australians. While not being a third chamber of parliament, it will be a mechanism to promote collaboration and partnership, to give First Nations a say in the making of the laws and decisions that affect them.

Most importantly, the Voice can provide an institutional framework to formalise a settlement or treaty between First Nations Australians and the nation state, underpinned by a truth-telling process.

And, as I say, we will be a better country for it.