HAVING the money talk with kids pays off, and 4 in 5 people wish they knew more about finances growing up.

Four in five parents wish they had more information about money and financial know-how when they were children — their kids, however, have an understanding of money and are keen to learn more, according to new research. 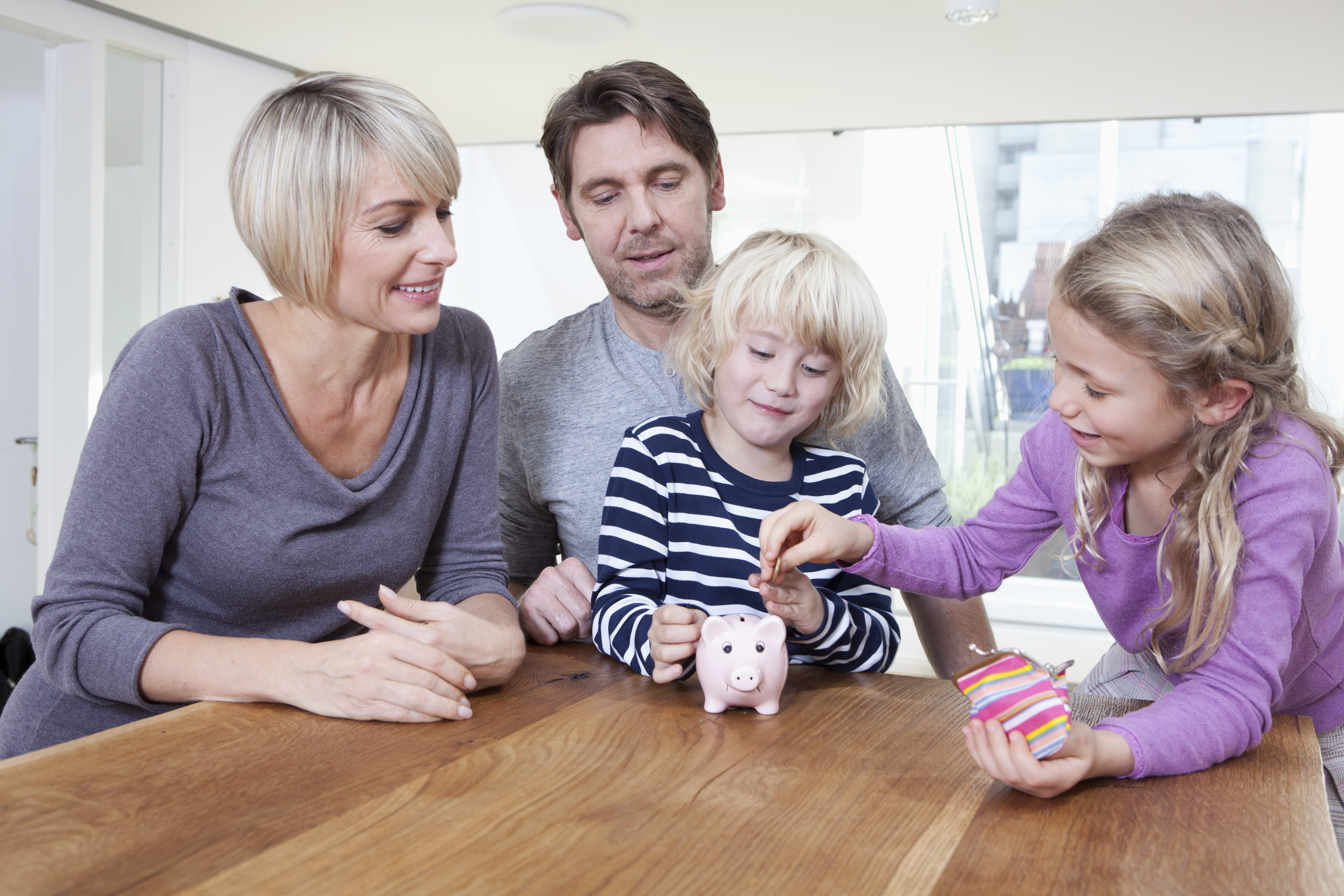 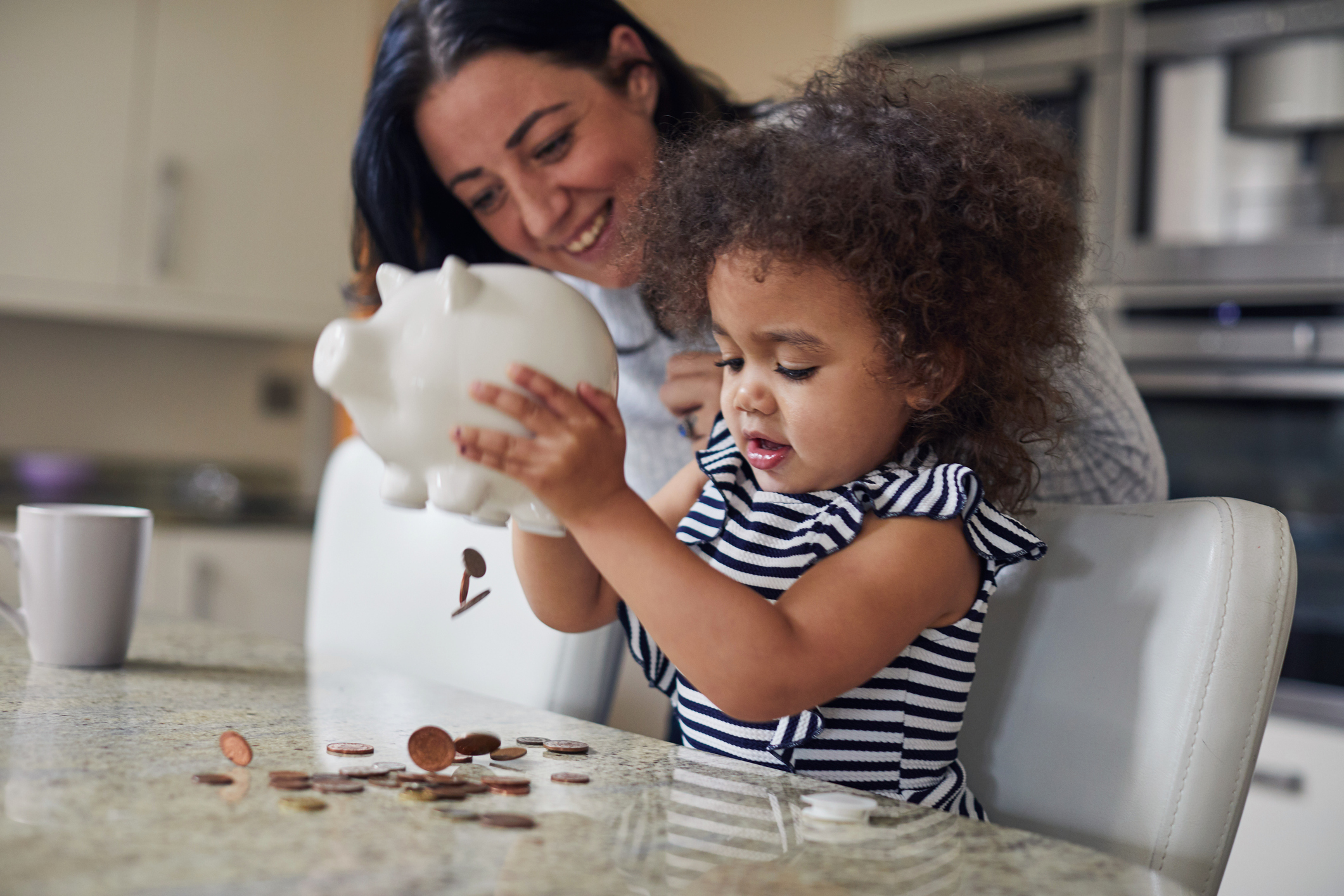 A survey of 2,000 American parents with children aged 8–14 revealed 83% of parents would have liked to learn more about finances growing up.

In fact, 13% said their parents didn’t speak to them about money at all, which might have contributed to the 59% who feel uncomfortable speaking about finances.

Conducted by OnePoll on behalf of Chase, the survey revealed — of those respondents — 32% are uncomfortable speaking about finances with their own children.

Results revealed 82% are looking for additional resources to help teach their children about good financial habits, and 68% have had the ‘money talk’ with their children.

The survey also found the pandemic pushed parents to speak more openly to their kids about money.

Parents are now more likely to speak about their own past financial mistakes (35%), talk to their kids more about saving (30%) and be more open about their financial situation (30%) than pre-pandemic.

And these efforts might be paying off, as the survey also spoke directly to respondents’ oldest child (aged 8–14) — and 83% of those children polled felt they already know how to handle their money responsibly.

According to respondents, 70% have taken steps to instill good financial habits, with parents and kids working on saving for a goal (40%), giving kids an allowance (37%) and helping them with an entrepreneurial venture, like a lemonade stand or a babysitting gig (30%). 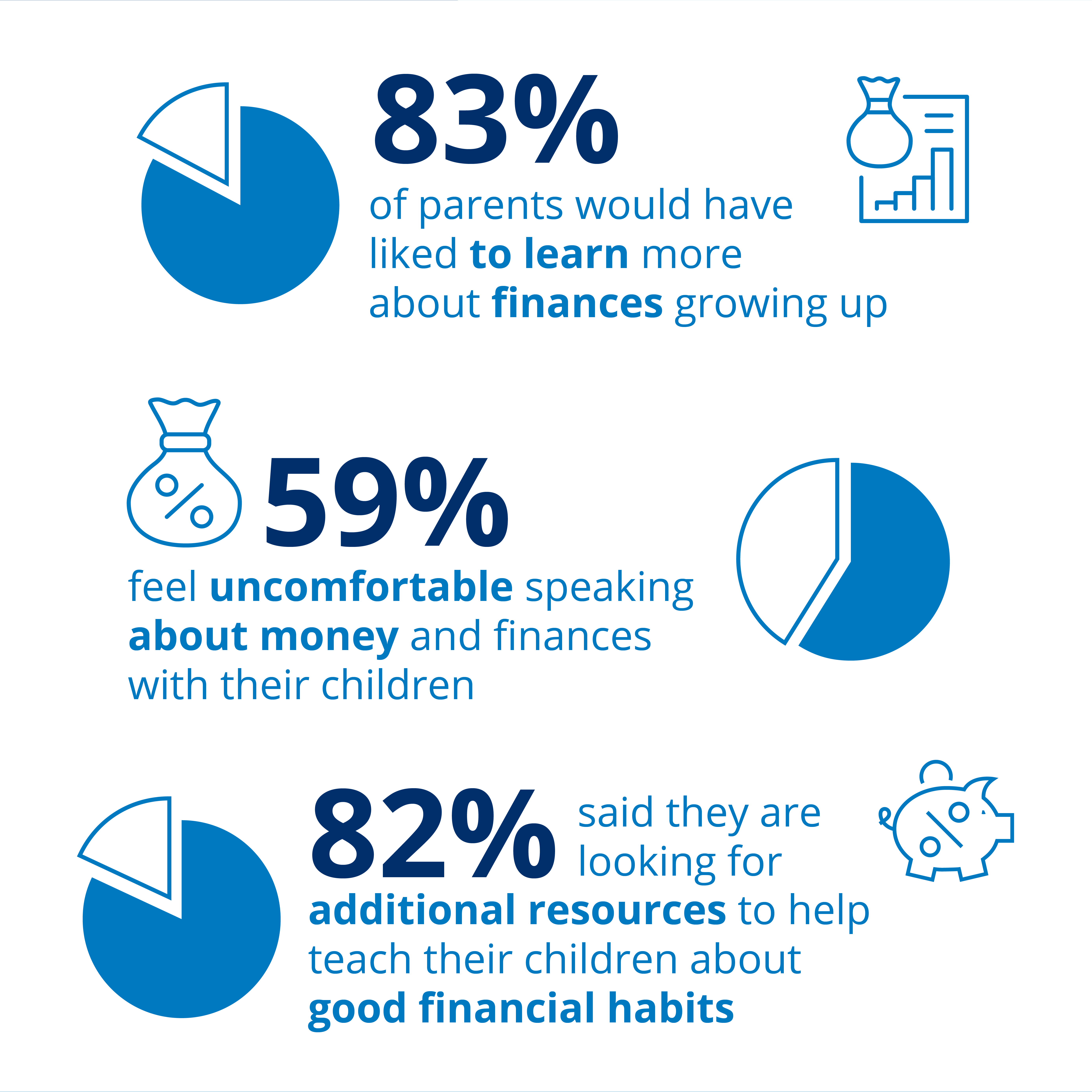 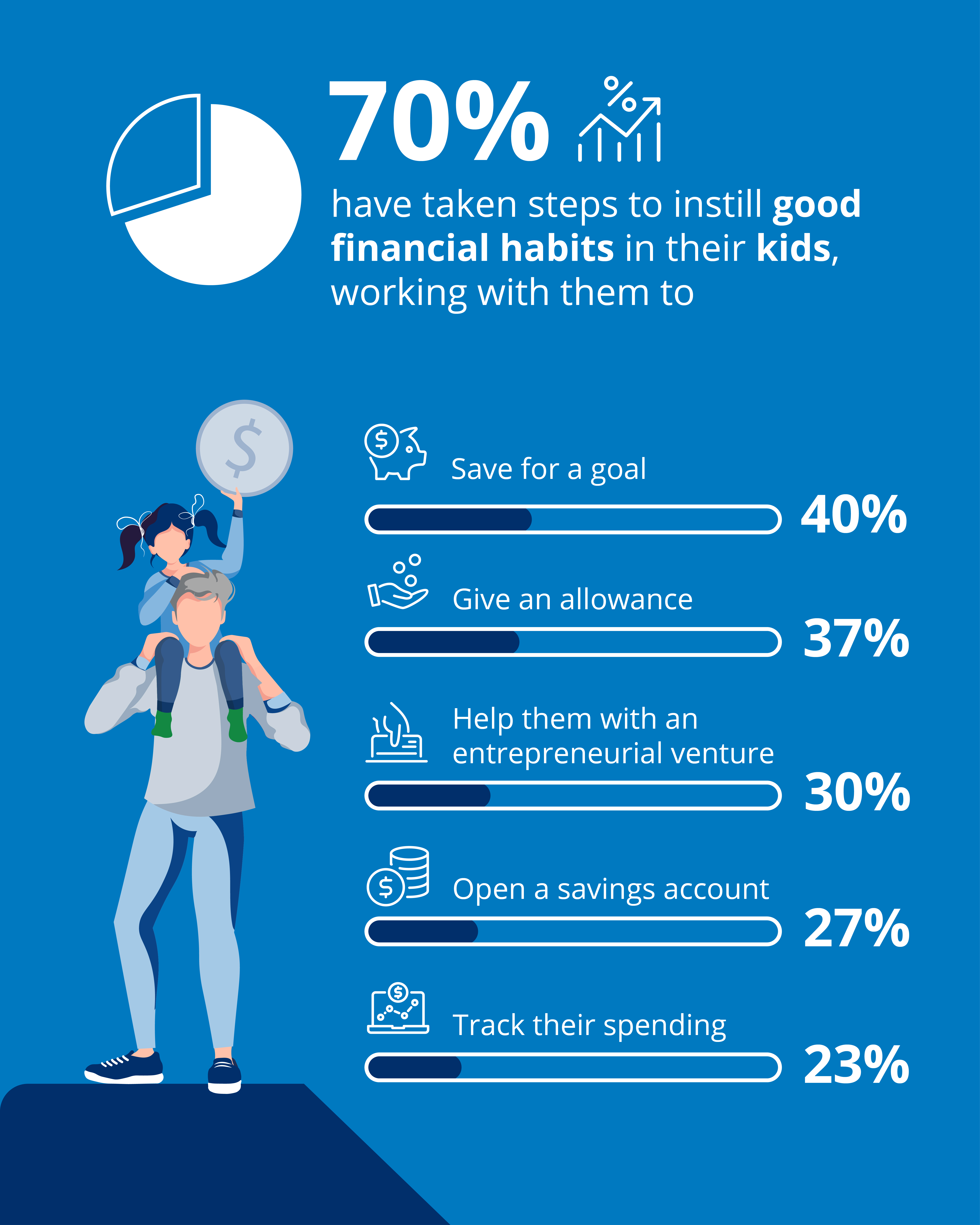 Though at-home habits are popular, just one in four parents surveyed have opened a savings account for their children (27%) and had them track their spending (23%).

And only 19% of these respondents have continued to regularly speak to their children about finances.

“The reality is that kids get exposed to shopping and transactions at a much younger age, so it’s not surprising that many kids feel they know how to handle money responsibly.

What we know is that in order to set up long-term healthy habits, it’s important for kids to see and experience how to manage money basics early,” said Kavita Kamdar, Head of Chase First Banking.

“We want to give kids a product that works similar to a financial health learner’s permit, allowing them the freedom to learn while giving their parents control over on how they spend, save and earn.”

On average, the survey revealed kids begin receiving allowance at the age of eight, earning about $6 dollars per week, with 43% receiving this in cash every week, and 32% receiving it in cash every few weeks or every month.

As the survey also included responses from kids, results found that they think they should earn double that per week — at $12.

And 63% of parents surveyed said it would be helpful to use a mobile app to assist in managing their child’s allowance money, rather than purely giving them cash.

When asked what they do with their money, kids showed they’re interested in planning for the future: children were most likely to save their money, whether that was to spend on a slightly bigger purchase (54%), save it in a piggybank (40%) or put it in a wallet (34%).

And results revealed the average child surveyed already has $148 saved up.

“Savings is one of the most important money habits for everyone and is a muscle you need to continue to exercise throughout your life. It’s key to financial health and it can help people recover faster from emergency expenses and life’s surprises,” said Kamdar.

HOW ARE PARENTS INSTILLING GOOD FINANCIAL LITERACY HABITS IN THEIR KIDS?

HOW HAS COVID-19 CHANGED THE WAYS PARENTS SPEAK TO THEIR CHILDREN ABOUT MONEY?

WHAT DO KIDS DO WITH THE MONEY THEY EARN? 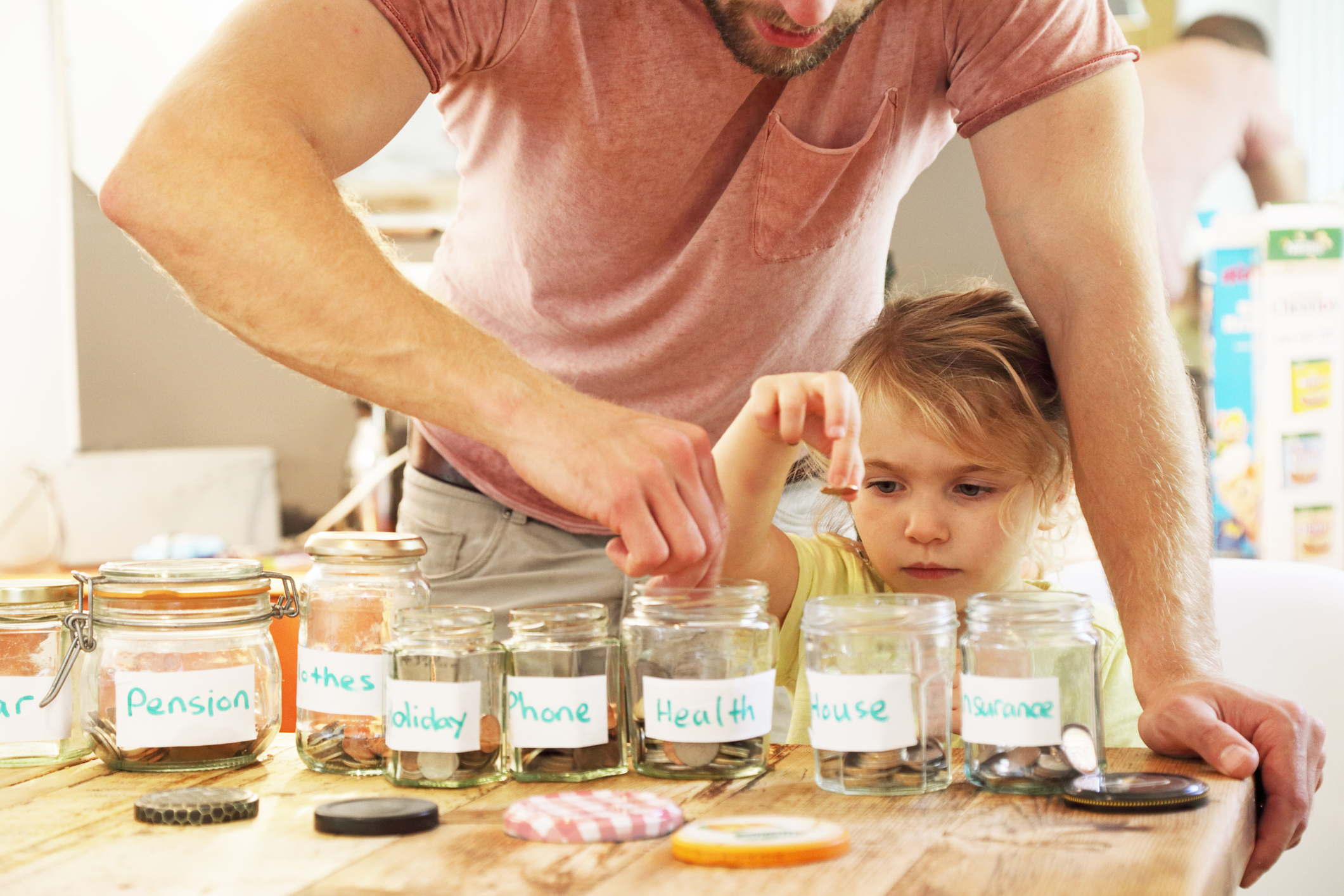 Tags: Americans, learned, Mo, they’, Wish
You may also like
Celebrities News