‘We cannot sacrifice people’s lives for the Olympics’: Almost half of Japan wants Tokyo 2020 SCRAPPED as IOC gathers tomorrow to discuss coronavirus crisis

Doubts are growing in Japan about the Tokyo Olympics, with growing opposition to holding them as scheduled and some urging officials not to risk lives by pressing ahead during the coronavirus emergency.

But with events from the Premier League to NBA basketball scrapped, and Japanese sport also at a standstill, even US President Donald Trump has suggested putting the Olympics on hold. 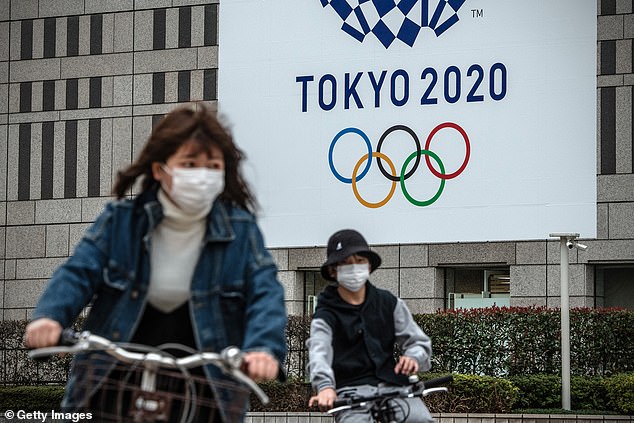 Doubts are growing in Japan about the Tokyo Olympics, with growing opposition to holding them as scheduled – from July 24 until August 9 (Pictured: people cycling in Tokyo last week)

Japan has seen relatively few cases – with 814 testing positive and 24 dead – but some people on the streets of Tokyo voiced concern for the fans that would pour in from abroad.

Koki Miura, a 27-year-old employee at an internet company, told AFP: ‘To be honest, even if Japan overcomes this crisis, we wouldn’t receive visitors from the world. I think we’d better not hold it.’

‘We cannot sacrifice people’s lives for it,’ added Koki, who said the Games should be postponed – if not cancelled outright.

Public opinion in Japan appears to be moving against the games, as a poll for public broadcaster NHK taken March 6-9 suggested 45% were opposed to going ahead as planned, with 40% in favour. 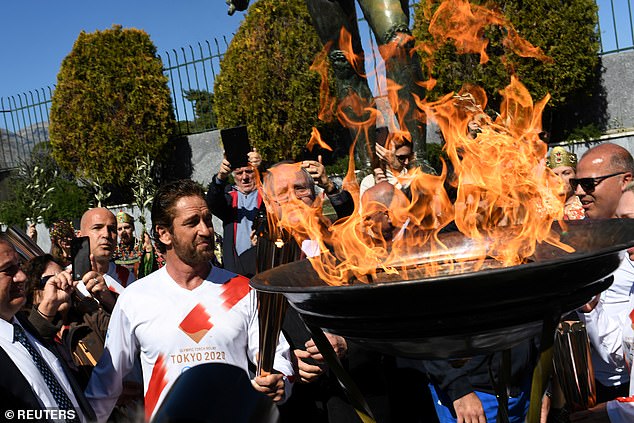 Actor Gerard Butler lights an altar as he takes part in the Olympic flame torch relay for the Tokyo 2020 Summer Olympics in Sparta, Greece last week

Tokyo governor Yuriko Koike has said it is ‘unthinkable’ to cancel the Olympics but the decision rests with the IOC, which is planning emergency talks with international sports federations over the virus tomorrow, according to an IOC source.

Thomas has stressed the IOC will follow World Health Organization recommendations regarding a possible postponement. But he has also acknowledged that the cancellation of qualifying events was already posing ‘serious problems’.

At the beginning of March, Bach said the IOC would show ‘flexibility’ regarding the qualifications for the Tokyo and encouraged ‘all athletes to continue to prepare’ for the Games.

Masao Sugawara, a 90-year-old pensioner, told AFP: ‘Personally, I think it would be safer to postpone the Olympics for a year, just as President Trump said. Look at the panic. Of course it would be disappointing, though.’ 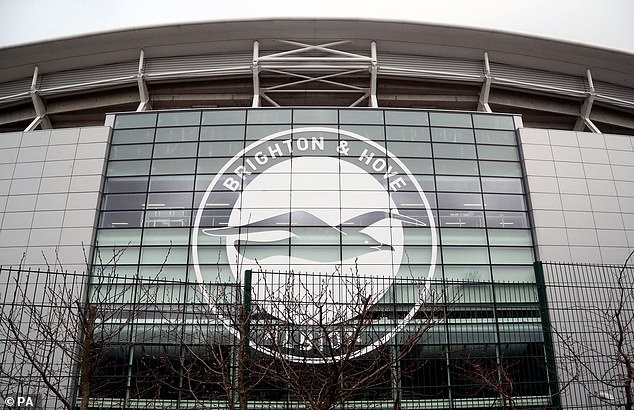 Manfred Otto, 45, a half-Japanese, half-German lawyer, said he was ‘worried’ about the Games and stressed: ‘We really need to be careful.’

‘If the outbreak does not get controlled by June or July, I think we should postpone it,’ said Manfred.

The betting odds are increasingly shifting towards the opening ceremony not taking place on July 24, with bookmaker Paddy Power offering 4-1 against the Games opening on time.

This comes as the virus – which has killed 6,400 people worldwide – shreds the international sporting calendar, with almost no elite sporting action taking place last weekend. 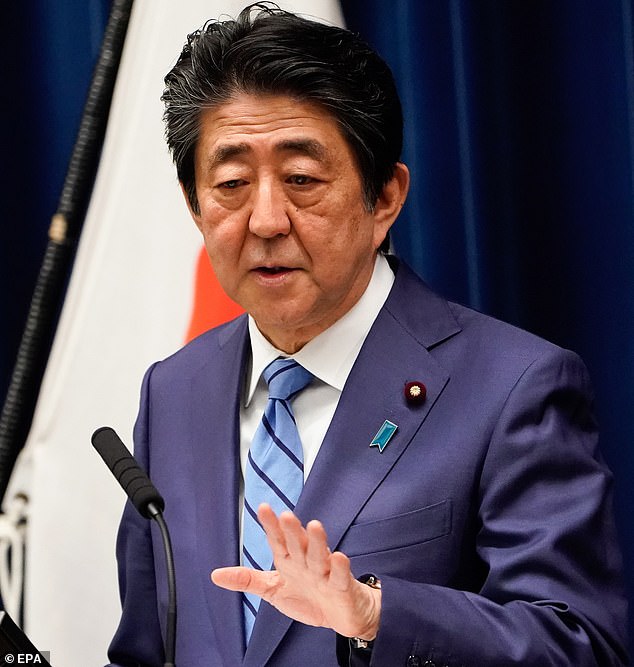 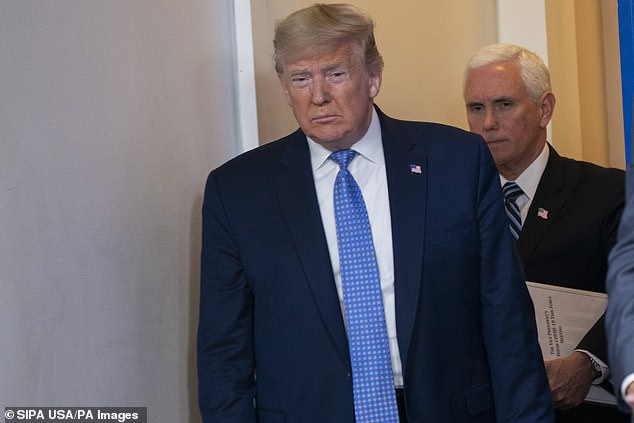 Scrapping the Olympics would be a heartbreaking decision for Tokyo residents who rushed to buy tickets, and authorities whose preparations have won widespread praise – with the majority of venues ready well ahead of schedule.

Hisaya Suzuki, 47, said he had tickets to see baseball, Japan’s most popular sport.

‘It’s a once-in-a-lifetime opportunity, so I really wanted to take my son,’ he said, but added: ‘If there will be negative consequences, it may be wiser to pause it (the Games).’

Masao said the magnitude of the coronavirus trumped sporting considerations: ‘I am 90 years old. Except for wartime, I have never felt so worried.’ 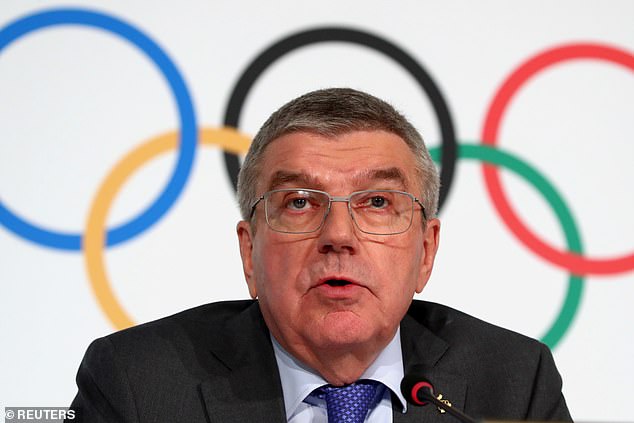 Tags: almost, half, Japan:, of, Tok, wants
You may also like
Celebrities News