Revealed: British police are probing the Gucci fashion family after heiress Alexandra Zarini accused stepfather Joseph Ruffalo of molesting her for years at her Ascot home 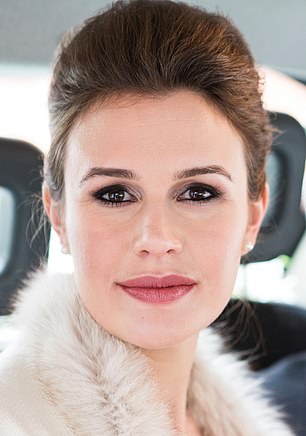 Alexandra Zarini has accused her stepfather Joseph Ruffalo of years of molestation, including at her home near Ascot

Claims of sexual abuse in the Gucci fashion family are being investigated by British police, it emerged yesterday.

Alexandra Zarini has accused her stepfather Joseph Ruffalo of years of molestation, including at her home near Ascot.

Court papers in the US contain allegations that Mr Ruffalo, a former manager for Prince as well as Earth, Wind and Fire, sexually abused her between the ages of six and 17.

The now 35-year-old has told detectives at the child investigation unit in Windsor that much of it took place behind closed doors at Wellsbridge House, her home set among five acres of mature gardens off the high street in Ascot.

Mrs Zarini claims her mother and grandmother knew she was being assaulted regularly but did nothing.

According to the civil claim launched last September in the Superior Court of California, Mrs Gucci and Mrs Palombo ‘tried to avoid, at all costs, what they perceived would be a scandal that could tarnish the Gucci name and potentially cost them millions’.

Mrs Gucci, 58, insists the allegations against her and her 83-year-old mother are completely false. The mother of three says that when Alexandra told her of the alleged abuse in September 2007 she left Mr Ruffalo and divorced him in 2010.

According to the lawsuit, the sexual abuse began when Mrs Zarini was six and not long after her mother had moved her and her younger sister from the UK to live with Mr Ruffalo in Los Angeles. 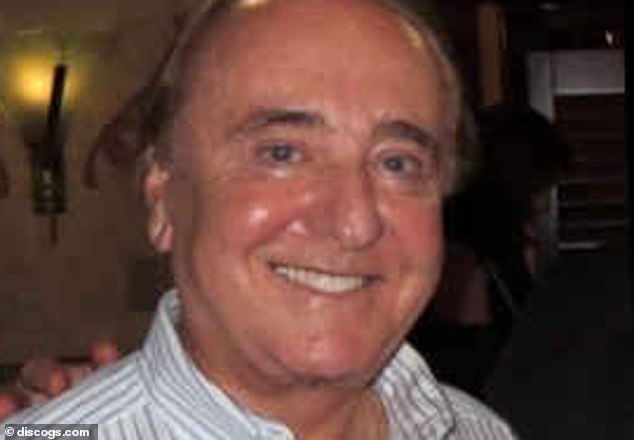 Court papers in the US contain allegations that Mr Ruffalo, pictured, a former manager for Prince as well as Earth, Wind and Fire, sexually abused her between the ages of six and 17

She claims she went to her mother while scared in the night and was encouraged to get into her bed even though Mr Ruffalo was naked. She says she woke in the middle of the night with her hand wrapped around the music producer’s intimate parts and felt ‘scared and confused’.

After Mr Ruffalo and her mother married in 1993 she claims the abuse escalated, with her stepfather coming to her bedroom late at night, often drunk on whisky. She says she became ‘haunted by the sound of Ruffalo’s ice clinking in his glass as he walked toward her room, naked underneath his robe, a warning that he would soon sexually assault her’.

The family returned to live in the UK when she was 13 and the abuse allegedly continued at her grandmother’s Ascot home. Mrs Zarini’s lawyer said the heiress, who attended Hurst Lodge School in the town, expected to be disinherited as a result of the claims.

Deborah Mallgrave, of Los Angeles law firm Greenberg Gross, said: ‘That has always been the expectation. Over the years, every time she brought the subject up with her mother she was told that it would be the ultimate betrayal to the family and she would be disinherited, emotionally and financially. 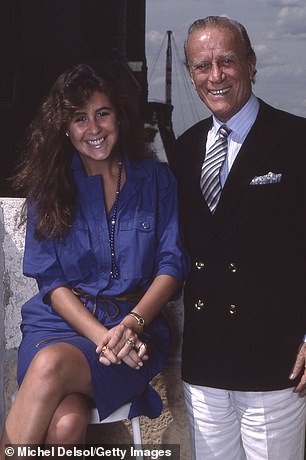 Patricia Gucci is pictured above with her father Aldo Gucci

‘The fact that they have continued to threaten and try to coerce silence is part of the story here.’

The family history stretches back to 14th century Italy and has been tarnished by episodes of tax evasion, family feuds and murder.

Mrs Zarini’s grandfather Aldo was married with three sons when he fell in love with Mrs Palombo, an employee at the Florentine saddlery of his father Guccio.

He turned the business into a global brand with the family name becoming the famous interlocking GG logo. His daughter Patricia was raised in the UK and also attended Hurst Lodge School – the alma mater of the Duchess of York and actress Juliet Stevenson.

Once described by the New York Times as ‘the most eligible girl in the world’, she married Sante Losio, a Venetian wine dealer and Alexandra’s father.

In a statement last year when Mrs Zarini’s claims were first made in the US, Mrs Gucci, who lives in Switzerland, said: ‘I am deeply sorry for the pain Joseph Ruffalo caused Alexandra.

‘What he did to her is inexcusable and I was devastated when she disclosed everything to me at our family doctor’s office in London in September 2007. ‘I immediately initiated divorce proceedings against Mr Ruffalo and set about healing my family through counselling. I am equally devastated by the allegations against me and her grandmother, which are completely false.’

Jill Basinger of Glaser Weil, Mrs Gucci’s US lawyers, said: ‘My clients have responded to appropriate law enforcement inquiries regarding the allegations of abuse.

‘They have also denied the allegations that they were aware of said abuse. Indeed, they only became aware of the abuse when Mrs Zarini told them about it at the age of 22, at which point Mrs Gucci immediately sued for divorce. They will continue to support her healing in any way possible.’

Mrs Zarini claims the abuse led to mental health disorders, drug-taking and an overdose in her teens. She later attended a rehabilitation centre in Arizona and says she has become financially independent from her family.

She lives in Germany with her husband, 38-year-old businessman Josef, with whom she has a four-year-old child. He describes his wife on social media as ‘the bravest woman I know’.

‘While married to Alexandra’s mother, Mr Ruffalo and his wife were greatly concerned about the mental wellbeing of Alexandra and took steps to address her instability. Apparently their efforts failed,’ he said.

Mrs Zarini is demanding unspecified damages for negligence, sexual battery, intentional infliction of emotional distress and gender violence. She has pledged to donate any damages, after legal costs, to her charity, the Alexandra Gucci Children’s Foundation.

Miss Mallgrave said: ‘She believes her grandfather, Aldo, would support her efforts. This is a good thing coming out of a tragedy. It’s about using the family name for something good.’

A Thames Valley police spokesman said: ‘In January 2021, Thames Valley Police received a report of historic sexual abuse alleged to have taken place in Ascot between 1998 and 2002. An investigation is ongoing; no arrests have been made.’

The Gucci family has not been directly associated with the brand since 1993 when Maurizio Gucci sold out. The current owner is Kering, a French luxury group.