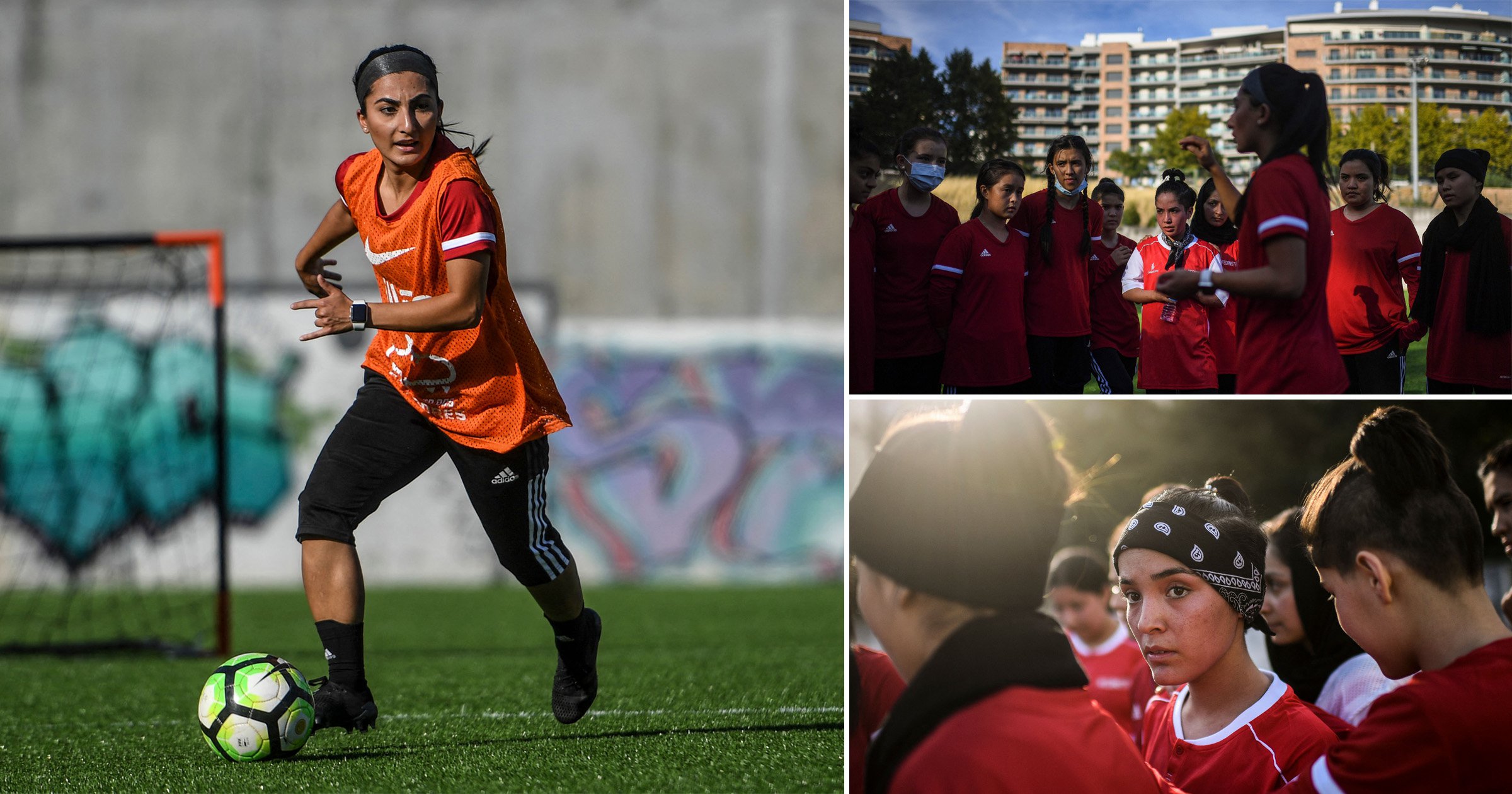 Players from Afghanistan’s girls’ football team have reportedly been granted visas to come to the UK.

Some 111 players, coaches and family members of the squad are set to be given the green light for a safe and permanent home away from the Taliban, according to The Sun.

But female Afghan players have been given asylum by Portugal and it is unclear which country they will end up in long-term.

The group had been living in Pakistan on temporary visas since fleeing their homeland after the takeover – and faced being sent back once their asylum period ran out.

The girls were recently surprised by the captain of the women’s team, Farkhunda Muhtaj, who lives in Canada and helped to get them to Lisbon, where she then trained with them in their first session for months.

Campaigners have been calling for the younger group to be given permanent sanctuary in the UK, amid fears they would be persecuted by the new Afghan government and stopped from playing football.

Leeds United was among a number of organisations who urged the Government to grant the girls asylum.

Now a source close to Home Secretary Priti Patel has told The Sun: ‘At the heart of Priti’s new Afghan resettlement scheme is the protection of women and girls.’

They added that the team ‘will be able to make the UK their home, free from fear and persecution’.

Last month, Leeds chairman Andrea Radrizzani offered to place all the players in its youth development teams and said his club stood ready to ‘give the girls a prosperous and peaceful future’.

Kashif Siddiqi, who co-founded the Football for Peace charity which led the campaign to help the girls, thanked Ms Patel and Prime Minister Boris Johnson for ‘giving these players a future’.

The UK left some people behind during a rushed evacuation of Kabul and faced criticism for not taking enough people in, and abandoning some who helped during the country’s military mission in the country.

The Conservatives’ wider approach to refugees and immigration has also been widely criticised.

Following the Home Secretary’s speech to the party conference on Tuesday,  Green MP Caroline Lucas accused Priti Patel of ‘(Whipping) up divisions over people seeking asylum, eg referring to those who “seek to take our country for a ride”.

Tags: Afghanistan, football, sport
You may also like
Celebrities News