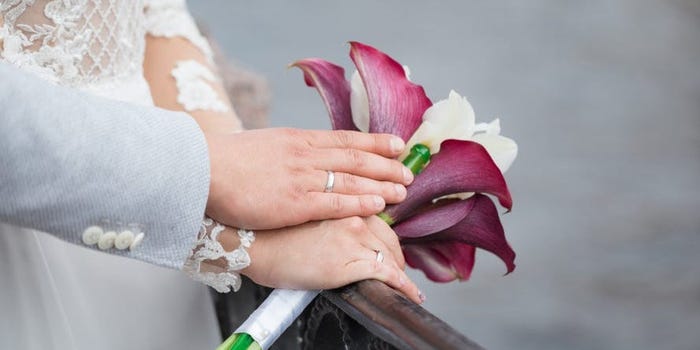 A British woman is set to spend several months in jail after pretending to be diagnosed with cancer to collect enough money to throw her dream wedding ceremony, fooling not only her close friends but also her now-husband.

Toni Standen,29, was sentenced to five months behind bars for faking the illness, according to the New York Post. She first started her fraudulent claims that cancer spread throughout my body three years ago to news publications, according to the NY Post.

"It's gone to my brain, my bones — it's everywhere," Standen claimed, according to the outlet.

Earlier this year Standen said she only had two months to live, according to the Sun.

The Mirror reported that Standen's final request was for her father to accompany her down the aisle at her wedding.

To help Standen — who was unemployed — her friends started a GoFundMe in an effort to raise enough money for the occasion to provide "Toni and Jim The Wedding They Deserve" last year, the Sun reported.

The fundraiser was able to raise more than $11,000 to fund her wedding plans, which included a honeymoon to Turkey, a day her father wasn't able to experience because he passed away before the ceremony, as the Sun reported.

According to the Mirror, people started questioning Standen's diagnosis when she started to travel in Europe with her husband, and then she claimed that she contracted COVID-19. When asked by her friends, she admitted to her fabrications.

"We rang her for a three-way conversation and recorded it. We asked her straight: 'Have you really got cancer?" a friend of Standen told the Mirror. "She started crying and admitted it was all lies. We ended the call and phoned the police straight away."

"You made up an illness to gain the sympathy of your friends and sat back and watched as they raised money to support you," District Judge Nicholas Sanders told Standen at Chester Magistrates' Court while be sentenced for fraud,  according to the Sun.

A UK woman was arrested after smashing 500 liquor bottles on a supermarket floor, reports say

A 30-year-old British woman traveling through a London airport was arrested after authorities found about $2.6 million in her luggage, report says

A Tennessee man was arrested after telling a Black woman he would 'hang' her from a tree because she took his parking space, police say