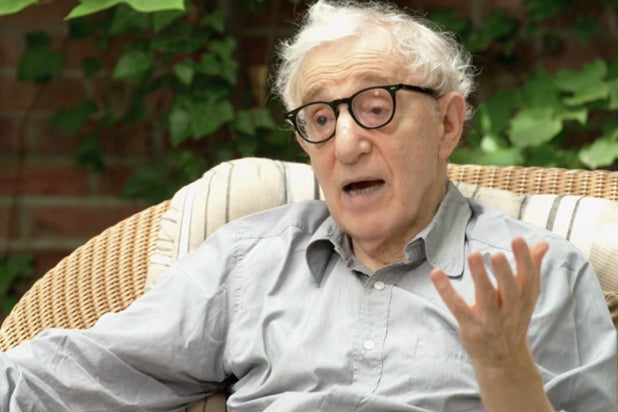 Woody Allen lashed out at all the actors who have publicly condemned him in recent years and expressed regret about having worked on his films — or refuse to act for him again.

“I think they’re well-meaning but they’re foolish,” the filmmaker said in a new CBS News interview released on Sunday. “All they’re doing is they’re persecuting a perfectly innocent person and they’re enabling this lie.”

In the interview, which was recorded last July after the publication of Allen’s memoir “Apropos of Nothing,” Allen repeated his previous denials that he had sexually molested his then-7-year-old daughter Dylan Farrow in 1992. The accusations, which were investigated at the time, resurfaced in mid 2010s and led many to take a public stand against the filmmaker — particularly after the emergence of the #MeToo movement in 2017.

Stars such as Kate Winslet (“Wonder Wheel”), Mira Sorvino (“Mighty Aphrodite”), Elliot Page (“To Rome With Love”) and Colin Firth (“Magic in the Moonlight”) all expressed regret about working with Allen or said they would not act in a future project with the four-time Oscar winner.

In addition, Timothée Chalamet, Rebecca Hall and other stars of “A Rainy Day in New York” donated their salaries from the film to charity. The rom-com was filmed in 2017, but Amazon dropped plans for 2018 release after Dylan Farrow resurfaced accusations that he molested her in 1992 when she was 7. The film received a nominal North American release in fall 2020.

Elsewhere in the CBS interview, Allen repeated his denial of Dylan Farrow’s “preposterous” accusations that he molested her in 1992 in the midst of a bitter custody battle with his ex Mia Farrow, with whom he had three children (son Ronan and adopted children Moses and Dylan).

“It’s so preposterous and yet the smear has remained,” Allen told CBS’ Lee Cowan in an interview taped last July after the publication of Allen’s memoir, “Apropos of Nothing.” “And they still prefer to cling to, if not the notion that I molested Dylan, than the possibility that I molested her. Nothing that I ever did with Dylan in my life could be misconstrued as that.”

The new interview was broadcast just weeks after HBO aired a new four-part docuseries, “Allen v. Farrow,” that re-examined the sexual abuse and child molestation accusations against him and included new and previously unseen footage from Dylan Farrow, Mia Farrow and other family and friends that bolstered the case against Allen.