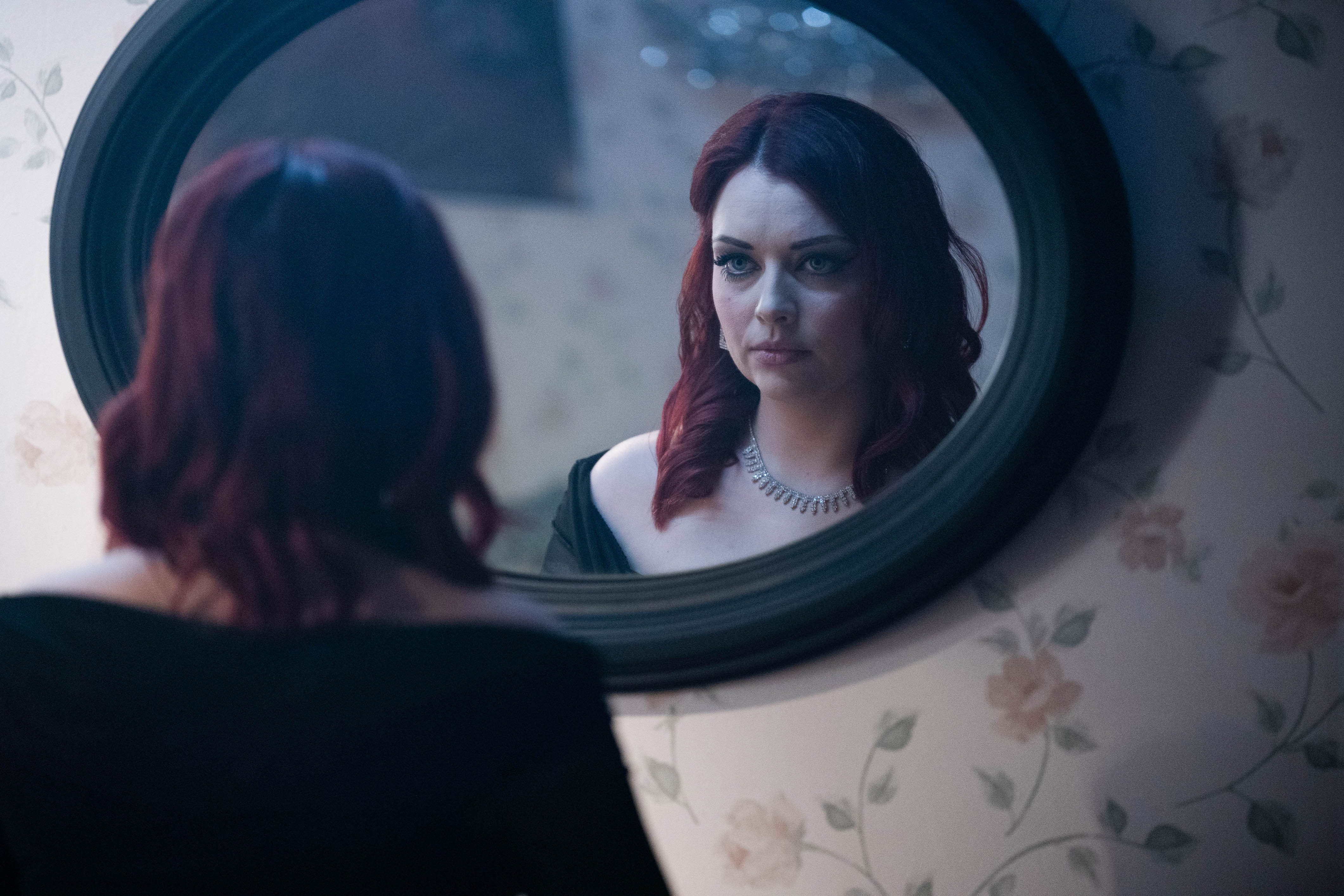 Whitney Dean (Shona McGarty) is on a mission to expose Gray Atkins (Toby-Alexander Smith) after discovering his killer secrets in EastEnders.

The stalwart of the serial drama had her suspicions that Gray isn’t the kind-hearted soul he claims to be, and thus she set out to find out all there is to know about him.

She made a huge discovery earlier this week, after a comment from Eve Unwin (Heather Peace) led her to find out that Chantelle (Jessica Plummer) had been using a forum prior to her death.

Whitney, however, encountered a huge obstacle when she was unable to find out what the password to Chantelle’s account was.

Desperate to ensure Chelsea Fox (Zaraah Abrahams) does not make the biggest mistake of her life in marrying sinister Gray, she investigated some more during Thursday’s (December 23) offering on the BBC One soap.

After paying bride-to-be Chelsea a visit at No. 1, she proceeded to snoop through the kitchen drawers, hoping to find anything of use.

Her quest proved fruitless – that is, until Mia revealed in passing that she used to call her mum: ‘Curly Queen’.

Whitney, wasting little time, took out her phone and successfully gained entry to the forum with Chantelle’s details. CurlyQueen was the password!

Upon returning home, she read through Chantelle’s posts, horrified to discover that Gray had been physically and verbally abusive towards her.

Whitney will ultimately come to the conclusion that Chantelle died at Gray’s hands, and Christmas Day’s outing of the serial drama will see her get ready for the wedding, desperate to put a stop to proceedings.

These pictures preview the scenes in question.

But armed with the truth about killer Gray, will Whitney succeed in exposing him and thus save Chelsea from a life of horror?

Or will Gray, yet again, manage to evade justice?

EastEnders airs these scenes Saturday December 25 at 9:35pm on BBC One.