Death in Paradise season 10 begins on BBC One tonight (January 7) at 9pm as the popular crime detective drama returns once again. On these cold winter nights, the show will transport viewers to the sunnier climes of the Caribbean. Here’s everything you need to know about where the show is filmed and what the stars have revealed about it.

Where is Death Paradise filmed?

The BBC’s long-running crime drama is set on the beautiful fictional island of Saint Marie.

Located in the Lower Antilles in the Caribbean, the setting is a British Overseas Territory.

The island is known on-screen for its beautiful beaches, sunny weather and an incredibly high crime rate.

Back in season three, the island was described to be “one-tenth of the size of its north-west neighbour Guadeloupe”. 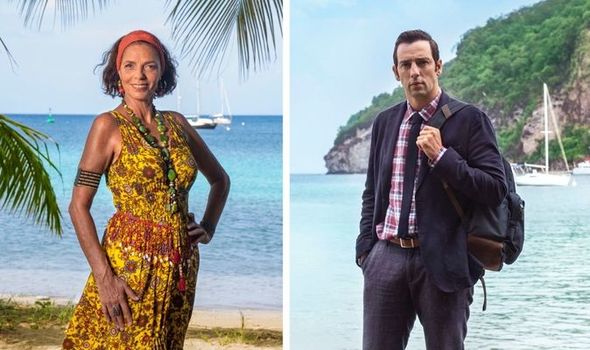 We will use your email address only for sending you newsletters. Please see our Privacy Notice for details of your data protection rights. Death in Paradise: Ralf Little’s partner put foot down over UK return

The history of the fictional island is it was handed from the French to the British in the 1970s, which is why the French language is widely spoken.

The real location of the island is in Guadeloupe where the series is filmed for six months every year.

In particular, the town of Deshaies doubles for the capital Honoré but there are a number of locations used across the islands.

Not all of the iconic locations are real as the Honoré Police Station is actually filmed in the priest’s office in the local church in Deshaies. 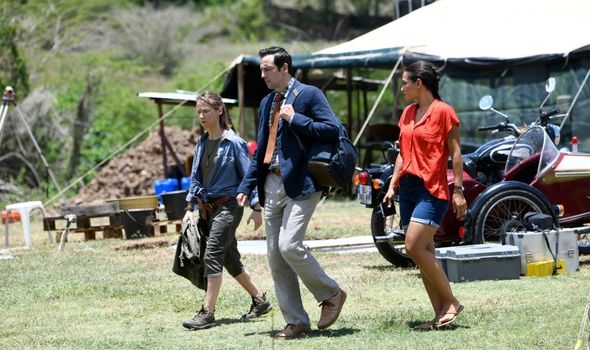 Catherine Bordey’s (played by Élizabeth Bourgine) bar is located on a beach terrace on the northern end of the bay.

One of the most iconic locations for viewers is the Beach Hut where the detective lives each season.

The spot can be found at Anse de la Perle beach north of the town of Deshaies. 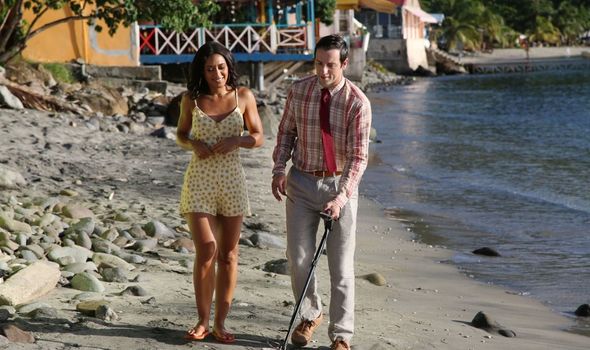 Speaking to media including Express.co.uk, Neville Parker actor Ralf Little explained how he found it.

He said: “There’s two narratives about this show and both of them aren’t quite fair.

“One is that, ‘Oh it’s a big old jolly because look how beautiful it is.’

“And the other narrative is the exact opposite which is, ‘Oh you wouldn’t believe how tough it is, it’s a nightmare, it’s really difficult to be hot.’

“I’m feeling incredibly lucky to be here but it’s a physically demanding show there’s no two ways about it.

“And it comes with its own set of challenges and you have to overcome them.”

Executive producer Tim Key also revealed how grateful they were for the island of Guadeloupe letting them film there this year despite the pandemic.

He said: “I mean we have nothing without Guadeloupe and without the local teams.

“A lot of them are sort of family to us because we’ve known them for so long.”

Death in Paradise airs on Thursdays on BBC One.