The CBS sitcoms The Neighborhood and Bob Hearts Abishola often follow similar schedules. When a new episode of one show airs, the other usually has a new episode as well. However, when a TV special like One Last Time: An Evening with Tony Bennett and Lady Gaga airs on Dec. 20, 2021, they both lose their primetime spot for the night. Though it leaves fans asking when new episodes of The Neighborhood come back? Here is when you can expect Cedric the Entertainer and Max Greenfield to return to CBS. 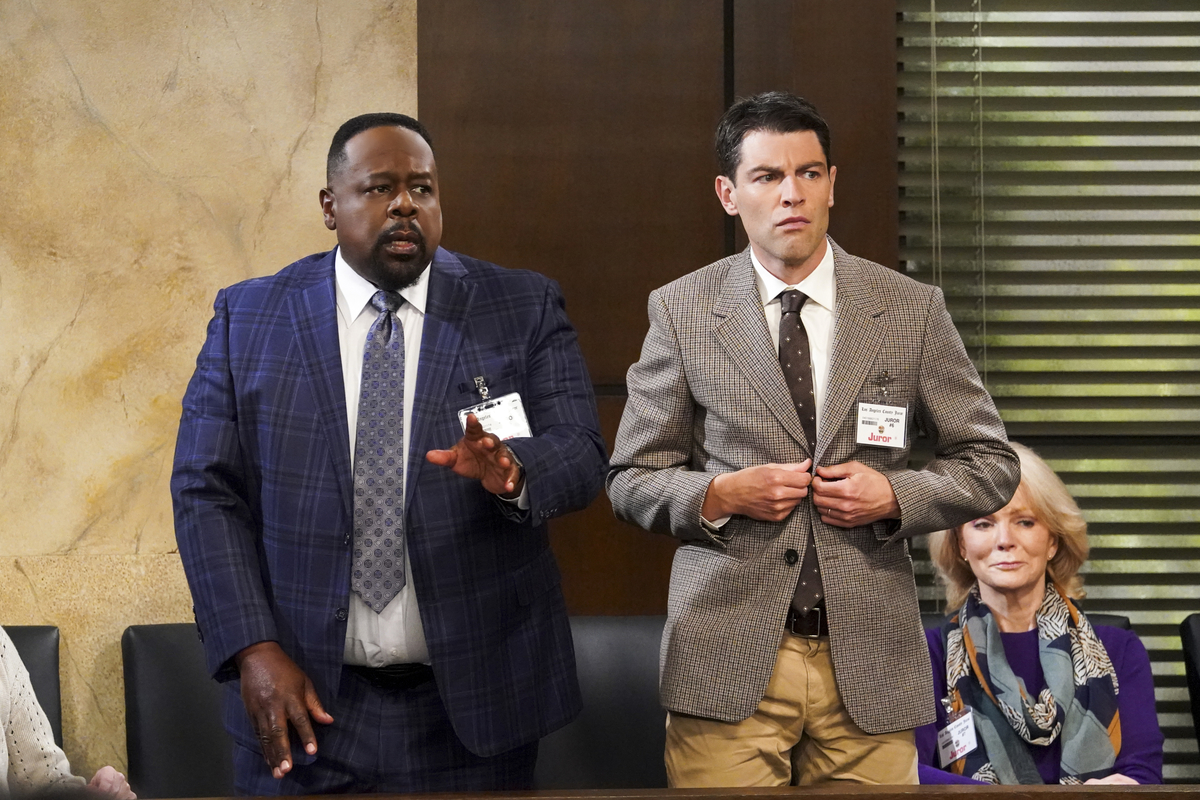 When does ‘The Neighborhood’ come back with new episodes on CBS?

The Neighborhood Season 4 started on Sept. 20, 2021, and aired new episodes every Monday at 8 pm EST on CBS. However, there were a few weeks where the season was delayed for reruns or holiday specials like Rudolph the Red-Nosed Reindeer.

The Neighborhood comes back with new episodes on Jan. 3, 2022, with the episode “Welcome to Jury Duty.”

In December 2021, The Neighborhood only had one new episode, “Welcome To The Splurge,” where Calvin Butler (Cedric the Entertainer) bought an expensive new jacket. However, he stepped into the crosshairs of Grover’s (Hank Greenspan) new friend, a wild and messy girl named Thatcher (Lilly Sanchez).

Tina (Tichina Arnold) finally convinced him to wear the jacket out, but it almost ended with the expensive clothing ruined. Dave (Max Greenfield) and Gemma (Beth Behrs) had their own issues.

Does ‘The Neighborhood’ air tonight with a new episode or rerun?

As the holiday season approaches and Christmas specials hit television stations, some TV shows like Bob Hearts Abishola and The Neighborhood see their seasons delayed.

Both Bob Hearts Abishola and The Neighborhood have no new episodes or reruns on Dec. 20, 2021.

However, on Dec. 27, a rerun of The Neighborhood Season 3, Episode 3, “Welcome to Couples Therapy,” airs.

As for the next new episode of The Neighborhood, CBS has teased some details about the next chapter for Calvin Butler, Dave Johnson, and other fan-favorite characters.

What is the next episode for the Butlers and the Johnsons?

When The Neighborhood Season 4, Episode 10 comes back to TV, here is everything you need to know about the return.

In the episode “Welcome to Jury Duty,” Calvin and Dave find themselves in the courtroom.

“Calvin and Dave are both chosen to serve as jurors on the same trial. Also, Malcolm and Marty get a big surprise when they fail to ask what the movie’s about after they rent out their house for a film shoot,” the official description reads via Futon Critic.

It sounds like Malcolm (Sheaun McKinney) and Marty (Marcel Spears) are in for their own hilarious hijinks when The Neighborhood comes back with new episodes on Jan. 3, 2022.