Between introducing Aaron Paul’s new character, his aggro crime-finding app Rico, and a predictive A.I. guiding every function of the modern world, there’s a lot going on in the “Westworld” Season 3 premiere — and also, compared to last season, very little. When you set aside all the world-building (which, to be clear, is the most fun part of HBO’s semi-rebooted tech drama), what you’re left with are three pretty basic plot developments (four if you count the post-credits preview of next week’s episode — you did watch all the way through for Thandie Newton’s bonus scene, right?).

If you picked up all the above, you can proceed to next week’s episode without worry, and “worry-free” feels like the show’s new vibe. Instead of toying with timelines or jamming every character arc into each overlong episode, Season 3 presents a stripped down, action-forward version of “Westworld” that’s still 68 minutes long, but less complicated than last year’s over-developed iteration. Though fans can dig for added meaning in every detail all the same, there’s no obvious maze to solve. We’ve moved out of the park, leaving those puzzles in the past. Conspiracy theories will abound and plenty of twists are undoubtedly in store — because hey, this is still “Westworld” — but the Season 3 premiere sets a new precedent: Don’t worry about getting ahead of the game, just worry about enjoying how it plays out.

And worry we shall. Without an emphasis on the maze, creators Jonathan Nolan (who directed this week’s episode) and Lisa Joy (who co-wrote the premiere with Nolan) set up a fresh challenge for their long-in-the-works Season 3: Can “Westworld” function as a thriller instead of a mystery box? The answer is unclear after just one episode, though positive and negative indicators go off as loud as an ATM bomb. So let’s find the good and bad in Episode 1, starting with its most vital story line: Caleb’s.

First of all, I just have to ask: Are Nolan and Joy secret fans of “The O.C.”? If so, naming Paul’s fiber-running, bank-robbing member of the 99 percent “Caleb Nichols” is a pretty great joke — after all, it’s only an “s” away from the Fox soap opera’s favorite real estate mogul / epitome of the 1 percent Caleb Nichol, and few series could be further removed from the lofty ideals of “Westworld” than a nighttime melodrama focused on cage fighting and kissing booths. But I digress. The most telling detail of Caleb’s intro isn’t his name; it’s the opening shot. As Paul’s daily grind begins, he wakes up in the same fashion as the hosts in Westworld. Everything from his framing to his position in bed evokes how Dolores used to wake up when her day/life started over, which could indicate one of two things: Caleb is a host, or Nolan and Joy want you to think Caleb is a host. The latter could indicate they’re setting up a twist, or it could simply mean they want their audience to understand the parallels between Caleb and Dolores, so when they team up, it makes sense.

And it does already make sense. Caleb, like Dolores, is trapped in a system that doesn’t reward his progress. He’s working hard (alongside his robot buddy George), showing up on time (for all his money-making duties), going on interviews for better positions… and he just can’t get anywhere. Caleb tells his “friend” Francis over the phone that he has to keep his “score up,” referencing a point-based social grading system that dictates his future success. But even when Caleb does the right thing, he’s stuck. When he does the wrong thing — aka using his not-so-secret app, Rico, to sign on for illegal anonymous missions — he’s stuck. No matter what, he’s stuck. 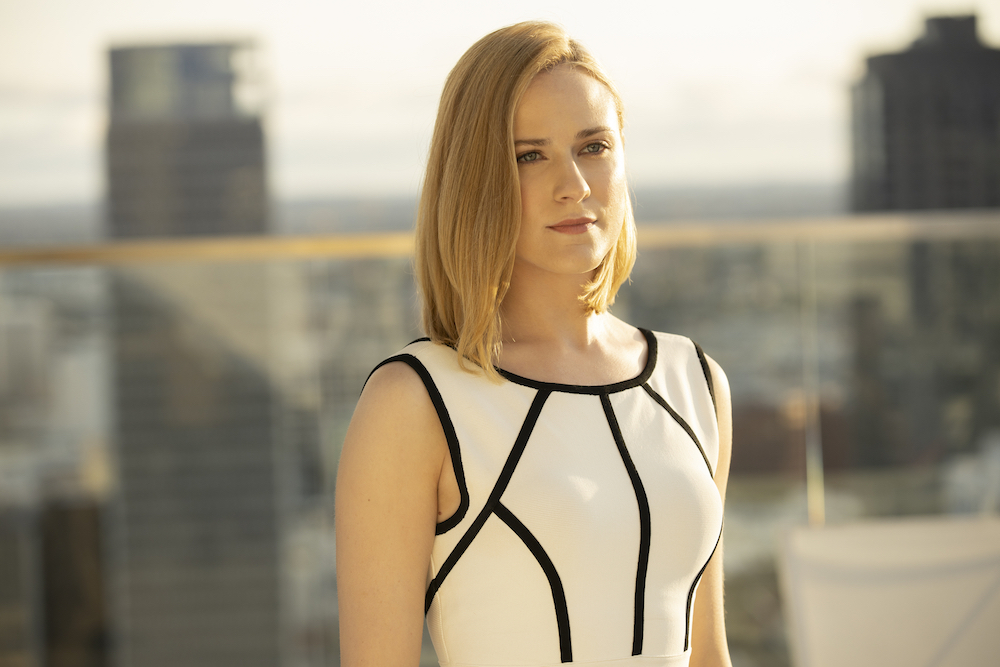 Until Dolores sets him free. It’s what she promises everyone, including the newly christened widow from the Episode 1 opener — after killing her abusive husband, Jerry, stealing his billions, and hijacking the confidential files he kept from an old job at Insight — and it’s what she’ll surely offer Caleb in the coming weeks: a revolution. Episode 1’s title, “Parce Domine,” comes from a Christian song that translates roughly to “Spare, Lord, spare your people” — Aptly, Dolores calls herself a god during the episode, saying, “The real gods are coming, and they’re very angry.” Who she spares comes down to who she’s not angry with, which are very few actual humans.

So what remains to be seen is how Caleb will be useful to her: An all-powerful robot with unlimited funds and the ability to control anything with an electric current doesn’t seem like she’d need a hand from a lowly human. (She’s even plenty handy with weapons, rendering his military background redundant.) Will she spare him because he’s actually a robot? Will their connection be… personal? Romantic? Caleb sure seemed pretty hung up on his combat buddy Francis, but “Westworld” stopped short of labeling them anything more than platonic soldiers.

While the app, Marshawn Lynch’s T-shirt, and other clever details are enticing, it’s within these ill-defined areas that the first episode struggles. Dolores’ two fight scenes that bookend “Parce Domine” are competently staged and executed; the first, taking place in an electronic fortress turned against its owner, is sleek and cool; Nolan captures Jerry’s growing terror in a satisfying beat-by-beat entrapment. The final fight — starting when Dolores wakes up and chases down the Insight employees who kidnapped and tried to kill her — is the first’s counterpoint: messy and random. Dolores gets drugged, shot, beat up, but she never stops. Her internal drive to succeed is unstoppable, and the slugfest and shoot-out exemplify as much.

But neither is a stunning action piece. The first feels predictable, down to an ending that’s neat and tidy but unbelievable. (Sure, Jerry is an idiot, but even he would know better than to go after a Westworld host with a golf club.) The latter is overly simplistic. One of the more stylish moments is the long take where Dolores shoots her car captors, leaves the vehicle, and then we watch through the windshield as she finishes off two outside opponents while the rearview camera simultaneously depicts a fleeing security guard, a wounded man who gets run over, and Dolores’ eventual pursuit. It’s cool in an efficient way (as are Wood’s steely takedowns), but it’s not a complicated blocking exercise or a visually striking composition; it just gets the job done, which is what a lot of the first episode feels like.

After the headache that was Season 2, such methodical clarity can be refreshing, but it can also feel lazy. Take Francis and Caleb. Though their vague relationship status remains obtuse to the end, it’s clear from the beginning that Francis isn’t real. His constant calls, how they talk to each other, their lack of emotion — even without the flashbacks to their time in the military, it’s pretty evident Francis isn’t around anymore. Plus, when Caleb gets a call from a prospective employer only to find out a) he didn’t get the job, and b) it’s not even a real person calling to share the bad news, that telling and emotionally resonant moment sets a standard for robo-calls with advanced A.I. 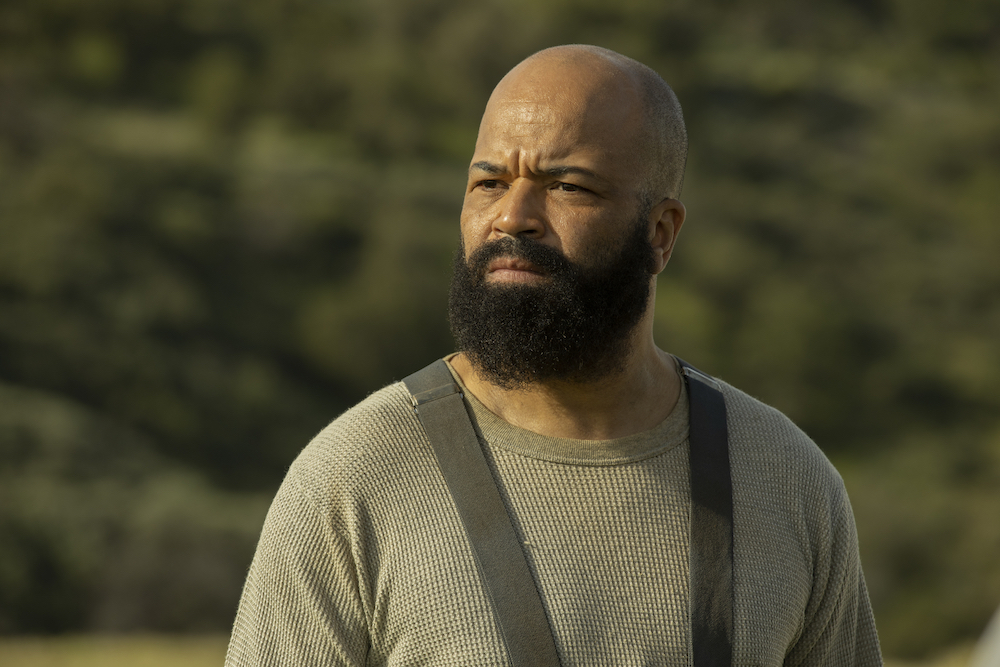 In the old “Westworld,” all of this would’ve been concealed a bit more in order to set up a big twist. Maybe the flashbacks wouldn’t be flashbacks Caleb experiences on his own, maybe they’d be shared memories between two people. Maybe Caleb would have a more jocular tone, brought on by jokes Francis makes or nostalgic references he brings up. Maybe there’d be a line explaining where, exactly, Francis is, so the audience doesn’t spend every call wondering why the two bros aren’t out grabbing beers instead of talking on the phone. And then when Francis says the wrong thing, when the A.I. bot messes up and tells Caleb to believe in the system perpetuating his struggle, that would be the “a-ha!” moment; the big reveal; the twist.

But the new “Westworld” treats it like a matter-of-fact confirmation. The scene isn’t about the reveal, but Caleb’s choice to stop practicing talk therapy with a computer and go do something for himself in the real world. The new “Westworld” grounds itself in Caleb, and because we are invested in his journey (mainly thanks to Paul’s empathetic, world-weary portrayal), Caleb’s decision is what keeps us hooked. Nolan and Joy are smart enough to recognize they don’t need a twist to carry the story when viewers care about the characters. Even though they still structured his arc the same way they would have when setting up a twist, de-emphasizing the moment of truth makes it all the better.

This would be a purely encouraging development if a similar strategy didn’t backfire elsewhere in the episode. Because we don’t care about Liam Dempsey Jr.’s top henchman, the twist that Dolores cloned him in order to infiltrate Insight (you know, the big A.I. company Dolores is trying to infiltrate), comes through with a thud. Caleb and Dolores’ inevitable meet-up feels equally perfunctory — after standing a few feet from her when she’s in the helicopter, he just… finds her… later on… at random? (Of course, if Dolores’ encrypted text to meet up under an overpass was actually sent to Caleb/Caleb’s code/someone controlling Caleb, then this would make more sense.) Condensed arcs for Bernard and Charlotte feel similarly obligatory, as Bernard’s fight scene was fun, but his journey really starts when he heads back to Westworld at the end of the episode (and Charlotte is just delivering exposition, instead of expounding on who’s controlling her host body).

After facing lower ratings and worse reviews in Season 2, the Season 3 premiere needed to deliver an entertaining hour of television. Also, given how much time has passed between that mid-2018 finale and this Spring 2020 premiere, a convincing reboot of both story and style could go a long way. Moving out of the park certainly sparked interest, as did Paul’s always welcome presence, and the rest of Episode 1 got enough right to spark hope for the new season. But it’s too early to call Season 3 a revolution — “Westworld” hasn’t changed enough to earn that title.