This weekend saw box office of $20 million, with about half of all theaters open. (That’s enough to access about 80 percent of the potential audience.) By next weekend, most of California will be permitted to operate.

No wide films opened this weekend. The top two titles — “Raya and the Last Dragon” and “Tom & Jerry” — account for nearly half of the business and also are available for home viewing.

The top 10 this weekend has only three titles concurrently available at home, but that didn’t seem to boost totals. Roughly 2.5 million tickets sold this weekend. Business overall went down 25 percent from last weekend, mainly because of the dearth of new titles.

“Raya,” Disney’s new non-sequel animated title, held on to #1 with a 35 percent drop. Family films tend to hold better than most in the second weekend. With its A Cinemascore and an uptick in available screens — and a disappointing opening — it might have hoped for better, but at least it can claim top spot again.

It’s made $16 million in North America ($52.6 million worldwide) along with unreported $29.99 PVOD rentals through Disney+.

We don’t know what “Raya” made through Disney Plus — but the studio does, and it now has the results of three top titles made available in different ways. For domestic customers, “Mulan” was a similarly priced PVOD, with no theaters. “Soul” was free for Disney+ subscribers, and no theaters. “Raya,” the least known of the three, has the premium PVOD offering plus theaters.

Figure the studio is assessing its tightly held numbers to plan near and longer-term strategy. It also knows Cinemark, Cineplex in Canada, Harkins, and other exhibitors boycotted “Raya” (which may have decreased grosses by perhaps 20 percent). Sometime in the next few weeks, it will need to decide how to handle the next two releases – Marvel’s “Black Widow” May 7 and “Cruella” May 28.

When only “Raya” had a per-theater average above $2,000, and only two other titles saw over $1,000 among wide releases, moviegoing enthusiasm remains anemic. Top new films will do much better, but a major Marvel release in prime early May would expect to a PTA of $30,000 or more. Disney will have to decide whether they want to sacrifice returns by limiting to theaters.

Until recently, most weekends have shown lower-than-average overall declines for many films. This trend has slowed and the top five films all dropped over 40 percent. “The Marksman” (Open Road), notable in not having any home availability even in its third month, fell only 7 percent. Two Warner Bros. titles, “Little Things” and “Wonder Woman 1984” — neither on HBO Max after their 31 day availability — saw decreases in the range of 20-30 percent.

Two new titles entered the Top 10. “Jathi Ratnalu” (Indin), a Telugu-language Indian film, is in sixth place with an estimate $480,000 and a PTA of around $3,600 in 130 theaters. “The Father” (Sony Pictures Classics), awaiting potential significant Oscar nomination attention Monday, has no home availability (PVOD starts on March 26) and no reported estimate for its gross at around 900 theaters. Based on reports from multiple sources with access to results, it appears to have grossed around $350,000.

SPC, like Searchlight and A24 — but unlike Focus and Warner Bros. —is not reporting grosses. Of course they are miniscule; older audiences are among the least likely to test theaters yet, and release patterns with their full national play defy normal ways of slow release. 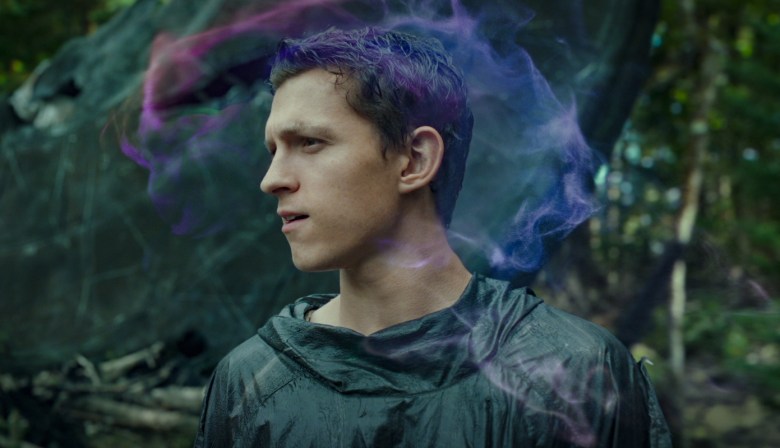 Sign Up: Stay on top of the latest breaking film and TV news! Sign up for our Email Newsletters here.

Tags: Box Office, Raya and the Last
You may also like
Celebrities News