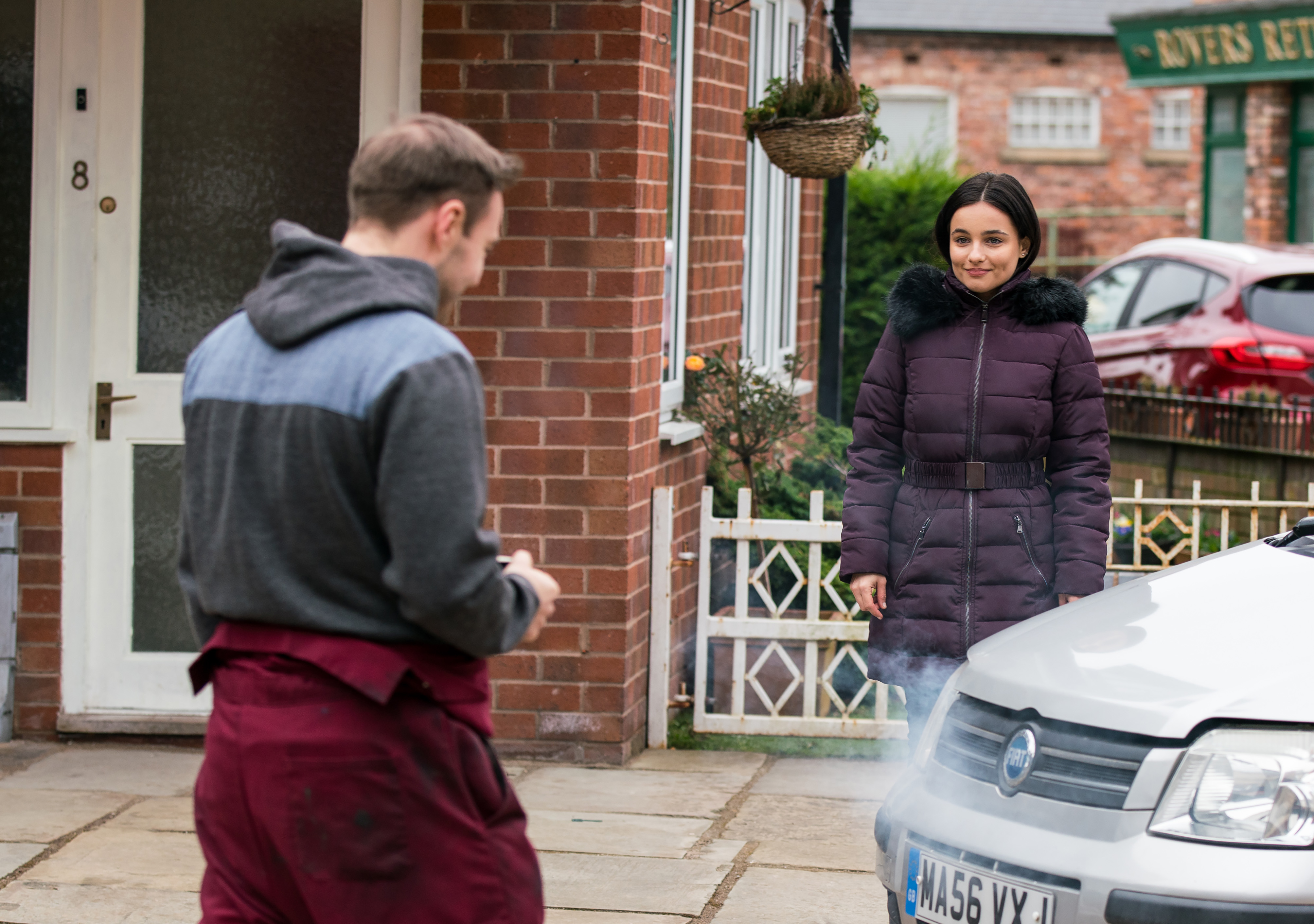 Kevin is due to marry Abi Franklin (Sally Carman) – and Tyrone is set to be best man.

Next week, Ty makes it quite clear that he’s intending on taking Alina to the wedding as his date.

Kevin and Abi, however, are mortified, as they know how much this will upset Fiz Stape (Jennie McAlpine).

Abi later confides in Sally Metcalfe (Sally Dynevor) – revealing that Ty is planning on taking Alina to their wedding.

Sally is horrified by the revelation!

Will she interfere? What’s more, will Kev and Abi voice their concerns with Tyrone?

Ty earlier this month decided to end his relationship with Fiz, after he developed feelings for Alina.

Fiz has been hoping for a reconciliation, but she soon discovered that her ex-lover was head over heels for Alina

Will Fiz come to the realise that Tyrone is intending on taking his new girlfriend to Kevin’s wedding?

If so, how will she react?