WandaVision was bound to get more intense, but Episode 5 really blew up for fans. It shed some more light on Wanda’s reality as well as Monica Rambeau’s return to the “real” world. It also made a lot of fans very skeptical of S.W.O.R.D. and Director Tyler Hayward. [Spoiler alert: Spoilers ahead for WandaVision]. 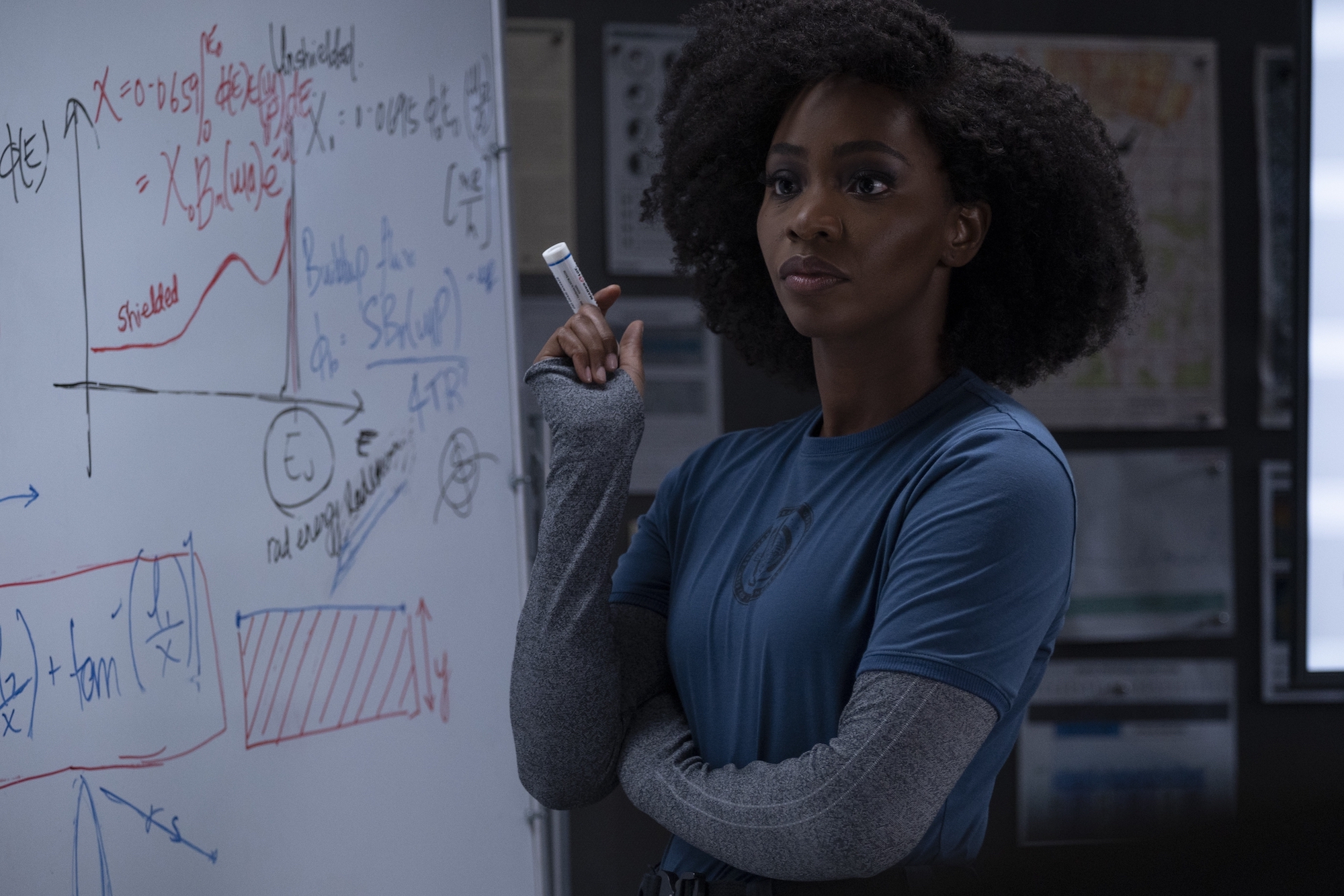 From the moment Hayward is briefing everyone on Wanda Maximoff’s history, he’s painting her in a pretty negative light. Whether or not someone likes Scarlet Witch (and she’s not known as that yet in the Marvel Cinematic Universe), it’s hard to overlook the tragedy she’s experienced and the difficult decisions she’s had to make. Not to mention the trauma she’s overcome. This isn’t the first time that she’s viewed as the “bad guy” and it’s also not necessarily the right viewpoint either.

And that’s exactly what Monica Rambeau and Jimmy Woo point out. Luckily Woo and Dr. Darcy Lewis are on Rambeau’s side, but Hayward is still in charge. He’s classifying her as a terrorist and a threat, and even though she has a town hostage, there seems to be a lot that he’s not telling the viewers and our new favorite trio. Especially after the footage he shows of Wanda breaking into S.W.O.R.D. to steal Vision’s body.

Some fans think that Wanda is being framed or that S.W.O.R.D. and Hayward set her off

For one, the people in the lobby in the footage don’t look that disturbed, only the ones that Wanda encounters in the operating room do. Which is fishy and could point to a doctored video.

But also, in the comments of a Reddit post, fans discussed how odd it was for Wanda to rush in like that. That, maybe something happened that made Wanda do that.

“Did anyone else feel like it wasn’t really fully Wanda?,” one user wrote. “Sure she has plenty of reason to be upset, and I’m pretty sure Hayward took Visions body when she says something along the lines of, ‘this is my home, and no one will ever take it away, looks at Hayward, again’ But I can’t decide if that was her finally saying f*ck it and doing what she wants, or if there is something else pulling the strings.”

The “pulling the strings” theory has been popular since the start. But it is Wanda’s reality, and it seems like she’s definitely the one that wants Vision in Westview. At least, from the viewers’ perspective.

But this is especially odd since viewers saw Wanda at Tony’s funeral. She had a tender moment with Clint; she said that Natasha and Vision both knew that they’d won in the end. It didn’t seem like she was harboring some vengeful plan or had pent-up hate. She seemed at peace, even though there was of course still grief there.

So what was the event that sparked Wanda’s rage two weeks after Tony Stark’s funeral? There’s a theory that S.W.O.R.D. isn’t being truthful about what they were doing with the body.

A major theory is that S.W.O.R.D. were the ones going against Vision’s will and using him for a weapon 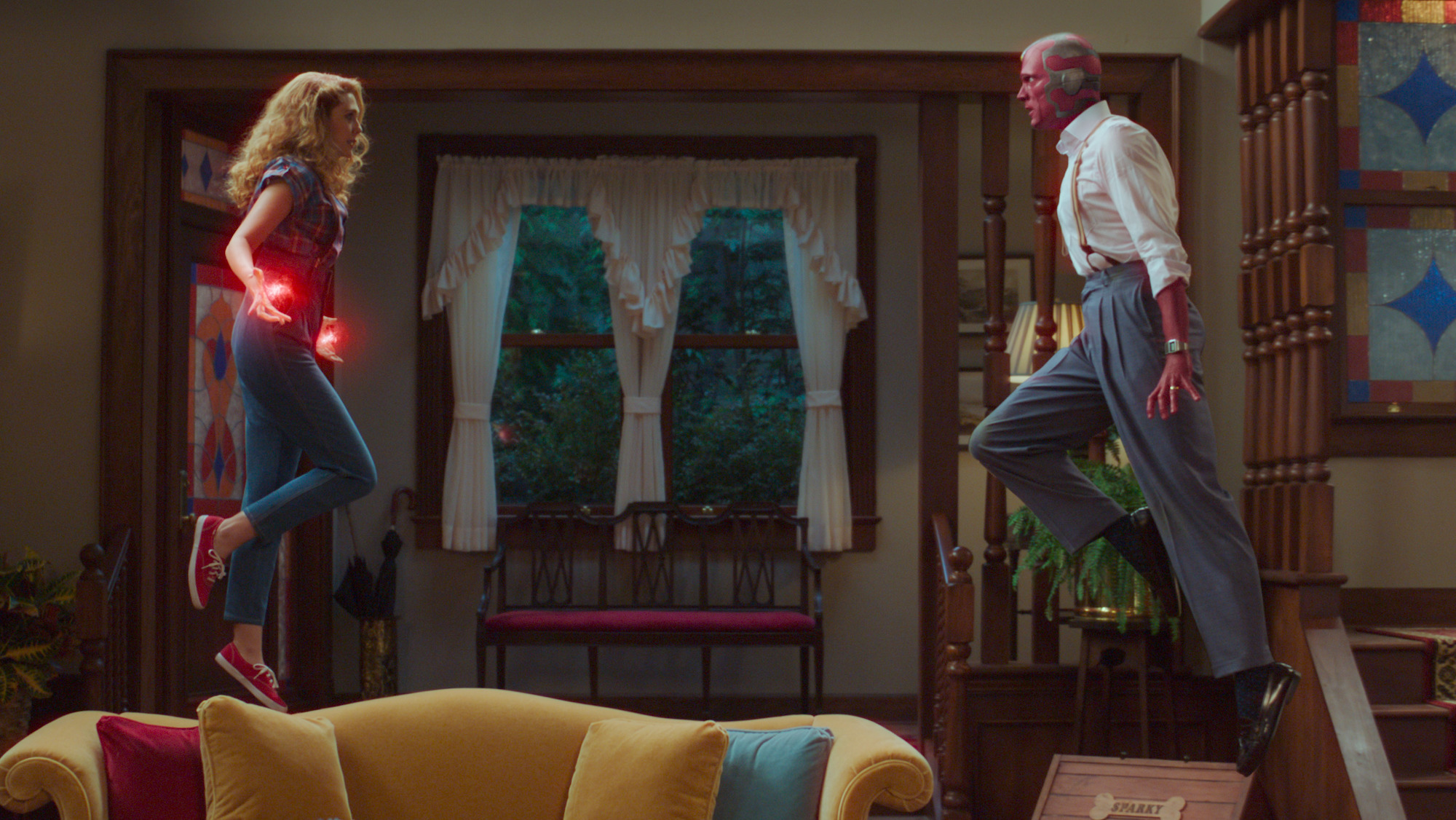 One TikTok user pointed out the fact that when Wanda stormed into the S.W.O.R.D. facility, his body looked like it was broken up. As if they were examining him or putting him back together. And it’s important to note that they’ve had his body for five years, since Avengers: Infinity War and the first snap.

As the user pointed out, Shuri noted that a synthetic Mind Stone could be made for Vision and he wouldn’t need an Infinity Stone to survive. Right now he’s “dead” but really all that’s missing is that “life” force. He’s a machine that can be switched back on if the right power source were found (aka a synthetic mind stone).

It’s also important to note that when Monica returned back to work, she was surprised to find that S.W.O.R.D. was doing more than just observing and actually building weapons. Hayward said it was for protection because of everything that had gone on in the world. But what if it was kickstarted because they were working on getting Vision up and running?

Bruce Banner wouldn’t be working for them and Tony Stark is gone. So it would make sense that five years later and they still don’t have a solution to bringing Vision back. It also would make sense that Wanda is furious that they disrespected Vision’s wishes. Which would result in her storming the facility, stealing him, breaking, and creating WandaVision.

But who knows; the remaining four episodes will definitely tell.

Tags: Marvel, TV, WandaVision
You may also like
Celebrities News