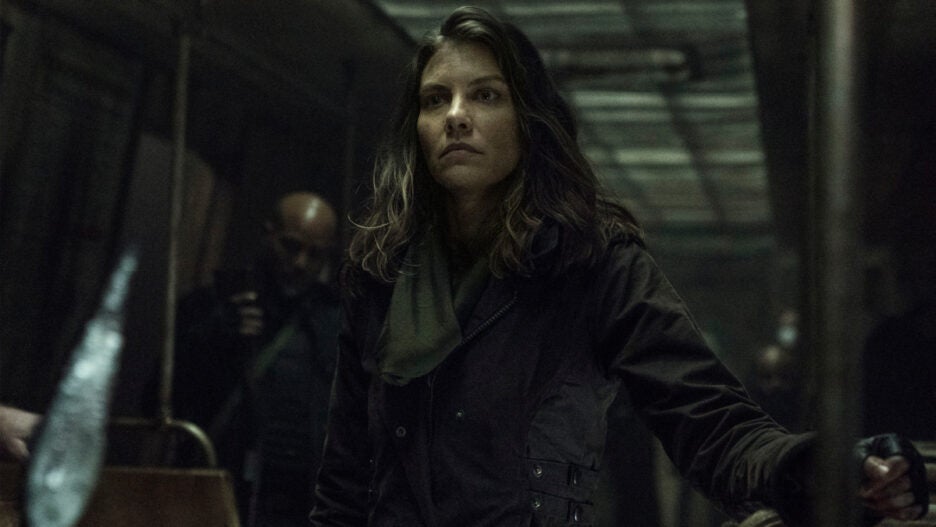 There’s a lot to process through the first two episodes of this climactic season of “The Walking Dead.” While I’m sure everybody’s gonna be talking about the Stephanie situation first after watching the episode, let’s not forget about the ongoing feud between Maggie and Negan over Negan murdering Glenn back in season 7.

Last week, Negan left Maggie to be eaten by zombies, but she managed to survive and confront Negan about it this week. Negan defended himself in front of everyone, pointing out that, you know, Maggie clearly only wanted Negan around so she could get him killed — had she been on the roof of the subway car with Negan yelling for help, Maggie would have done the same thing Negan did.

But there would have been a big difference there — Maggie would have done it out of anger, whereas it seems like Negan did it because he didn’t want her to kill him later. You could argue that she would have maybe felt less angry at him all the time if he saved her life. But when I talked to Jeffrey Dean Morgan (who plays Negan) about this, he told me that Negan doesn’t really believe that would help. 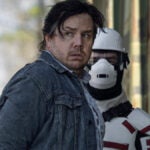 “I think he realizes in these first few episodes, especially, that Maggie’s not going to change her mind suddenly and be like, ‘OK, maybe this guy can lend something to this group.’ He is pretty sure he’s a dead man walking,” Morgan said.

Which is a shame, Morgan says, because he thinks Negan is pretty aboveboard right now.

“I actually don’t think he’s being selfish in any way. He is calling out some bad decision making,” referring to their, ah, vocal disagreements in these first two episodes. “You’ve got some, you know, A-type personalities here. He is used to leading and he can’t help but open his mouth occasionally. And it doesn’t matter what he says, or how much sense it may make, he’s going to meet nothing but resistance from Maggie, and everyone else sort of sitting around watching this whole thing go down. Nobody’s really f—ing stepping in to say, ‘Hey, calm it down, you two.’”

Lauren Cohan, who plays Maggie, laid out what’s going on in her head as the character weighs her side of this whole deal. 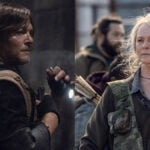 “It’s not unreasonable what Negan is saying, like his trepidation about being in that tunnel, and some of the things he has to offer,” Cohan told me. “And as she says in Episode 1, it takes everything in her power not to just obliterate the presence he has in her mind. However, I think that she knows that won’t give her the peace that she’s after. And if anything, letting that happen — like if she wanted to kill him, to get what she hopes would be clean revenge — I think she knows that that’s a slippery slope. And that it will take her further into somebody she doesn’t want to be.”

For Cohan, Maggie’s internal struggle over Negan goes back to the themes that “The Walking Dead” has been exploring since the beginning — and which all zombie stories deal with, to some degree.

“As much as it’s everything in her power to not kill Negan, it’s everything in her power to try to keep her own humanity alive based on the things she’s seen, and based on what she’s been through, and what she’s seen in the world in the time that she’s been away. And that’s the core of that struggle for her. Like Negan is this thorn in her side, but it’s not as simple as picking it out, as we all know. It’s like, you got to just go into the fire and see what it is in you. And I think … that’s this kind of perpetual wheel that’s turning.”

Cohan also wants to remind us that Maggie is a practical woman — if she wasn’t, she probably wouldn’t have lived this long. 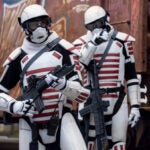 “Decisions, as Maggie knows, have to sometimes be made based on like, the best decision at the time and the information that you have. And as Negan says, like, did he kill Alpha? Yeah. Was Alpha a massive threat to the group? Yeah. In his mind, do the good deeds outweigh the bad? But then does he leave [Maggie] to die? But does he do it because he thinks that she was just about to kill him?”

For his part, Morgan doesn’t seem too worried about Negan.

“He’s very much a cockroach in that he’s going to survive.”

Tags: Dead, Stars, Walking
You may also like
Celebrities News