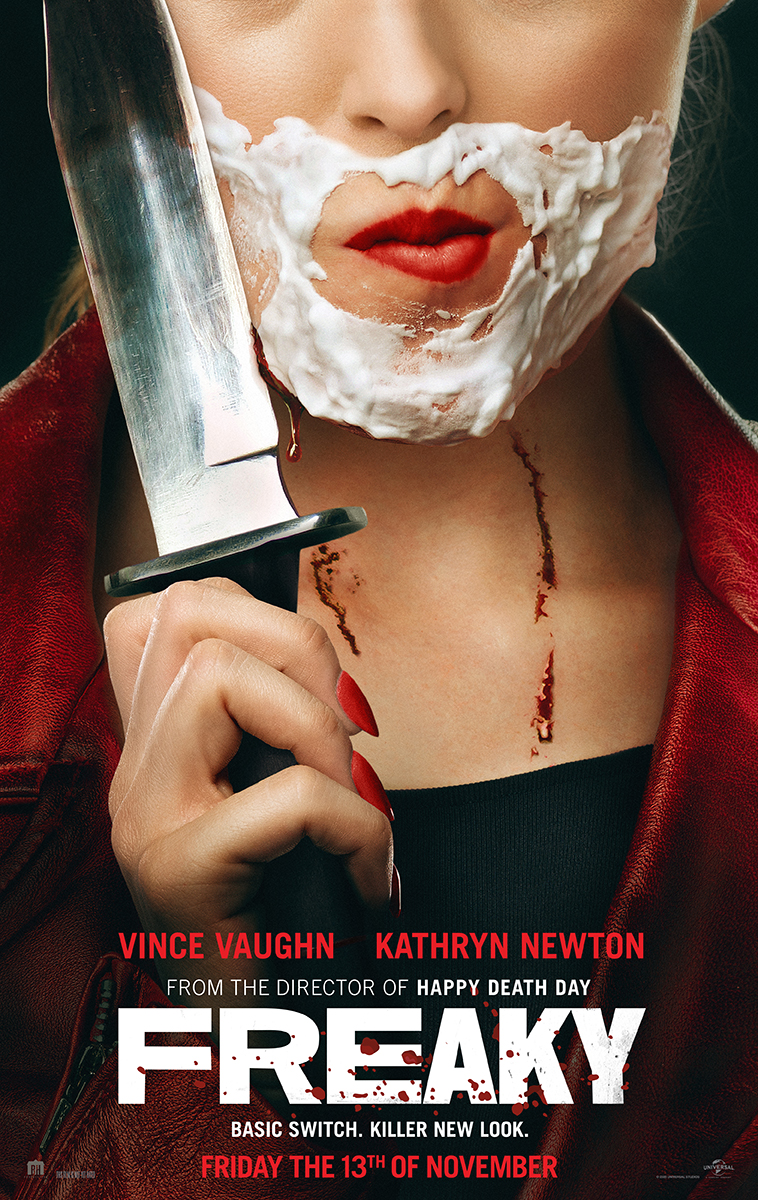 Kathryn Newton of Blockers and HBO’s Big Little Lies stars as 17-year old Millie alongside Vince Vaughn who plays the town’s infamous killer. When The Butcher’s mystical ancient dagger causes him and Millie to wake up in each other’s bodies, Millie learns that she has just 24 hours to get her body back before the switch becomes permanent and she’s trapped in the form of a middle-aged maniac forever. The only problem is she now looks like a towering psychopath who’s the target of a city-wide manhunt while The Butcher looks like her and has brought his appetite for carnage to Homecoming.

Landon co-wrote with Michael Kennedy (Fox’s Bordertown)  with Jason Blum producing. The film is produced by Blumhouse Productions in association with Divide/Conquer. The executive producers are Couper Samuelson and Jeanette Volturno.

Universal already had that November weekend reserved for an untitled event movie, and it’s going up against rival wide release Deep Water from 20th Century Studios and Disney. That pic, based on the Patricia Highsmith novel, is directed by Adrian Lyne and stars Ben Affleck and Ana de Armas. Both movies are currently scheduled to debut before the Nov. 20th releases of MGM’s No Time to Die and Disney/Pixar’s Soul.

Take a look at the trailer below:

Tags: Blumhouse, Freaky, Universal
You may also like
Celebrities News