Chris Harrison has finally broken me, cause I truly don’t know how much more Bachelor drama I can take. Tonight was only the first of two finale episodes (that’s four whole hours of drama, people), and it was a JOURNEY, from Barbara and Madison’s confrontation to Barbara finally delivering her iconic “bring her back to us!” plea.

But those of you who did make it through both hours of the show will know that the episode wasn’t even the most dramatic thing that aired tonight—no, it was the teaser for tomorrow night, which looks WILD. Madison shows up again, Barbara dramatically cries again, and Julie LaPlaca even makes an appearance, as you can see here: 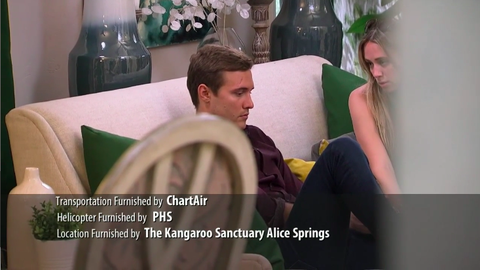 We don’t know what Peter and Julie are talking about here because the shot is shown while Chris is doing a voiceover, but still…what is ABC trying to say with this?! As you probs already know, there was a theory floating around that Peter actually ends up with Julie at the end of the season, so this placement is definitely sus.

And to make things even more 👀, earlier this week an ABC exec addressed the Peter/Julie romance rumors, saying:

It seems pretty unlikely that Peter will actually end up with Julie, but still, this appearance is sending me and I need answers ASAP!

Tags: 'Bachel, Catch, Did, Um, You
You may also like
Celebrities News