Fatima wanted to move on with business as usual on Tyler Perry’s Sistas this week, but Zac wanted to take the time to talk things over.

Zac said he wasn’t hungry for the dinner Fatima offered him and he would rather talk truthfully about what she did to Hayden. Fatima said she felt touched and turned on by the fact that Zac would’ve taken the rap for her, especially because she “handled Hayden” to keep Zac out of trouble. Awww! These two really are made for each other.

Fatima then sweetly said her guard was down and she was trusting him with her heart, and Zac said he would have her back the way she had his. He also said he still wanted to beat up Hayden for hitting his soulmate in the face, but Fatima said it was all part of the plan. Zac said he didn’t like that part of Fatima’s arrangement because Hayden could’ve badly hurt her. Fatima said she wasn’t worried because her boys wouldn’t have allowed Hayden to go too far.

This prompted Zac to ask just who these dudes are, and Fatima said she wasn’t going to talk about that. Fatima added that she has worked with a lot of dudes who have been in jail and they ride for her unconditionally. Damn. Is Fatima a gangster now? She urged Zac not to be scared of her henchmen, and he said he was actually more afraid of her. Zac even admitted he felt equally fearful and enamored because he has never met a woman like his new boo Fatima.

They kissed and got sexually intimate with seemingly no cares in the world. Still, you can’t help but wonder what will happen when Hayden the pest wakes up from his coma. Will he press charges or try and blackmail Fatima and Zac, aka “Zatima”? Or will he find another way to be a nuisance? Fatima said if he did, Hayden would get beat down on a weekly basis. 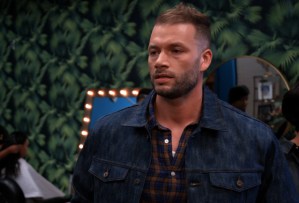 Elsewhere in Atlanta, Danni acted confused and disruptive when it came to Preston and his new love interest. Her name was Tonya, and the fact that she’s a veterinarian appealed to the cowboy and had Danni feeling jealous. Preston reminded Danni she was the one who didn’t want to spend time with him, and she said she was figuring things out.

Danni didn’t self-reflect and instead lashed out at Karen after Preston and Tonya left, even though no one made her come to the salon. She left in a bad mood and angrily called El Fuego for a booty call, and he had to check her, too. He told Danni that it didn’t matter who she was mad at, he wasn’t interested in being her verbal punching bag. El Fuego also said he would text her if he felt like coming over.

Danni then went to Sabrina’s place and harassed and teased her about going out on a date with Calvin, but Sabrina begged her to stop. That’s when Danni confessed that she was actually upset about Preston wooing someone else. Karen mentioned that Zac might’ve set up Preston and Tonya, and this only made Danni feel angrier and more betrayed. 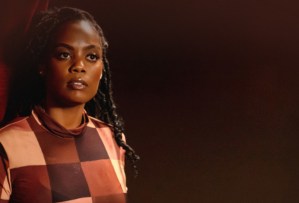 Sabrina reminded Danni that she was the one who told Preston she needed space. However, Danni was determined to play the victim and accused Zac of causing drama. This prompted Sabrina to ask Danni if she thought Zac was dating Fatima to make Karen jealous, and Danni said she thinks Zac actually loves Fatima. Danni added that she was actually mad at Karen the most for calling her about Preston because misery loves company. Ain’t that the truth?

Over at Andi’s apartment, Karen turned down the liquor Andi offered, and this made Andi suspicious. She didn’t think Karen was pregnant, though, and assumed Karen was abstaining because she’s dating Aaron the preacher. Karen didn’t correct Andi or come clean. Instead, she admitted that she misses Aaron and changed the subject to Andi and Gary’s on-again, off-again relationship.

The two decided to drive the Rolls-Royce Gary gave her before giving it back to him, and the police profiled the pair and pulled them over… or so it seemed. At first, the cop was yelling and acting crazy, but it was all a ruse. He and three other pretend officers broke out into a song about Gary being sorry and wanting her back. Karen was annoyed, but Andi was tickled. Wow. Only on Tyler Perry’s Sistas.

What did you think of Gary’s elaborate apology? And do you think “Zatima” should be worried about Hayden? Drop your thoughts in the comments.