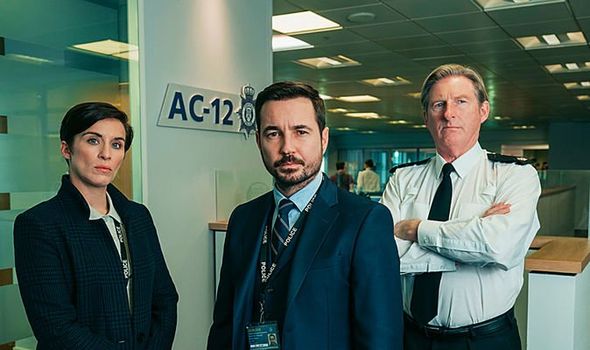 Here we look back on the 10 biggest shows in the UK (excluding news and sport), using the seven-day consolidated ratings data from the Broadcasters’ Audience Research Board.

Actors Martin Compston, Vicky McClure and Adrian Dunbar plus writer Jed Mercurio agreed to get matching tattoos of AC12million when the overnight figures for the series six final showed that they’d pulled in 12.8 million viewers.

But then more than two million people caught up with it over the next seven days. Not quite such a catchy tattoo.

This dynamite chat between Oprah and the Sussexes came in second place. It included the revelation that a member of the Royal Family had asked how “dark” Archie would be before his birth.

Rose Ayling-Ellis moved us all with her spectacular efforts with professional partner Giovanni Pernice on their way to lifting the glitterball trophy. Meanwhile, John Whaite also excelled as part of the first all-male pairing with Johannes Radebe on the show. A triumph.

Storm Arwen nearly took out this year’s series in Gwrych Castle, but Ant and Dec still managed to take plenty of swipes at the Prime Minister. Next year, Australia. Surely?

Not for those with claustrophobia ‑ Suranne Jones put in a great performance as police officer Amy Silva who at one point nearly got shot out of a submarine torpedo tube.

Singer Joss Stone won after singing like an angel while dressed as a sausage. With chips! It’s all about the fun factor in this celebrity talent show.

Unsurprisingly, this tasty treat has just been re-ordered for another three years. With 9.3million viewers tuning in to see Giuseppe Dell’Anno crowned champion.

There were fears for the drama’s future after Netflix bought the studios where it is made but a deal has been worked out. Phew!