Too Hot to Handle certainly caused more than a few meltdowns for fans watching hot singles try to find love while also following Lana’s strict rules. Luckily for us all though, the show is officially coming back for another season! This means more contestants will be in for a rude awakening when they enter the villa while being clueless about what they really signed up for. Who will these lucky singles be? And is there info on how to be cast on Too Hot to Handle??

Here’s everything we know about Too Hot to Handle season 3.

Too Hot to Handle season 3 is really happening, yes?

Yes, it is! And in just a few days, matter of fact. The hotly anticipated third season will be available to stream on Netflix on January 19! Mark your calendars, besties.

A post shared by Too Hot To Handle (@toohotnetflix)

Netflix decided to keep the party going at the villa with another season of fun and plenty of rule-breaking. The show was originally renewed for a second and third season at the same time, so it’s not a shock that it’s making a grand return.

Do we know who is going to be on Too Hot to Handle season 3 yet?

Yep! Netflix recently started rolling out the cast introductions a few weeks ago on the show’s Instagram page. You’re definitely going to want to meet the new singles sooner rather than later so you have plenty of time to follow them on Insta before the episodes drop.

A post shared by Too Hot To Handle (@toohotnetflix)

Will cast members know they’re on Too Hot to Handle this time?

Nope! Since it worked for season 2, Netflix decided to use the same sneaky strategy for season 3. According to Variety, the contestants will have no idea they’re actually on Too Hot to Handle and they will instead think they’re on Parties in Paradise. Of course, we all know that show doesn’t actually exist now. But since season 3 was filmed right after season 2, this group of new contestants was kept in the dark, just like season 2’s cast. 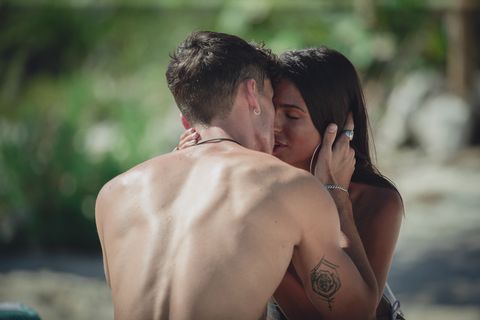