Last month, Disney announced further release date changes amid the ongoing pandemic and now Paramount Pictures have followed suit. Three Tom Cruise blockbusters have shifted once again starting with Top Gun 2 aka Top Gun: Maverick moving from July 2 to November 19 this year. While Mission: Impossible 7 has shifted from that November slot to May 27, 2022.

Cruise is teaming up once again with Christopher McQuarrie who directed the last couple of movies in the franchise.

With only a year between the two films, we wouldn’t be surprised if there’s a big cliffhanger at the end of Mission: Impossible 7.

Despite the disappointing delay news for fans, Paramount have announced a new Star Trek movie for release on June 9, 2023 – according to The Hollywood Reporter. 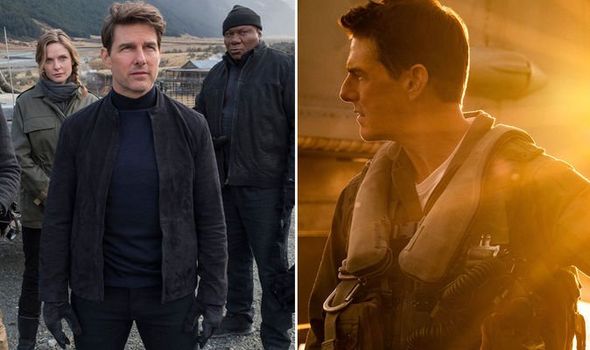 The last Star Trek movie to release was 2016’s Star Trek Beyond, the third film in JJ Abrams’ reboot series.

Last month, it was announced that Star Trek: Discovery screenwriter Kalinda Vazquez would be penning a new film for the franchise.

A fourth film had been in the works and was set to star Chris Pine’s Kirk opposite his dead father, played by Chris Hemsworth in the opening scene of 2009’s Star Trek.

Presumably, the movie would have seen them meet via time travel, however, negotiations ended in April 2018.

Additionally, Quentin Tarantino has expressed interest in making a Star Trek movie with JJ Abrams in the past.

As for whether Vazquez’s story is totally different or in some way connected to Tarantino’s idea or the Hemsworth story remains to be seen.

Aside from this 2023 Star Trek movie and the Tom Cruise blockbuster delays, Paramount have shifted a few more of their upcoming projects.

As for Disney’s moves last month, the biggest news was that Marvel prequel Black Widow and 101 Dalmatians spin-off Cruella will simultaneously hit cinemas and Disney+ Premier Access for an additional fee.

Black Widow has moved from May to July 9, while Cruella is staying put on May 28.

Then there’s new Pixar movie Luca which will follow Soul in skipping cinemas and be made available on Disney+ without an additional Premier Access fee from June 18, 2021.

Additionally, Marvel movie Shang Chi and the Legend of the Ten Rings has moved from the summer for a cinematic release on September 3, 2021.

Plus Kenneth Branagh Poirot murder mystery Death on the Nile will now land in cinemas on February 11, 2022.