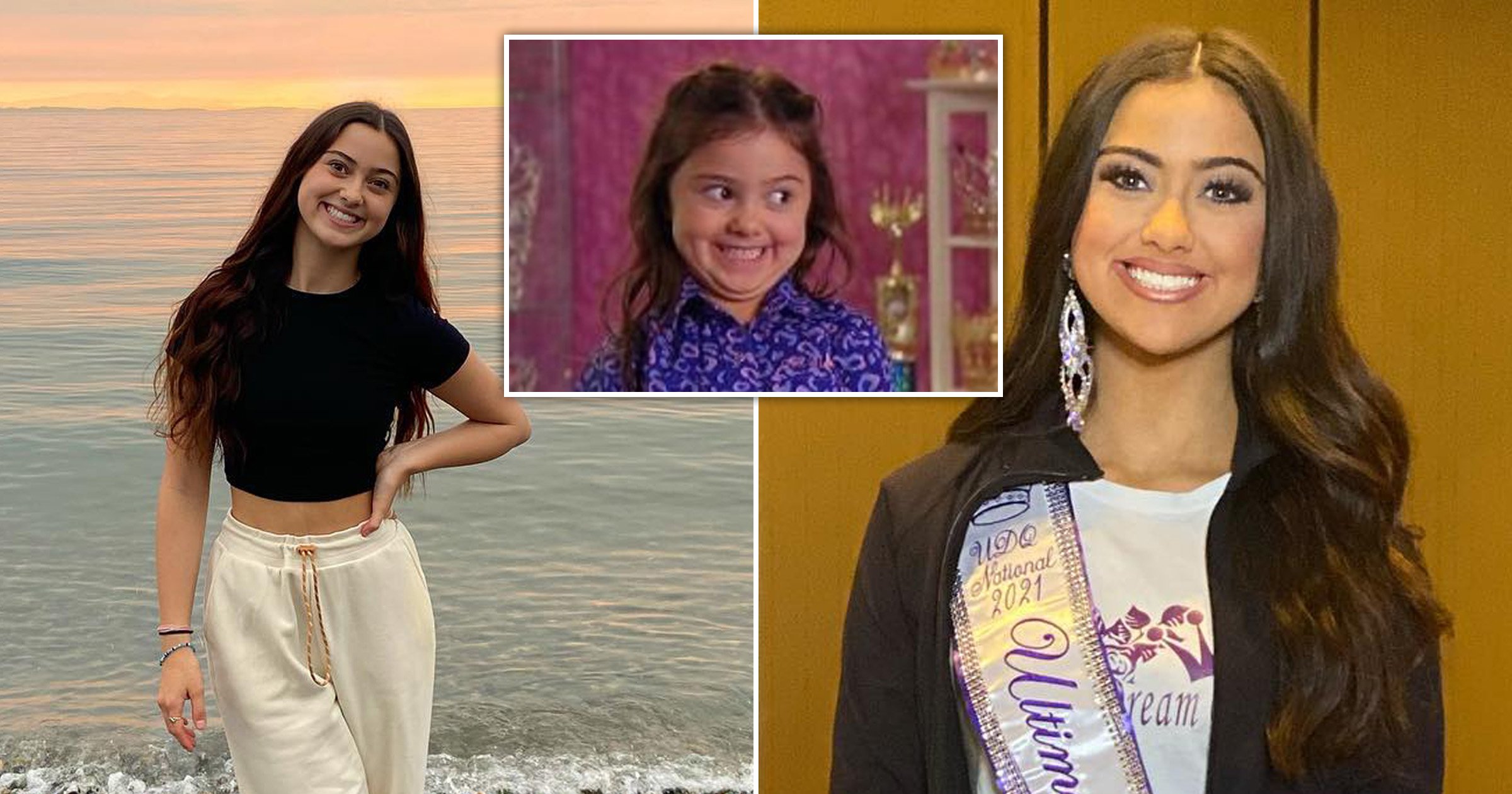 Kailia Posey, best known for starring on US reality show Toddlers and Tiaras, died by suicide aged 16, according to her devastated family.

It was reported Kailia was discovered by police in a car at Birch Bay State Park on Monday, just days after her sweet 16th and prom, with her mother sharing the heartbreaking news of the teen’s death via a statement on Facebook earlier this week.

Marcy Posey Gatterman, who wrote that she didn’t have the ‘words or any thoughts’ to describe her loss, added: ‘A beautiful baby girl is gone.

‘Please give us privacy as we mourn the loss of Kailia. My baby forever.’

Now her family has shared a statement revealing Posey made the decision to ‘end her earthly life’.

They said: ‘Although she was an accomplished teenager with a bright future ahead of her, unfortunately in one impetuous moment, she made the rash decision to end her earthly life.’

Listing off her accomplishments, her family added in the statement to TMZ: ‘She won countless crowns & trophies after competing on the pageant circuit her entire life … Her highly acclaimed talent as a contortionist had already led to professional touring job offers, and she had recently been selected to be a cheerleader at her high school next fall.’

The teen had plans to continue to work in the entertainment industry, according to her family, while pursuing her goal of a commercial pilot’s license.

Following her death in Washington, her family has set up a fund in her name at the Whatcom Community Foundation to help teens in need.

Tributes have come flooding in to commemorate Kailia’s memory, with one from a pageant speaking coach who worked with her reading: ‘I have experienced alot of loss in my life, but this one stings differently. Kailia was one the funnest and funniest young ladies that I have ever worked with in my coaching career.

‘We just exchanged some fun messages recently and she seemed up in spirits. She had such an open care free spirit that had to caught fire everywhere that she went.’

America’s Got Talent magician Kadan Bart Rockett also left a comment on Kailia’s last Instagram post, which she shared in late April, writing: ‘Can’t even believe this has happened. I’m praying for you guys to get through this. She always was so kind to all of us. Rest In Peace.’

In an old clip from Toddlers and Tiaras, Marcy described her then 10-year-old daughter as a ‘cuddly puppy’ and a ‘spicy little monkey’.

She explained how Kailia started doing pageants when she was three years old, adding that while her daughter said she was nervous, she was a ‘pro’ the second she arrived on stage.