Conor joined comedian Jack Whitehall and presenter and DJ Fearne Cotton at the guest’s table on today’s Sunday Brunch. Tim Lovejoy and Simon Rimmer were on hand as per usual to oversee proceedings, but neither were prepared for a tongue-in-cheek comment the singer and guitarist dropped during one of the cooking segments. When the group were discussing cold water therapy while Simon got to work on his Aubergine Satay, Conor shocked everyone with a comment about what he gets up to in the shower.

The moment came when Tim was discussing how he was inspired by extreme athlete and author Wim Hoff.

Wim is famed for his ability to withstand freezing temperatures and his methods include taking daily cold showers and breathing exercises in order to improve one’s health.

The Sunday Brunch host is clearly a big fan, telling his guests and Channel 4 viewers how he became “addicted” to taking cold showers as a result.

Fearne was similarly full of praise while the likes of Conor and Jack were keen to learn more. 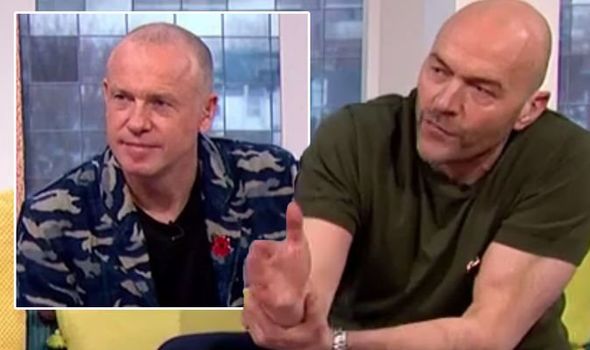 However, when Tim said he took a daily cold shower for his wellbeing, Conor joked he took one “for different reasons”.

The joke left the studio in silence as none of the guests or presenters knew how to address the innuendo.

Eventually, Jack broke the ice as he joked he thought he’d be the one bringing the “smut” to the programme.

Simon and Tim just about managed to get the show back on track as they joked the less said about Conor’s comment the better. 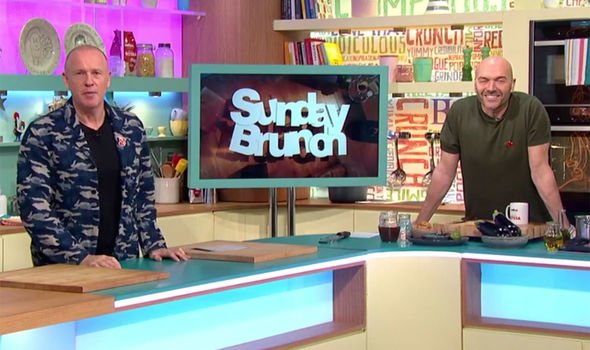 The Nothing but Thieves frontman was left with his head in his hand in embarrassment as his joke failed to get the laughs.

And while the moment was one of the most awkward of today’s show, it also sparked debate among Channel 4 viewers.

Taking to Twitter, several were keen to make their thoughts on the cold water therapy suggestion known – and it’s fair to say not everyone is keen.

“Why the chuff would I take cold showers? It’s November! #SundayBrunch,” tweeted one viewer. (sic)

While a third said: “I’ve thought about the cold showers. Nawwwww. It’s not for me ta #SundayBrunch.”

It wasn’t the only moment to leave the Channel 4 hosts stumped on today’s show as the pair were forced to explain why the theme music had changed after one of the ad breaks.

“You’re watching Channel 4 live from Television Centre,” Tim said as the show returned from the commercials.

“This is Hollyoaks? Sunday Brunch?” Tim quizzed as he pretended to not know why the music was played.

It turned out the theme tune was replaced by the soap’s to mark its 25th anniversary week.