There aren’t many awkward silences on “This Way Up.” That’s partly because the show clips along at such a pace that there’s not much room for any. Mostly, though, it’s that the woman at its center is preternaturally capable of filling gaps in any conversation.

It certainly doesn’t mean that “This Way Up” isn’t patient. As Season 2 arrives on Hulu (it’s also airing on Channel 4 in the UK), creator/writer/star Aisling Bea has found a way to build these new episodes around Aine’s personality with even more focus and understanding. If the show’s first season found Aine casting around with a sometimes-forced smile, trying to find some stability in her life, Season 2 sees her more at ease, even if a few of those lingering questions still hover. She’s still an ESL teacher (though she’s moved on to “Love Island” as her instructional aid of choice), and still a teasing, attentive sister to Shona (Sharon Horgan), who’s juggling plenty of her own unresolved threads.

Arguably the biggest change for “This Way Up” is that, after a season-long simmering tension, Aine and Richard (Tobias Menzies) — the father of one of her private students — are finally moving things from flirting to acting on their feelings. It’s a decision packed with excitement and vulnerability for both of them. They can’t be particularly open about any relationship, given how they know one another, and they each carry a separate emotional burden they don’t exactly acknowledge. 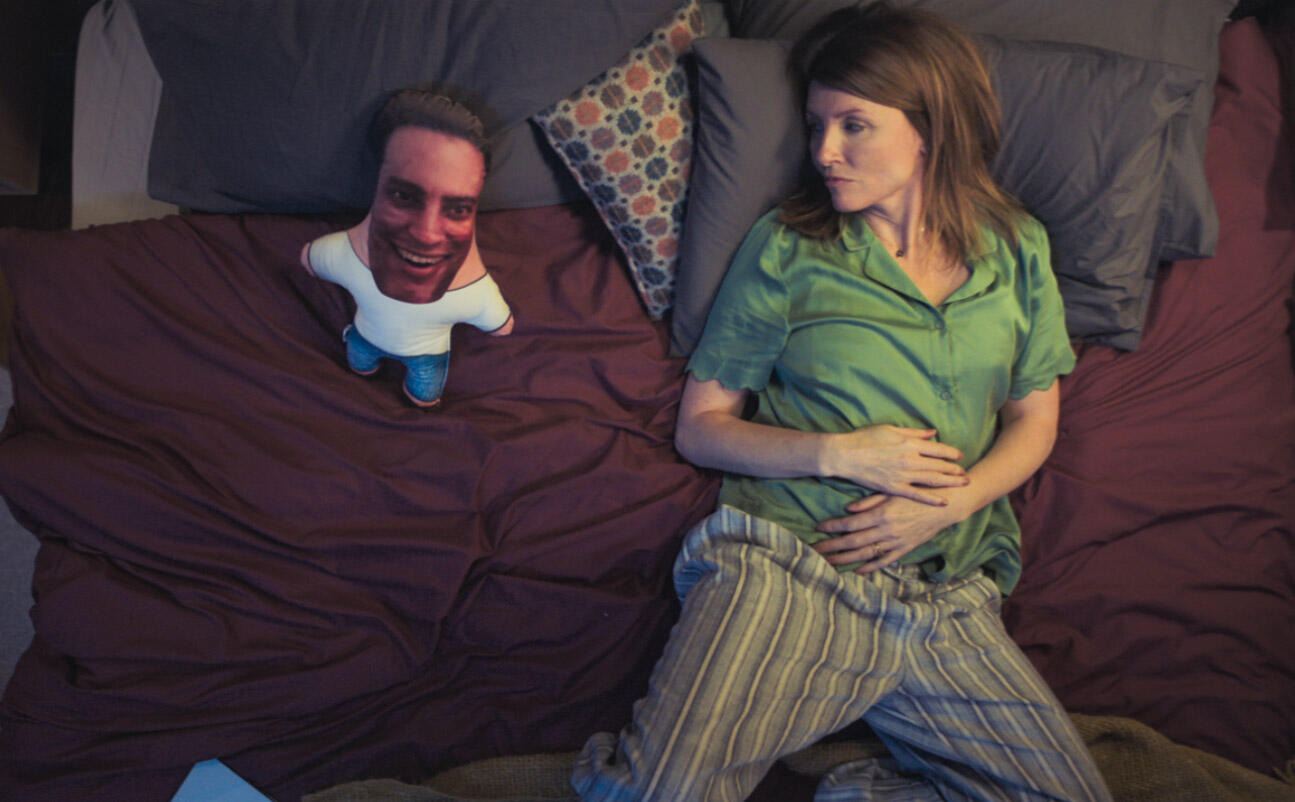 The more reserved Richard illustrates how the show can make room for characters who aren’t always on Aine’s perpetually playful wavelength, and they make a good pair because they care about each other, even if they have different ways of expressing it. As Bea brings a renewed, keen eye and ear for how Aine’s spirit gels with everyone in her day-to-day life, series director Alex Winckler also has a particular sense for how to match members of the ensemble to their surroundings. There’s an energy to late-night laptop scrolling that’s different from a living room on date night or Aine’s classroom or dress shopping, but Winckler keeps all of it in a cohesive piece that floats along from scene to scene.

It’s an even more challenging task considering the dynamic between Aine and Shona flips this season, too. The pair still have the natural ease that Bea and Horgan have had since the start of the show (look no further than the seamless introduction of a bodhran into one particular scene), but now it’s Aine sensing that something is amiss beneath the “everything is fine” sheen her sister puts on for the world. In the home stretch of planning for her wedding to loving fiancé Vish (Aasif Mandvi), Shona is also dealing with the fallout from a secret, between-seasons fling with her friend and colleague Charlotte (Indira Varma). It’s not that she’s torn between the two, it’s that the massive, looming change and shifting work environment are a recipe for her own uneasiness.

There’s a slightly pared down feeling to Season 2 (as with many other post-March 2020 productions) that’s ultimately more helpful than not. Vish being away in New York brings a sharper focus to all of Shona’s internal struggles and misgivings about him not being there. It does mean fewer scenes with Aine’s class, but the school side of things doesn’t all get short shrift: One new throughline for the season finds Aine taking more responsibility as she and her boss James (Ekow Quartey) plot a potential new direction for their school.

With the greater overall feeling of comfort, it would be easy to assume that “This Way Up” loses sight of the events that kicked off the series. Aine crosses paths with a certain Season 1 character, but there’s noticeably more space between mentions of her time at a rehab center and her reasons for being there. But even as Aine’s prospects seem to be trending higher than we’ve ever seen them, the show does sneak in acknowledgments that there are still some fissures going unaddressed. 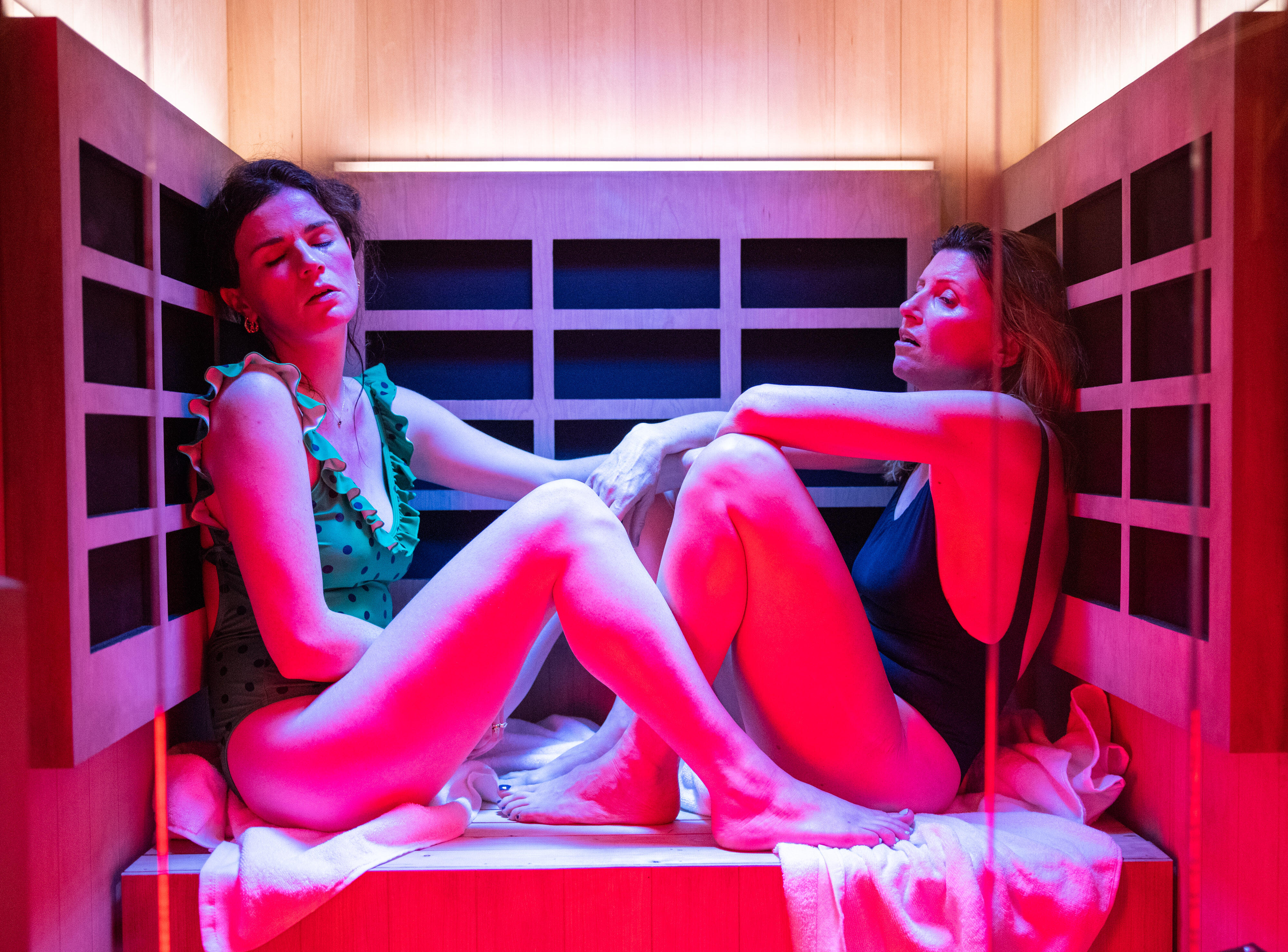 There was plenty of tension in Season 1 that came from tiptoeing about the state of Aine’s mental health. Things were complicated with her ex. She wasn’t sure how to interact with old friends. Whether as a result or as an overall change in attitude for a new batch of episodes, Season 2 is told without reservation. Aine may bristle at some details being shared outside of certain conversations, but if her roommate Bradley (Kadiff Kirwan) hears something about her sex life, so what? One particular FaceTime session with Vish goes well beyond a simple check-in from future wife and sister-in-law. There’s a certain kind of joy and relief in these characters’ freedom to let go of more inhibitions than before. The quips feel sharper, the laughter more organic, and the heart-to-hearts are able to build on even stronger bonds than existed previous.

But that, in turn, also makes those handful of unspoken truths that much more potent. The line separating the hidden from the out-in-the-open is clearer, regardless of which sister it applies to. Rather than be stifled by that, “This Way Up” harnesses that uncertainty and responds to each setback, from pesky inconveniences to potentially seismic mistakes, in kind. This is a show that understands these characters far more than they know themselves.

“This Way Up” is still dealing with jealousy and messy relationships, the pitfalls of spending a weekend trying to be productive and ending up eating dinner over the sink. Aine may not be fully relatable for every viewer, but “This Way Up” shows her trying to pull off a delicate balancing act between being OK and the expectations of being OK. Her life doesn’t have the same external chaos of Season 1, but “This Way Up” still finds enough of life’s tiny absurdities to make for the perfect tether. Aine may not always have the right words for every occasion, but somehow “This Way Up” always does.

“This Way Up” Season 2 is now available to stream on Hulu.

Tags: Aisling Bea, Hulu, This Way Up
You may also like
Celebrities News