Amazon Prime Video’s The Wheel of Time introduces the Dark One, Darkfriends, and Trollocs in its early episodes — all of whom serve as antagonists to the TV series’ main characters. But it’s becoming more and more apparent that these monsters aren’t the only enemies they need to worry about. The Children of the Light pose an equally daunting threat, even if they’re all human. Egwene (Madeleine Madden) realizes just how dangerous the organization is during The Wheel of Time Episode 5 — and according to the actor who plays her, she’s pretty angry about it.

[Warning: This article contains spoilers for The Wheel of Time Episode 5.]

The Wheel of Time Episode 5 isn’t kind to the travelers from the Two Rivers, especially Egwene and Perrin (Marcus Rutherford). While Rand (Josha Stradowski) and Nynaeve (Zoë Robins) deal with Mat’s (Barney Harris) ailment, their friends have a run-in with the Children of the Light. After witnessing them beat down the Tinkers to get to them, the two are taken by force and brought to the Whitecloaks’ Questioner.

Eamon Valda (Abdul Salis) is not a kind man. He plays games with their minds before torturing Perrin and asking the two to choose who lives and who dies. Fortunately, the duo is able to use their connection to the One Power to escape his clutches. But according to Madeleine Madden, Egwene isn’t likely to forget their experience any time soon.

Madeiline Madden on why episode 5’s encounter ‘enrages’ her character

After such a traumatic encounter with the Children of the Light, Egwene and Perrin are likely to be shaken during the remainder of their travels. And even with the Questioner seemingly dead, they’ll have more Whitecloaks after them — especially once other members of the organization discover what happened in the camp they were held in.

During an interview with Entertainment Weekly, Madeleine Madden admitted Egwene’s more aware of the dangers outside of the Two Rivers now:

“I think she now realizes that there are more dangers and threats in the world than just the Dark One and Darkfriends. She now understands that there are organizations of people that want to kill any women who can channel the One Power, even though they didn’t choose this life. What she experiences here is horrifying, and it enrages her.”

Will Egwene turn her rage into something more as The Wheel of Time continues? Unlike Nynaeve, she seems more receptive to the idea of joining the Aes Sedai. 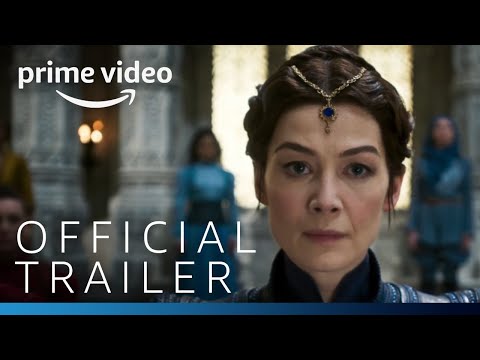 With a stronger sense of the dangers surrounding her and her friends, it seems likely Egwene will try to hone her power before The Wheel of Time is through. Her small display of power during episode 5 is nothing compared to what the other Aes Sedai can accomplish. However, Madeleine Madden believes it was a big step on her journey. Notably, it was the first time she channeled without Moiraine (Rosamund Pike) present.

“Her back’s up against the wall, and this is her moment to protect her friends,” she told EW. “So now I think she feels more comfortable using it but also understands the dangers of it and the importance of learning how to control this ability.”

If she and Perrin reach the White Tower, perhaps Egwene will learn how to wield her magic. It’d certainly be thrilling to see her in action. In the meantime, fans can enjoy her epic display of bravery in The Wheel of Time Episode 5.

The Wheel of Time is currently streaming on Amazon Prime Video.