The 10th season of The Walking Dead has already seen a number of familiar faces and fan-favourites bow out of the AMC horror. From Siddiq (played by Avi Nash) to Laura (Lindsley Register), TWD fans have been left heartbroken a number of times already. Therefore, when actor Nadine Marissa sent out a cryptic tweet in the aftermath of episode 11, fans were understandably worried.

Nadine has played the character of Nabila since season seven and has appeared in over a dozen episodes.

Nabila plays an integral part to communities as the loyal other-half of fan-favourite and all-round nice guy Jerry (Cooper Andrews).

However, as Alpha (Samantha Morton) and her Whisperer army close in on Hilltop in what promises to be an almighty and bloody battle, nobody’s safe.

And judging by what Nadine tweeted once episode Morning Star had concluded, it could be her character who falls victim to the flesh-wearing group. 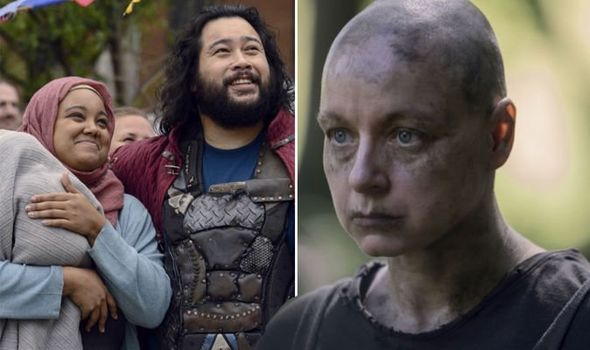 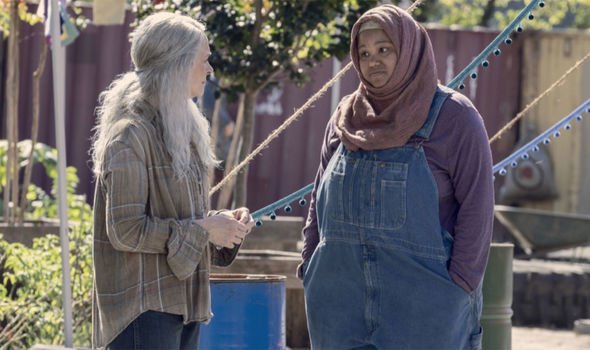 Tweeting from her account (@nadinemarissa), the TWD star said: “Just know I love all of you and have enjoyed the ride!”

With Nabila surviving episode 11, several fans took the actor’s tweet to foreshadow her character’s death in the upcoming instalment.

Several Walking Dead fans wasted no time in expressing their concerns as they sought answers regarding Nabila’s future.

One fan replied: “Wait what? Nabila better be ok!” 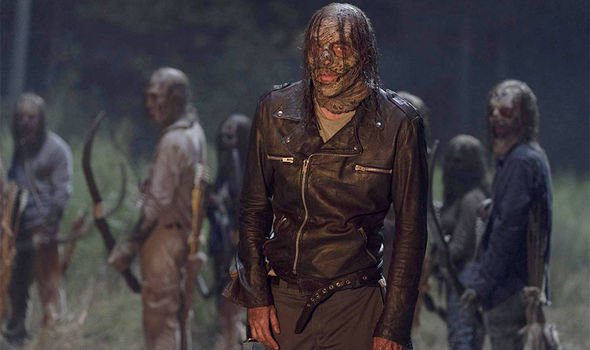 A second added: “Why do you say that now?! You’re scaring us.”

Another Walking Dead viewer tweeted: “UMM no!!! We can’t lose you it will kill Jerry.”

A fourth weighed in: “No no no absolutely not. Jerry needs you oh, the babies need you, we all need you!!!”

While a fifth was equally as upset: “This doesn’t sound good at all.”

The Walking Dead fans will have to wait until Sunday to find out if Nabila makes it out of Hilltop alive or not.

One thing that is for sure is episode 12 promises to be one of the most explosive in recent seasons.

Not only is Hilltop shown up in flames in the next episode’s promo, but a sneak peek from the episode itself shows Negan (Jeffrey Dean Morgan) come face to face with Aaron (Ross Marquand).

After spotting Negan, Aaron pulls out his knife, ready to take out the former Saviour’s leader.

However, Negan pleads with Aaron, telling him: “Hold on one second. I said hold on!

“Don’t go and do something stupid,” he adds before Aaron hits back: “The only stupid thing would be to not kill you.”

Will either of the two meet their demise in the next episode?

The Walking Dead continues every Sunday on AMC and every Monday on Fox UK.