ITV viewers have been tuning into The Voice in recent weeks as next week’s edition will mark the start of the knockout rounds as the final of the competition draws ever closer. Tonight, some viewers weren’t happy with coach Olly Murs after they believed he had made the “wrong choice” for one duo’s song this evening.

The show entered into the final stage of Battles tonight as Sir Tom Jones, Olly Murs, Meghan Trainor and Will.i.am had to cut their team in half.

Sir Tom was the only coach left with the option to steal a contestant as he used it early on in tonight’s instalment.

The spotlight later turned to Olly’s acts, Cameo Williams and Brian Corbett, were up to sing against each other as only one would make it through to next week’s show.

Cameo and Brian were given their song choice by Olly, leaving them both surprised as he announced they would be singing Eternal Flame by The Bangles. 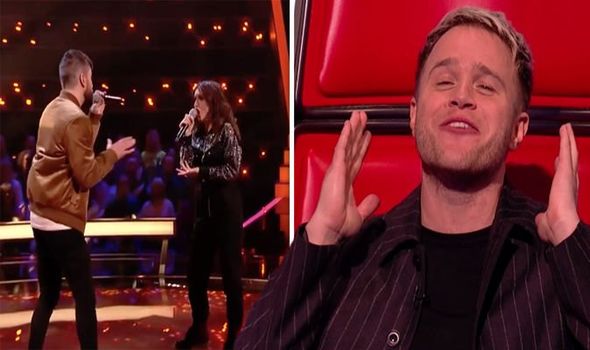 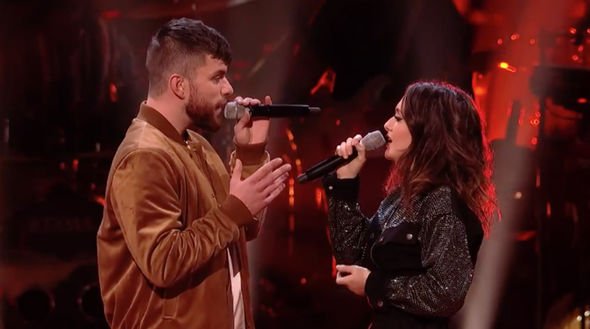 The pair came out to sing as they gave a fantastic performance this evening but not all viewers agreed with Olly’s choice of song.

Coach Meghan Trainor told the pair: “I love that that was the song you chose for them , it was perfect, so emotional, I felt all your emotions in one performance.

“It was magical I think you should be very proud,” she added.

However, Sir Tom noted: “You seemed a little unsure, both of you… but the verbal effect was lovely.” 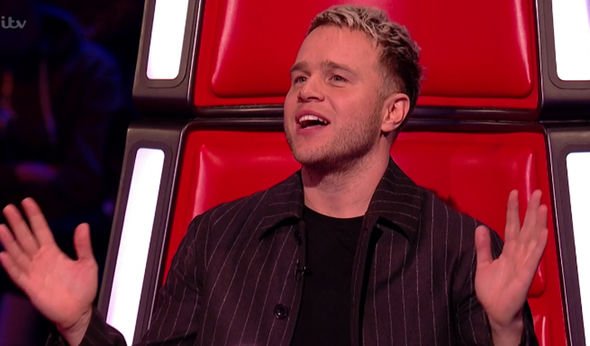 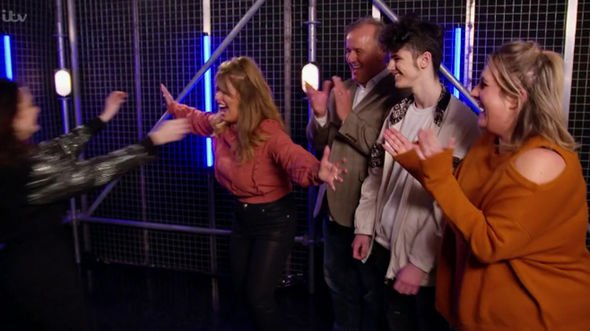 The duo’s coach Olly admitted: “It wasn’t perfect but what you can’t buy is that raw emotion you both bring, very, very proud

Many viewers weren’t happy with Olly’s choice of song this evening as viewers questioned his decision on Twitter after the rendition.

#TheVoiceUK We think that Olly Murs has completely mismatched this couple. A great song is being murdered.

Another wrote: “Wrong song choice this is b****y awful Olly wtf are you doing? #TheVoiceUK #eternalflame.”

A third added: “Well done Cameo! Both great singers but thus, song was totally wrong for them and didn’t suit their voices at all. Olly ruined that song by messing with it #thevoiceuk.”

A fifth commented: “Bangles…Wrong song choice but Cameo all the way #TheVoiceUK

It was down to Olly to make the tough decision between his two acts.”

I can’t hear myself think. Thus person I think is so unique and different so I’m going to go with Cameo,” he explained.

A delighted Cameo told the cameras: “I can’t believe I got chosen, I was busking last week and now i’m through to the knockouts!”

Olly quickly showed his support for the pair after their Battle tonight, taking to Twitter to speak out after the result.

He told his 7.3 million followers: “They both smashed that performance! Love there voices Cameo and @bcorbett871 so much!

“So unique both of them… but Cameo just got it by a whisker! Well done darling x deserved it #TheVoiceUK.”

The Voice UK continues on Saturday at 8:30pm on ITV