The Stranger is a TV series on Netflix based on the novel of the same name by Harlan Coben. In the series mum-of-two Corinne Price (played by Dervla Kirwan) fakes a pregnancy. She said she was inspired by a woman called Suzanne Hope (Aretha Ayeh) who is married to Stuart (Joey Ansah).

WARNING: This article contains spoilers from The Stranger

In the first episode of The Stranger viewers see the titular character played by Hannah John-Kamen approach Adam Price (Richard Armitage) at his son’s football game.

She tells Adam she did not have to stay with his wife, as she has been lying to him for years.

Adam looks shocked as she tells him Corinne faked her pregnancy and subsequently lied about having a miscarriage.

She gave him the name of a website which sells fake baby bumps and ultrasound scans, and Adam finds out she is right. 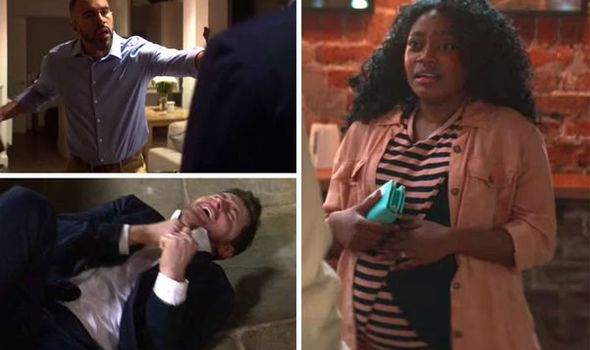 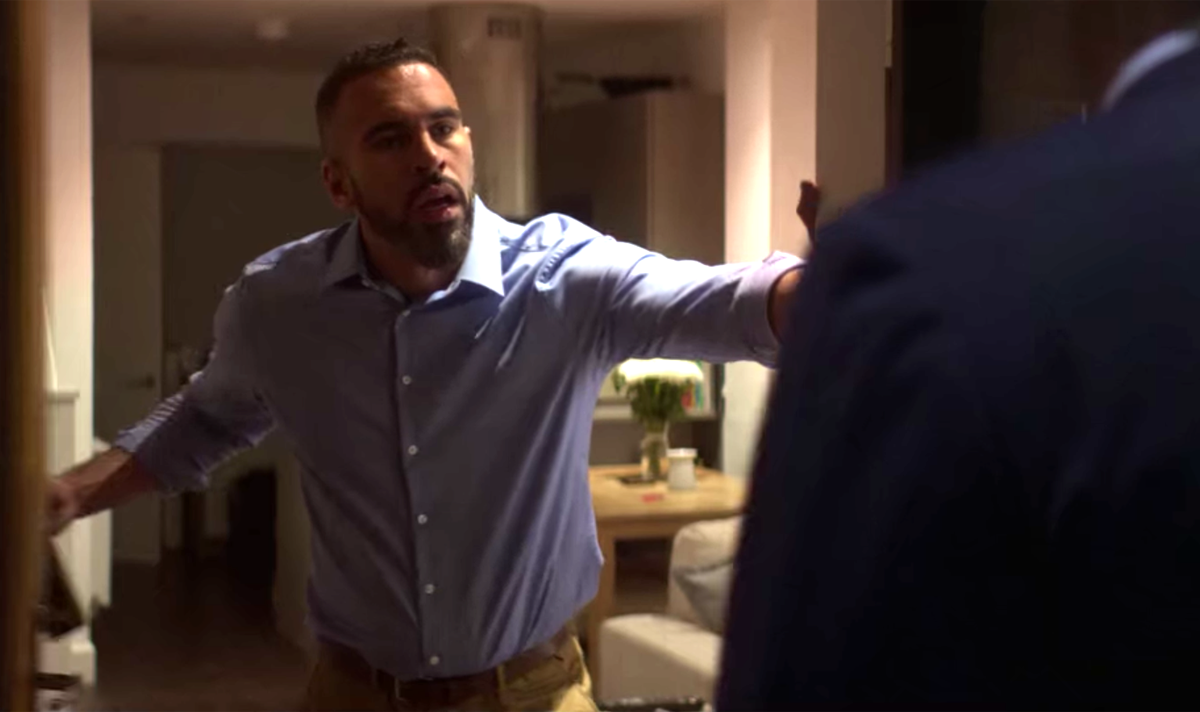 Adam confronts his wife and asks her way she faked the pregnancy. Corinne tells him she saw a woman in a cafe, called Suzanne Hope, who had done the same thing.

She said Suzanne had been getting lots of attention and was treated with so much care during her pregnancy, she wanted to experience the same feeling.

Wanting to find out more about why she faked the pregnancy after Corinne goes missing, Adam tracks down Suzanne and goes to her house to try to ask her some questions.

Her husband Stuart opens the door and as soon as Adam mentions Corinne’s name he flies into a fit of rage. 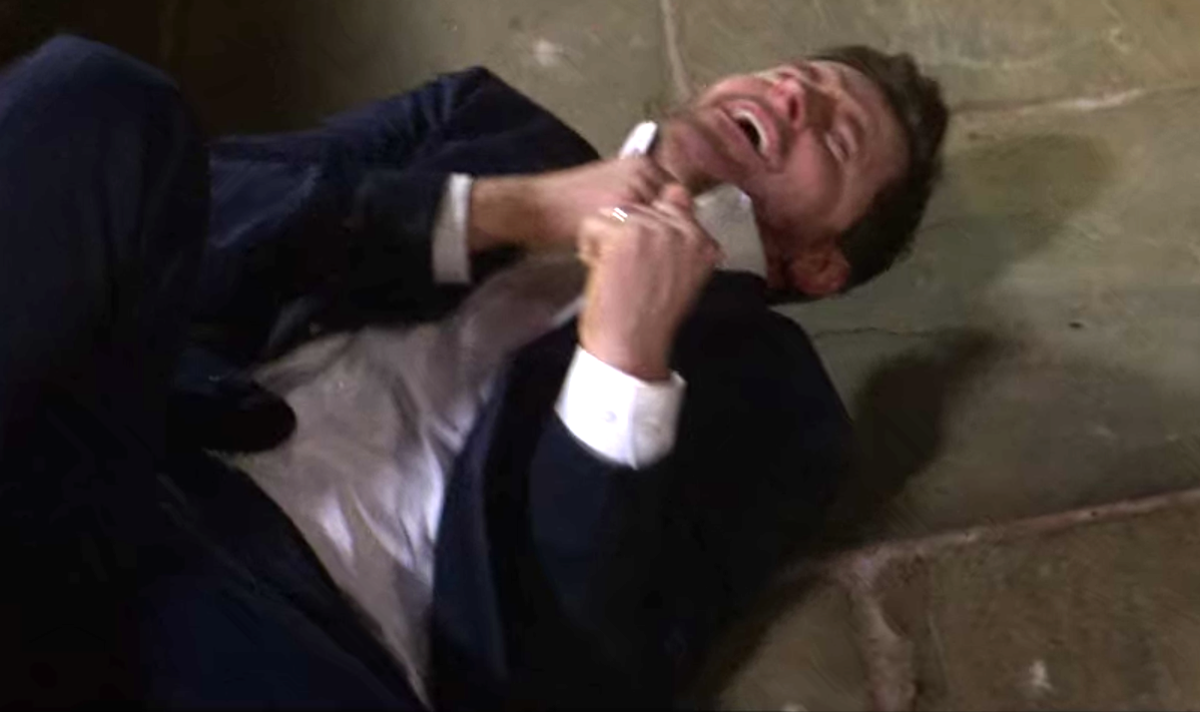 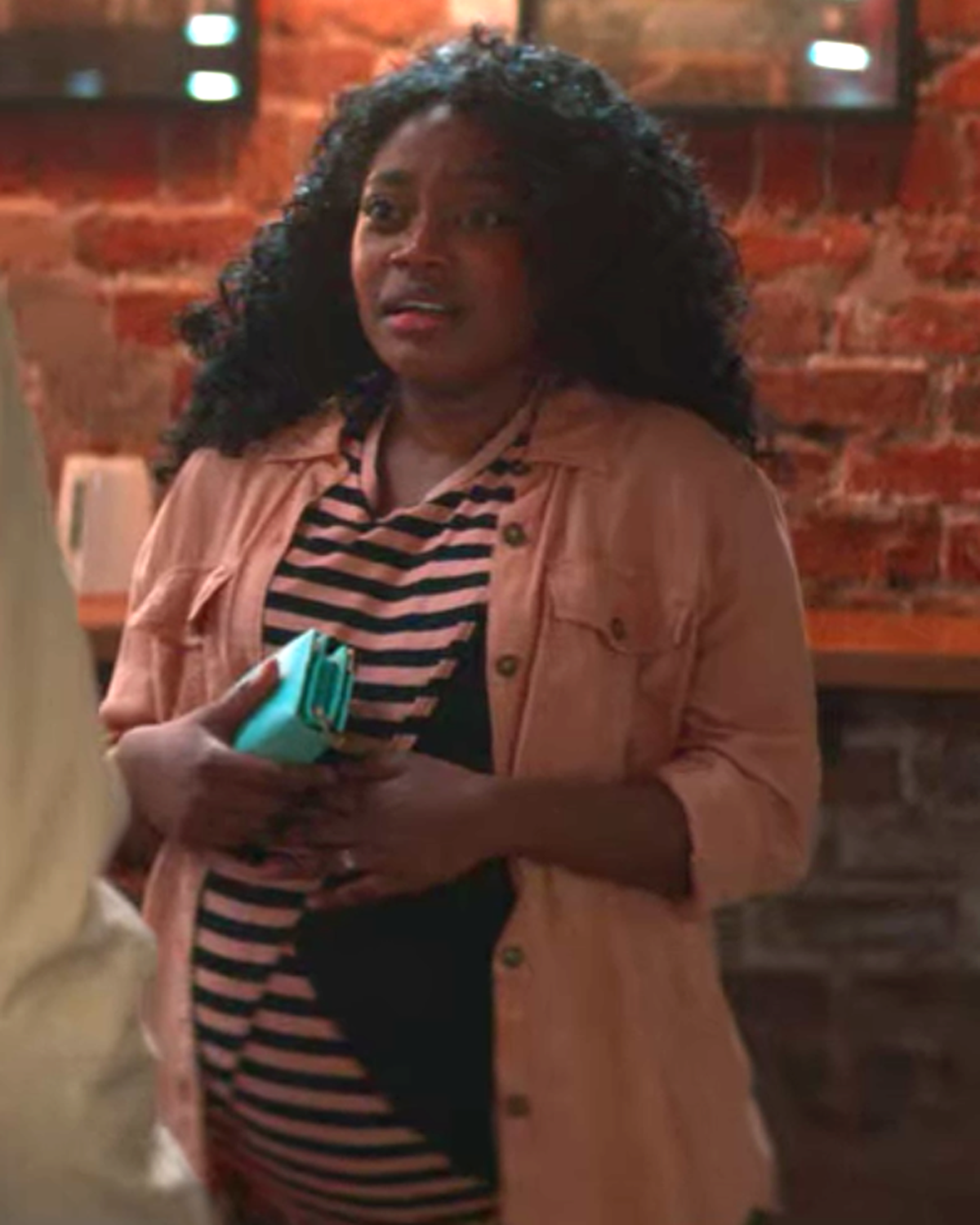 After watching the scene where Stuart attacks Adam on the doorstep fans are wanting to know why Corinne’s name set him off.

Reddit user _ _ _mouse said: “Why did he attack the main guy when he mentioned Corinne?

“I’m guessing he didn’t know who she was as Suzanne met her when she was pretending to be pregnant.”

Other fans of the series have said it was because Stuart was an abusive husband and Corinne had been trying to help Suzanne get away from him.

Stranger2Me said: “Suzanne’s husband was an abusive husband and he probably didn’t like the fact that Corinne was empowering her, which is why he must have really despised Corinne because he didn’t want to lose control over Suzanne.”

DON’T MISS…
The Stranger on Netflix: How did Corinne really die? [INSIGHT]
The Stranger season 2: Will there be another series? Author teases [INTERVIEW]
The Stranger cast: Who is Jacob Dudman? Meet the Medici star [INSIGHT]

Suzanne does not feature heavily in the series after the confrontation at her house.

Corinne had been speaking to Suzanne for months and suddenly realised she still had a bump after disappearing to seemingly have the baby.

Corinne then realised Suzanne must have been using a fake bump and, as she is unable to have children, uses this as a way to feel like a mother.

Corinne used the idea to try and force her husband Adam to stay with her after she found out he had cheated on her with a colleague.

Adam had contacted his bank to get hold of the website for the company Corinne had used to buy the fake bump and pregnancy test.

Shortly after he confronts her about the secret she goes missing, and the rest of the series follows Adam and his family as they try and find her.

At the end of the series it is revealed she was in fact killed and buried at a reservoir by Adam’s best friend, Doug Tripp (Shaun Dooley).

Corinne was about to reveal a secret about Tripp stealing money from their local football club, so he killed her to silence her.

The Stranger is available to watch on Netflix now