Rosie O’Donnell’s self-titled talk show was once mega-popular, and this was way before Ellen DeGeneres. Some of you may even remember coming home from school and curling up in front of the television to watch. She put Koosh Balls on the map, and we’re not going to lie, we got a Koosh Flinger after the show made them so famous!

And who could forget O’Donnell’s obsession with Tom Cruise? We can still hear that “Tommy can you hear me?” jingle in our heads to this day. Did you know that the pair are still chummy? “He is the only person who never misses my birthday. In knowing him for 25 years now, he has never missed my birthday or an event in my life,” she shared in an interview with “The Jess Cagle Show” in January. “Now, I don’t know him enough to go, ‘Hey, Tommy, it’s Ro, the Scientology thing — can we chat?’ Like, that’s not my relationship with Tom Cruise. I don’t have his home phone number.”

Ok, now we’ll get back on track, but we just had to mention how much we adore the Cruise and O’Donnell love! According to IMDb, O’Donnell’s show was on the air from 1996 to 2002. When it came to an end, we shed a few tears — but you know what they say … all good things must come to an end (even our favorite talk show). So what went wrong? Keep scrolling to find out.

Ratings may have been to blame in the Rosie O'Donnell game 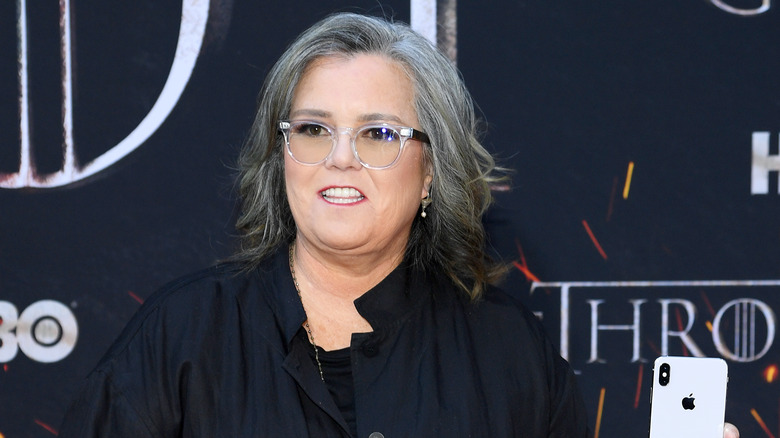 Rosie O’Donnell, coined “The Queen of Nice,” revealed to Katie Couric that she would not continue her show in 2000, per ABC News. O’Donnell told the talk show host that she was “leaning toward” not doing it as her contract was expiring. “Why don’t you just say, ‘I’m not going to do it?'” Couric asked. “Then you’d really make news this morning.” To which O’Donnell acquiesced. “All right, I’m not going to do it.”

“Warner Brothers has been wonderful to me,” O’Donnell told Couric. “They, of course, would love for me to continue. It’s beneficial to me, as it is to them. But at some point, you have to make those decisions in your life.” She also mentioned her children for being a reason to call it quits. “The main impetus for doing the show was my children,” she shared. “And if I did stop doing the show, that would be the impetus, as well, because I enjoy it very much. It’s been more fulfilling than I ever thought.”

Meanwhile, it turns out that declining ratings may have been the real reason why O’Donnell got the boot. “The show is aging, and it’s losing steam,” Media Week analyst Marc Berman told People. O’Donnell did come back for another self-titled show with the help of Oprah Winfrey but that too came to an end after a short time on air. O’Donnell called the cancellation, “fair.”

Tags: O'Donnel, Real, Reason, Rosie, the
You may also like
Celebrities News