When The Office had a big Jim and Pam surprise play out in one episode, the producers knew they had to keep it a secret from the network. They went to great lengths to keep NBC in the dark so the moment wasn’t spoiled for fans.

Jim and Pam find out Pam is pregnant on ‘The Office’

While the Dunder Mifflin picnic is at the center of the story, there’s a huge moment for Jim and Pam in the episode. When Pam injures her ankle during a volleyball game, Jim takes her to the hospital to get X-rays. They find out that Pam is pregnant.

The hospital scene doesn’t have any dialogue, but fans pieced together the news based on Pam and Jim’s reactions. Jim comes out of the exam room elated and calls Dwight to tell him to have subs play the volleyball game, then returns to the room to hug Pam again. 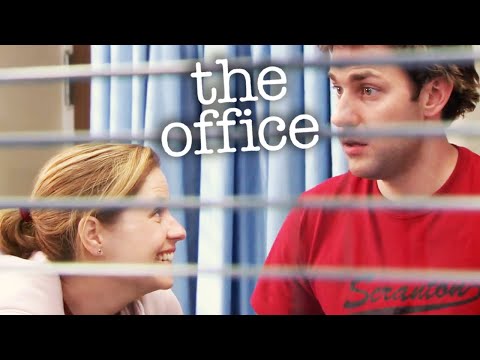 Since Pam’s pregnancy was such a huge development, The Office producers kept it a secret from the network.

When a fan asked if Fischer knew in advance about her character’s pregnancy, she said she found out shortly before the table read. “I remember sitting in that table read and [director] Ken Kwapis read the stage directions and there was like an audible gasp in the room.”

Fischer shared the minimal script details. “The doctor tells Jim something and we see Jim’s face light up. Pam is also grinning. Jim and Pam hug. Jim walks out with a big smile on his face,” she read.

While the details about Pam’s pregnancy weren’t written, the actor said, “Everybody knew, ‘Oh my gosh, Jim and Pam are going to have a baby.’”

That vague description was removed from the shooting draft. “Those scenes are omitted. It just says scene 51, 52, 53. See production for details,” Fischer said. “It was a huge secret.”

Kinsey said that the DVD commentary gave a little more insight into why they wanted to keep this plot point a secret. “They shared on the commentary that our producers made a huge effort to keep this a secret,” she explained. “They didn’t want it to get out to the audience.”

She added, “They didn’t want it to be ruined. They could not let NBC know. So none of the scripts had the final scenes … and then the scripts that went out, they were omitted from those.” The scene was even deleted from the CDs they sent NBC from their shooting day.

Kinsey continued, “And then the final master cut of the whole episode that the network gets to review before it goes on the air? They had deleted it from those as well.”

They also watermarked the scripts and discs to prevent them from being copied. 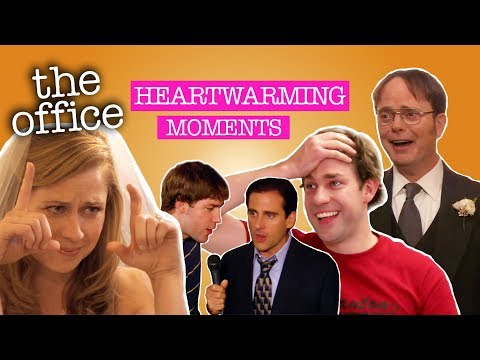 ‘The Office’ moment was a surprise to fans

Fischer and Kinsey said the Jim and Pam scene was, of course, put in the airable version of the episode. It was provided at the last minute so there was no way to ruin the surprise.

“They were just, I guess, so paranoid,” Kinsey explained. “But it didn’t get out there and it was a true surprise.”

Fischer pointed out that NBC promos might have teased the surprise so it was worth it to go that extra mile for to keep it secret. “I think that was always their big fear was that, in order to tease the audience, that they would reveal like big plot points,” she explained.

Kinsey agreed, saying, “All it would have taken is one NBC teaser of you and Jim in a hospital” to spoil the pregnancy news.