The Tokyo Summer Olympics are starting in 3, 2, 1 and here’s to hoping 1) Team USA kills it (obvs!!!), and 2) everyone’s outfit stays in place. The Olympics have a pretty long history of wardrobe malfunctions, which makes total sense if you think about it: The world’s best athletes are running, jumping, twisting, turning, and moving around in all kinds of superhero-like ways, and yeah, sometimes their outfits snap. Which, no big deal, happens to the best of us, not to mention dozens of celebs on the red carpet.

Wardrobe malfunctions are particularly common for ice dancers during the Winter Olympics—so much so that there’s an entire team of seamstresses on hand to repair costumes. “They come in handy,” said Michelle Kwan told The New York Times in 2014. “If your zipper doesn’t work, you’re in trouble.”

But still…split seams happen! Here’s a look back at 10 of the most infamous wardrobe functions in Olympics history. 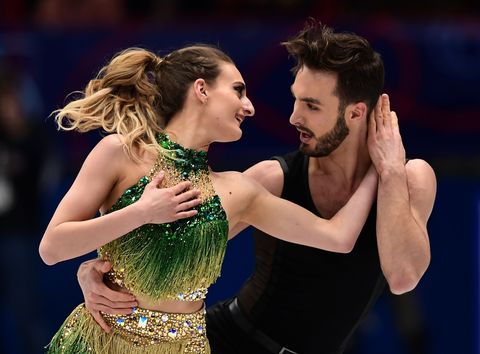 French ice dancer Gabriella Papadakis had a pretty major wardrobe malfunction when the top of her costume came undone while performing at the Winter Olympics in 2018—but she handled it like a total pro and didn’t stop the routine.

After the performance, Papadakis told reporters, “It was my worst nightmare happening at the Olympics. It happened in the first few seconds [of the routine]. I told myself I didn’t have a choice; I have to keep going. I think we should be proud we were able to deliver a strong performance with that happening. I felt it right away, and then I prayed. That is about all I could do.” 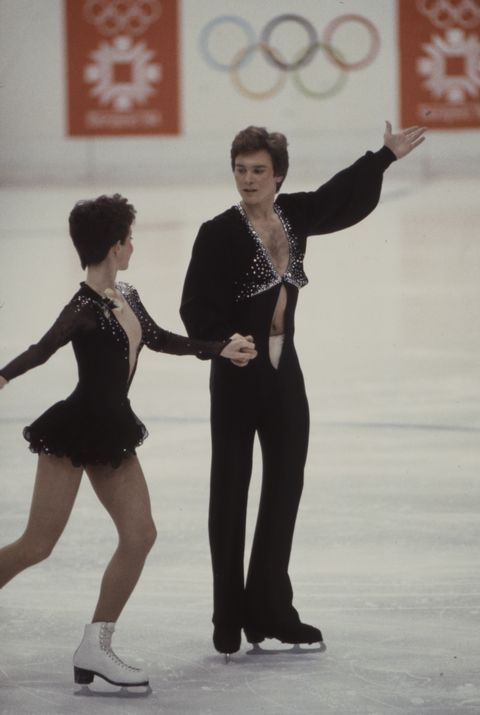 Ice dancer Sergei Ponomarenko had a skating-related wardrobe malfunction of his own during the 1984 Winter Olympics when his outfit opened up and revealed his stomach. Honestly, not hating this look! 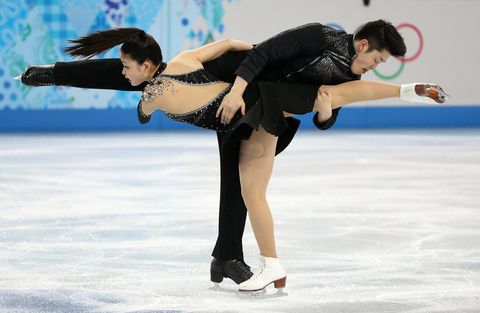 Ice dancing siblings (what, you don’t ice dance with your brother?) Alex and Maia Shibutani had a joint wardrobe malfunction during their performance at the 2014 Winter Olympics, when their costumes got literally stuck together and tore Maia’s tights. Truly gives a whole new meaning to sibling bond. Maia said at the time, “When I tried to come down again, it got stuck. We had two options: Put the lift down and wait four seconds or do what we did and get through it.” 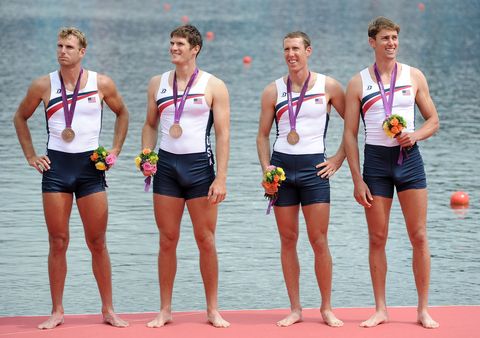 Rower Henrik Rummel went viral at the 2012 Games in London for his, uh, bulge. He was fine with it, but his wife? Not so much. “I took it kind of tongue-in-cheek and I thought it was hilarious, but my wife didn’t like it,” he told Cosmopolitan (hi!). “She didn’t like that everyone was talking about that and not about me winning a medal at the Olympics. And the same thing with with my parents, they couldn’t avoid it at the time, and it’s not something that I am happy they had to go through.” 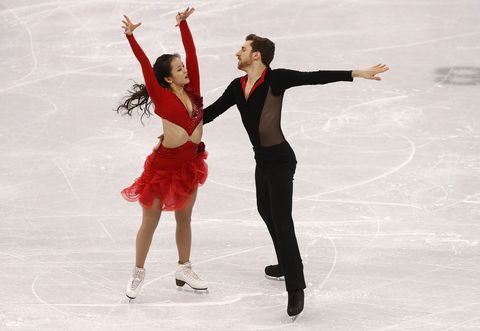 Yura Min had a wardrobe malfunction on the ice during the 2018 Winter Olympics, when the hook that held her entire costume together came undone. “Five seconds into the routine, my hook came undone,” she said at the time. “I was like, ‘Oh no!’ If that comes undone, the whole thing could just pop off. I was terrified the entire program. I didn’t stop. I went from the beginning to the end. I didn’t stop because you get a deduction if you stop in the middle of a program. In my head, I was thinking, ‘Is it better to stop and fix it and get the deduction or keep going?’” 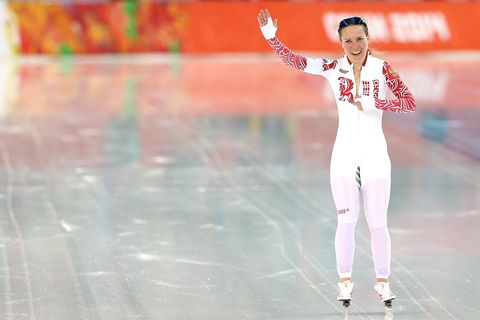 Russian speedskater Olga Graf’s malfunction was actually intentional. She just wanted some air and ended up unzipping herself! “I totally forgot,” she said. “We have very good suits and they are very tight. … You just want to breathe and you want to take off your suit. Only afterward did I realize that maybe this video will appear on YouTube. But I don’t think it will be so bad.” 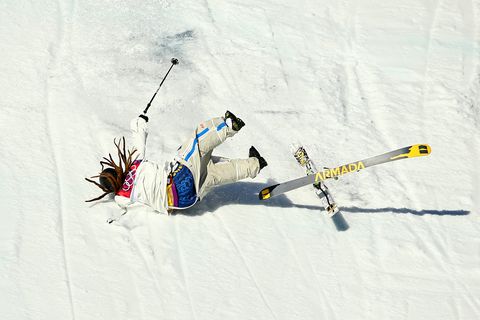 Skier Henrik Harlaut literally lost his pants during the 2014 Winter Olympics. As in, they fully fell off his body. But he didn’t seem too worried about it judging from photos!

Speaking of pants malfunctions, bobsled racer Gillian Cooke had some issues with hers during the 2010 Winter Olympics when they legit split open. But she took it in stride, joking, “It’s a good way to break the ice, especially with new team-mates—it always gets a laugh. I’m just so grateful I was wearing underwear that day.” 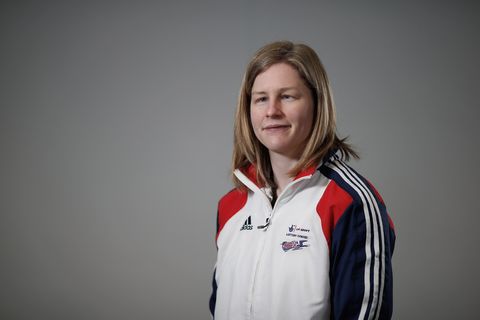 British diver Tom Daley also managed to lose his pants on camera thanks to his uniform getting pulled down in the water. “I was absolutely mortified,” he said in a YouTube video. “But, what can you do? There was lots of bubbles going on so no one saw too much.”

I mean, can’t end this list without mentioning Tonya. The infamous ice skater broke a lace during the 1994 Winter Olympics and was given a re-do by the judges.

Welp. Here’s to hoping no major malfunctions happen this summer, but if they do, no bigs!

Tags: famous, Most, Olympic, the, Wardro
You may also like
Celebrities News