The famous Golden Girls house has officially sold for just over $4 million. Scroll on to take a look inside the home. 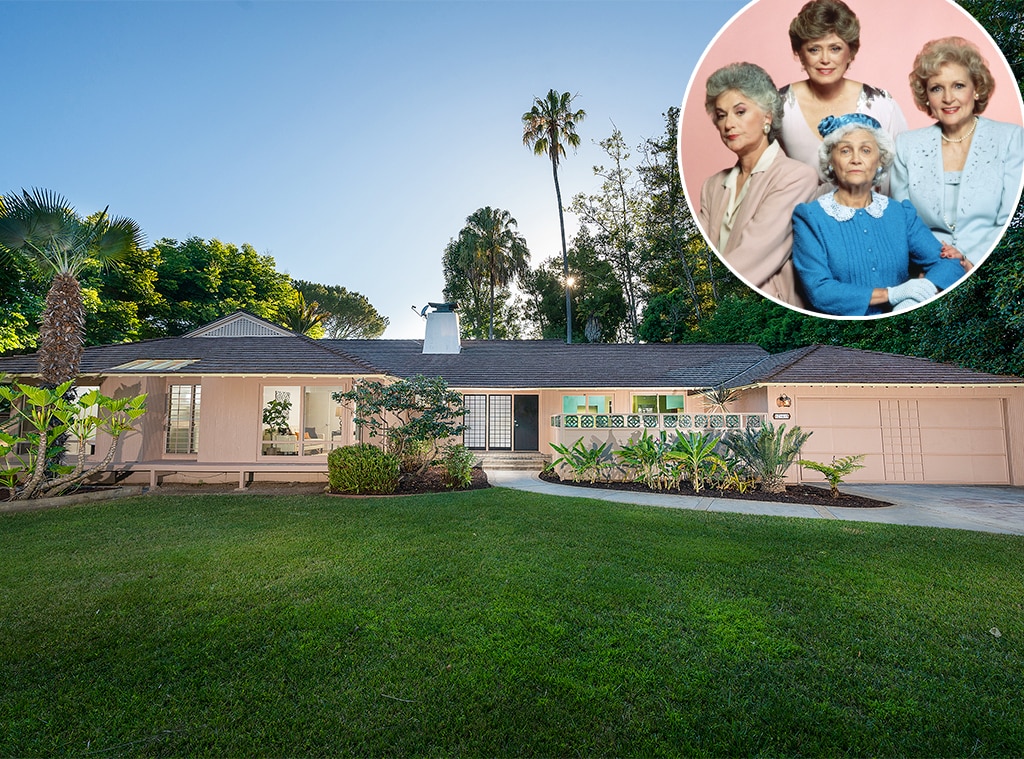 UPDATE: The iconic Golden Girls house is officially off the market. A rep for Douglas Elliman tells E! News that the home closed last week, Friday, Aug. 14, for more than $1 million over asking, making the closing price $4,000,260.

Alexa, play "Thank You for Being a Friend."

You could live inside TV history as The Golden Girls home is now on the market. The 4-bedroom abode, which is actually located in Brentwood, Calif. not Miami, Fla., is on sale for the first time in 65 years by the estate of the original owners.

This famous house can be yours for just under $3 million.

Although the exterior was made famous on the comedy starring Betty White, Rue McClanahan, Bea Arthur and Estelle Getty, the show itself was filmed on a sound stage. Thus, fans are now finally getting a look at the actual interior of the home.

Built in 1955, the residence was designed by a Hawaiian Mid-Century Modern architect and is about 3,000 square feet. And it seems that the home has preserved several period details as it features a tri-colored kitchen with turquoise and avocado cabinets, oak hardwood floors, a veranda and more.

Sounds strikingly different to the pastel and wicker-inspired interior design showcased on the show. The Golden Girls ran for seven seasons between 1985 and 1992.

Up until 2003, an exact replica of the home's façade was featured at Disney's Hollywood Studios in Orlando, Fla.

Take a closer look at The Golden Girls home by scrolling through the images below!

Does this front look familiar? It should, it was featured throughout 7 seven seasons of The Golden Girls.

A bright room with a view is perfect for a formal or informal sit down dinner.

A blast from the past! Colors like Avocado and turquoise fill this vintage kitchen.

Table for two! This little dining area is close to the kitchen.

The residence has a space where you can work from home.

You can see the Hawaiian Mid-Century Modern design featured in this bedroom.

A spacious bathroom that includes a tub!

A sunny second bedroom is ideal for overnight guests

A pristine lawn is the star of the back yard.

Find tranquility on this stunning porch.

Everything We Learned About Chrishell Stause's Bombshell Divorce

If only the home came with Rose, Blanche, Dorothy and Sophia!