The English Game is a new period piece coming to Netflix, which was created by Downton Abbey writer Julian Fellowes. The series focuses on the rise of the world’s most famous sport in the 19th century and how it became a sport for everyone. Here is everything you need to know about the inspiration behind the latest period drama.

This new series is set a couple of centuries ago when football was just starting to become a popular sport.

Netflix said: “Two 19th century footballers on opposite sides of a class divide navigate professional and personal turmoil to change the game – and England – forever.”

The Netflix drama focuses on matches from the 1880s, during the 1883 cup final, which paved the way for the most-played sport in the world. 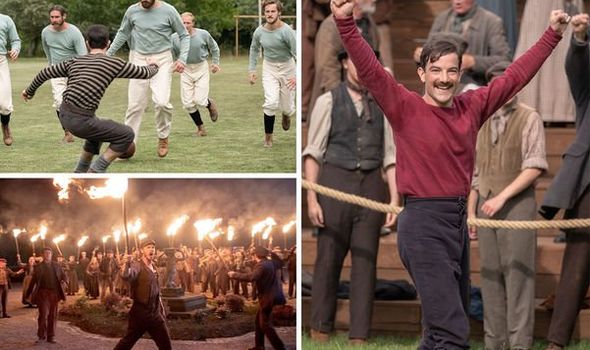 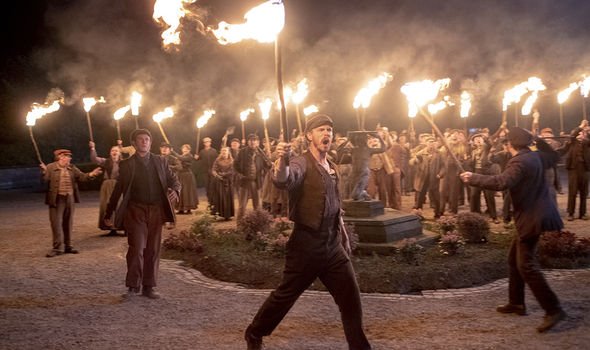 The masterpiece by Julian Fellowes is indeed based on true events and it shows the class conflict which occurred when the sport first became popular.

The Old Etonians match features in the series and the BBC said: “That match was a historic clash between the former Eton public schoolboys and the mill workers of Blackburn.

“It was also a pivotal moment because two Lancashire-based Scots had become the first to be paid for playing, at a time when the public schools wanted to keep the game strictly amateur.

“For their money, they ushered in new tactics, and set football on course to become the all-conquering spectacle we know today.”

Filming for the match took place in Altrincham, near Manchester, but the real final was played at the Kennington Oval in London. 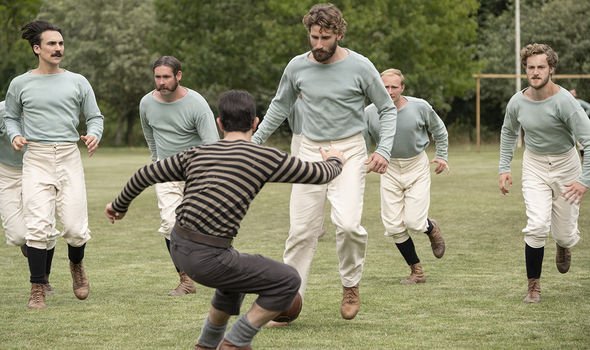 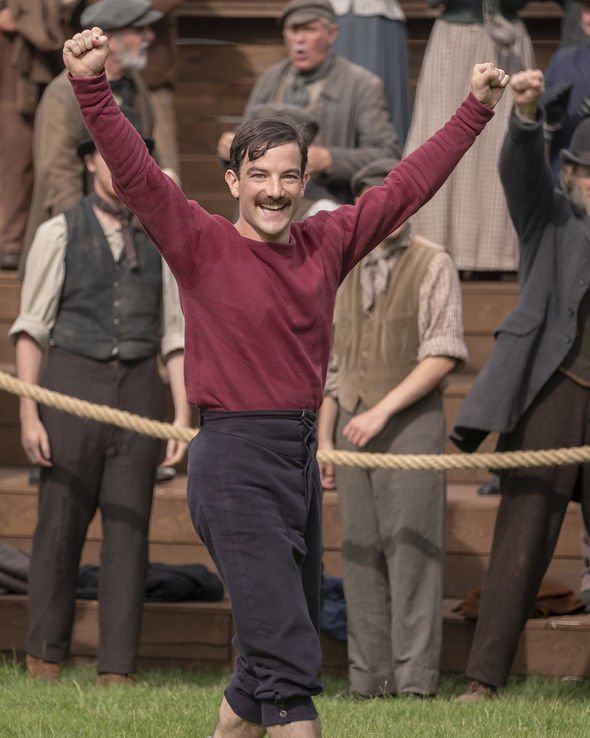 The six-part drama focuses on the origins of the game and Netflix tweeted about the new series when it was first announced.

They said: “The English Game – written by Downton Abbey creator Julian Fellowes – charts the origins of football and how those involved reached across the class divide to establish the game as the world’s most popular sport. Coming 20 March.”

The class divide is clear from the trailer and battle lines have been drawn between the two teams.

A voice is heard saying: “There are people who don’t think working men should be playing the game.”

Riots follow with the working men chanting: “The time for talking is over”.

The contemporary history of the game first began in 1863 in England with the oldest football club founded in 1789.

By 1871 the FA Cup had become the world’s largest football competition and the competitive aspect caught the attention of the working class.

Netflix Vice President of International Originals, Eric Barmack, told Variety: “The English Game [is] about the invention of modern football and how those involved in its creation reached across the class divide to establish the game as the world’s most popular sport.

In the 19th century, public schools all played with different rules, and a universal set of rules did not come about until the time of the Football Association.

Julian Fellowes picked this particular match between the Old Etonians and the Blackburn team as a turning point for the great game.

From here teams from all over the country were getting involved in the sport, including those from the north and midlands.

The series hopes to throw viewers right back to a time when the game itself was not the only subject of dispute.

There were more important things at stake, including the rights of the working class, and this new series addresses how the playing field is levelled.