A CONTESTANT on The Chase was forced to apologise to host Bradley Walsh – for constantly interrupting on the show.

Peter was the second player to face Chaser Paul Sinha after teammate Gordon made it through to the final Chase with a sizeable £7,000. 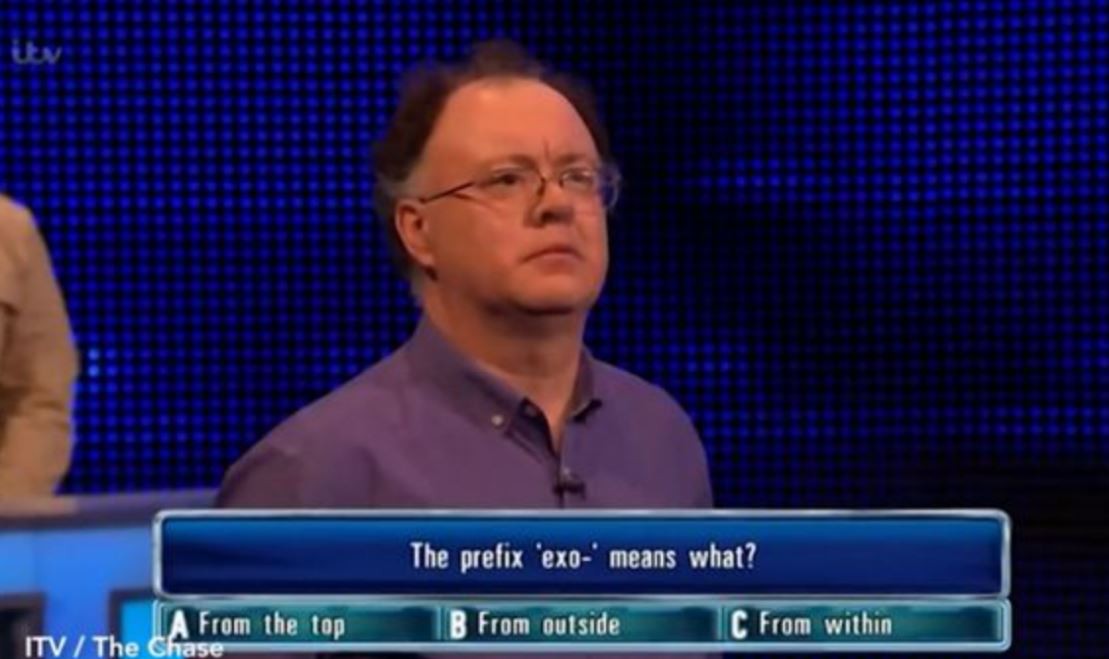 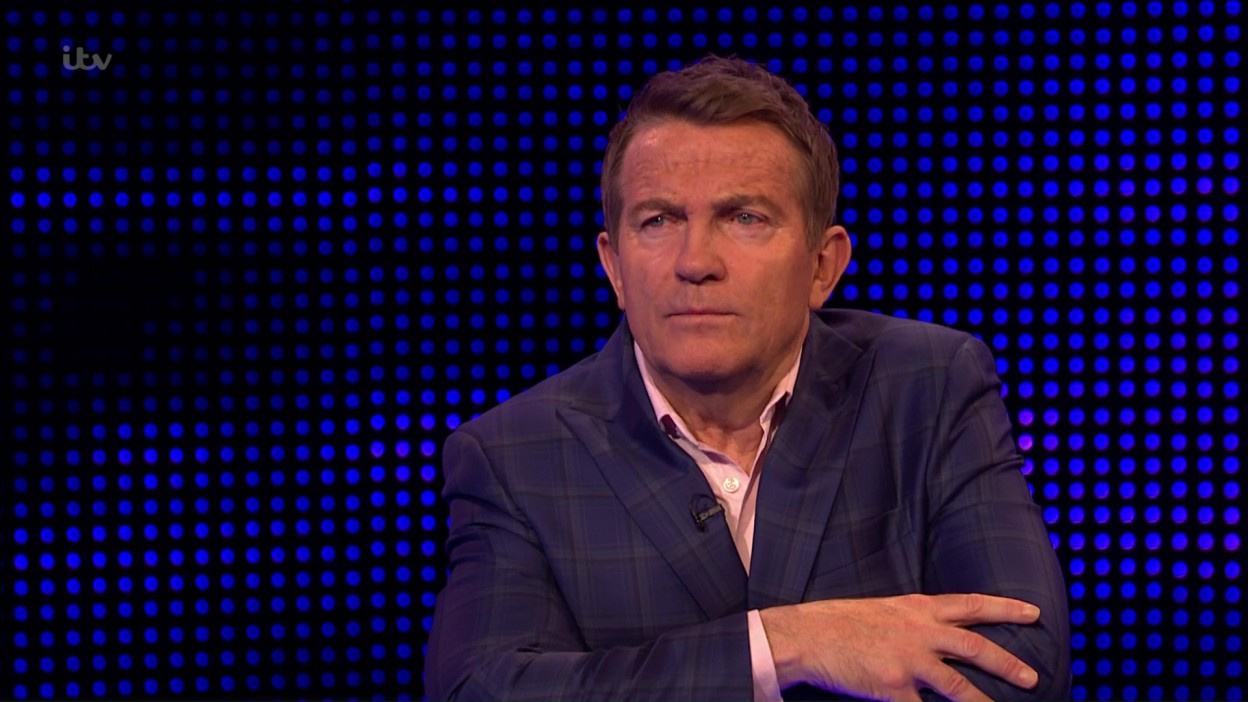 At the table, Peter revealed his answer before ITV host Bradley could get to it, leaving him to have words with the contestant.

Bradley first asked Peter: “The prefix ‘Exo’ means what, A, from the top, B, from outside, C, from within.”

With both Peter and Paul answering the question quickly, Peter began explaining to Bradley: “Exo, if you..”

But before he had a chance to continue, Bradley snapped back: “Yeah, alright, Peter!”

Eventually, Peter flew through the round and made it back to sit alongside fellow competitor Gordon.

Up next was Chloe, who only managed to build £1,000 in the first round.

He offered her a low amount of £100 and a high amount of £50,000, which she laughed at and turned to her teammates for help.

She decided to take the lower offer of £100 in a safe bet to make it back, however, the questions weren’t in her favour and was caught two from home.

The last contestant was Helen, who built £8,000 in the cash-builder round and was surprised with herself when Bradley told her how well she had done.

Also securing herself in the final Chase and, with £22,000 between them, the team managed to get 19 steps ahead of 'The Sinnerman'.

But with two failed attempts to push him back, the team were caught with 16 seconds to go and lost their chances at winning the prize money.

After their unlucky defeat, Chaser Paul affirmed: “You're unfortunate because I was really on from there, and what you needed as well as those two pushbacks but was Chloe, extra points.” 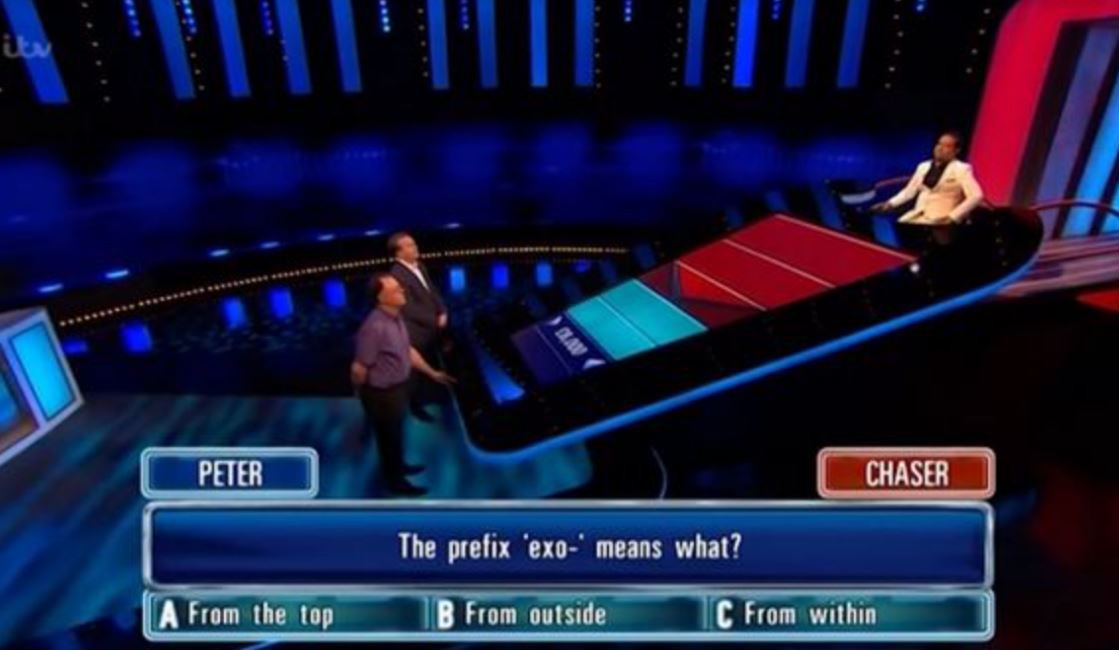 Tags: chase, contestant, Forced, the, to
You may also like
Celebrities News