In a heated dust-up live on GMB the Justice Secretary snapped back at the presenter's brutal takedown of the PM's bizarre ramblings about Peppa Pig. 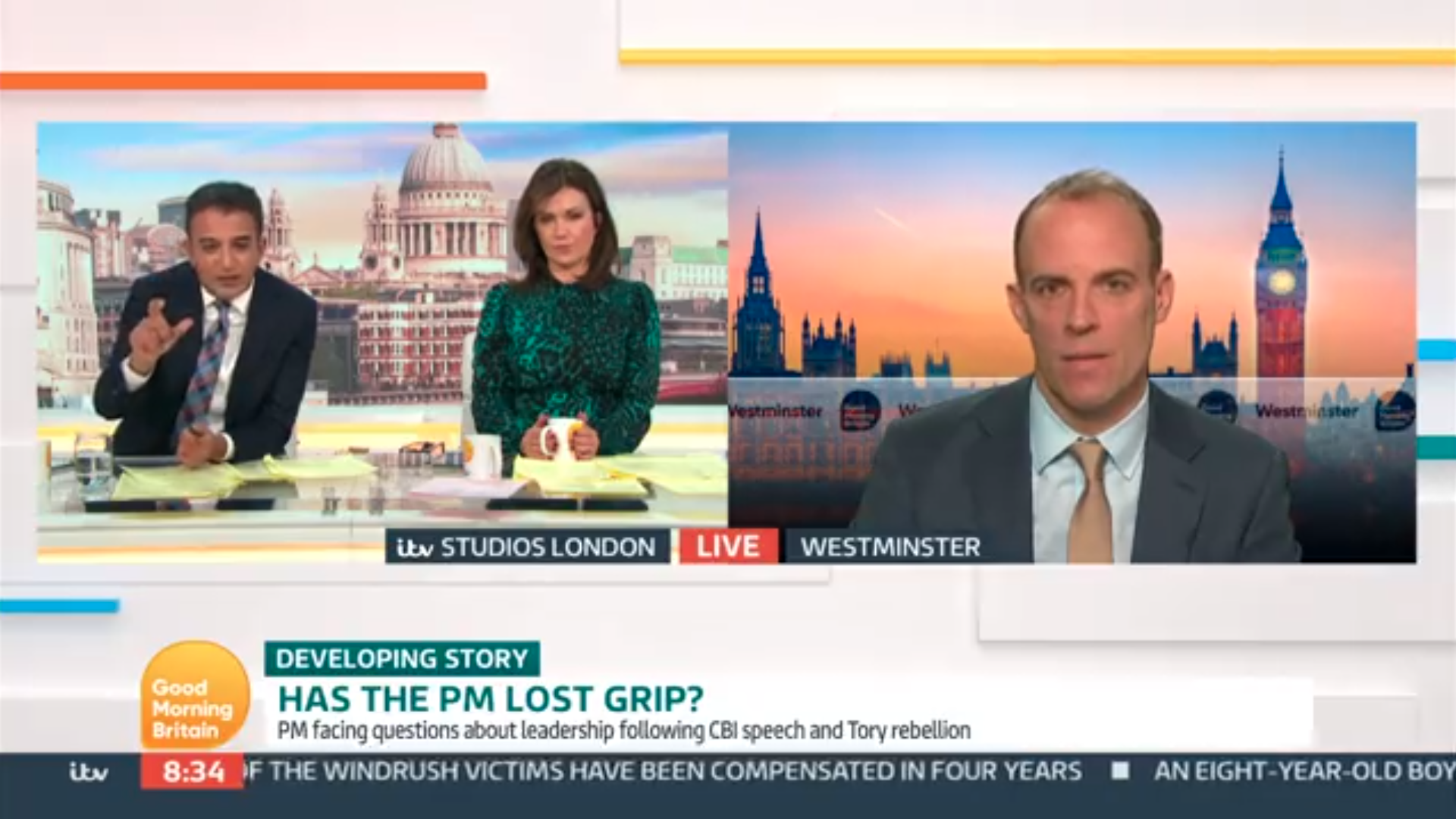 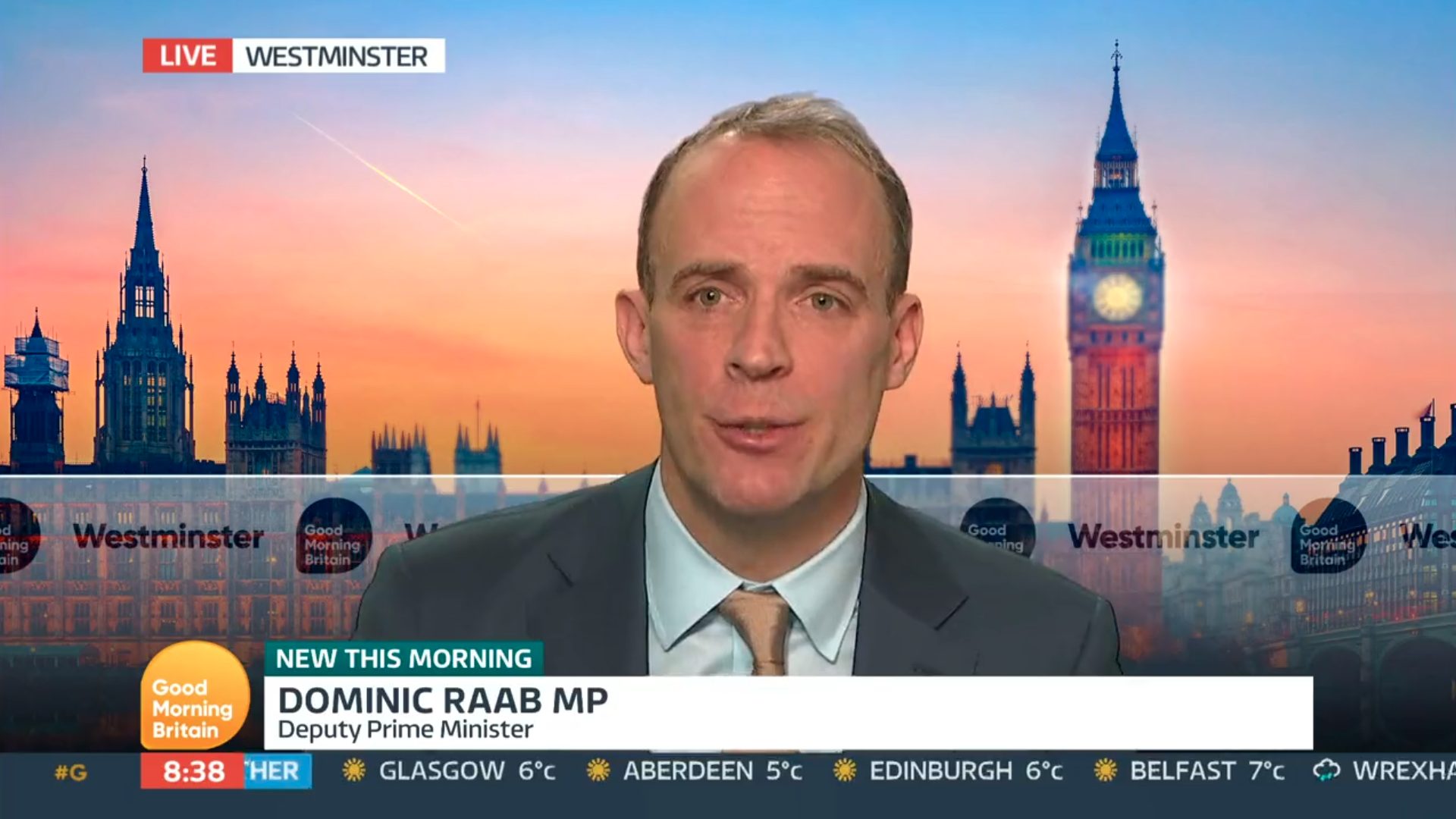 He also lost his rag with co-host Adil Ray during a row about the government's social care reforms, telling him to "take a breath" and let him finish.

Tory MPs are among those questioning whether BoJo's lost his mojo following a string of blunders that climaxed in Monday's strange address to business bosses.

Putting the catalogue of woes to his deputy, Reid said: "We know backbench Tory MPs have been really concerned about the way that they were whipped, told to vote over sleaze reform.

"And while all of these concerns are there, you have the Prime Minister losing his way – literally losing his way – in a speech to the most powerful business leaders in the country at the CBI, and talking about Peppa Pig.

Mr Raab shot back that the healthy state of the finances speaks for itself and hailed Peppa Pig as secret weapon for UK trade.

The minister said: "It is a great British export around the world. Many have watched it with their children or their grandchildren, as I used to do when mine were a bit younger.

"But actually it's a massive export right around the world including in places like China."

Downing St yesterday insisted Mr Johnson was "well" and wasn't asleep at the wheel amid bewilderment at the speech, where he also did an impression of a car engine and lost his place.

The Deputy PM also defended the government's social care reforms against claims it'll clobber the poorest people hardest by forcing them to sell their house to pay for costs.

Hitting out at Labour's lack of a plan, he railed: "It's not fair to say we're actually a credible alternative is to look after the poor in such a nebulous way."

Incredulous Ray interrupted: "Why is that not fair to say? That is the fairest thing we should be saying!

"Surely a credible alternative policy in everything you ever do should be to look out for the poorest people. How is that not the fairest thing to say?"

Raab snapped back: "If you just take a little pause of breath and let me answer the question in full.

"Of course it's right to criticise and that's your job and to scrutinise, but I don't think it's right to say well it is too stingy or it's not supported in one or other section of the society without coming up with a credible alternative.

"I don't agree with your characterisation."