When the Edge of Extinction island began in season 38, it didn’t go over well. It was highly criticized, so now that Jeff Probst brought it back in Survivor 40: Winners at War, fans have a lot to say. To make things fair, they are begging the producers to end the twist at the merge. 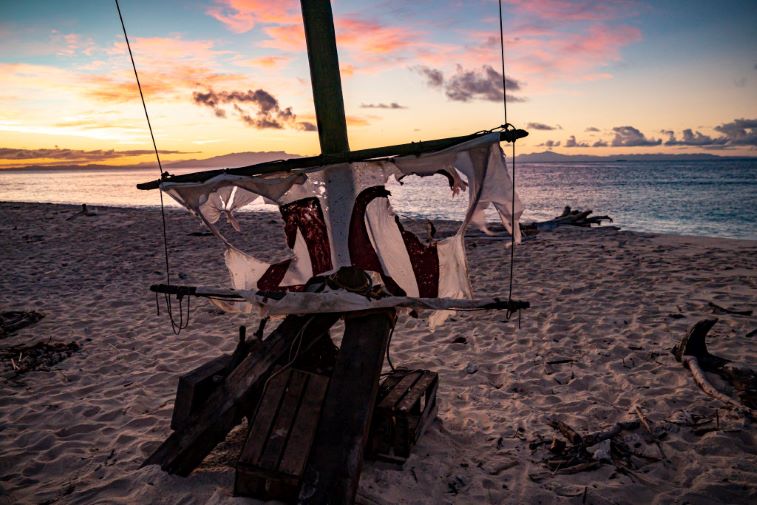 What happened on ‘Survivor 38: Edge of Extinction’ that made fans hate it so much?

With each new season of Survivor, Jeff Probst and the other writers/producers try to think up new ways to make the game enjoyable. Since the show has been on for twenty years now, it makes sense that it should grow and change. Otherwise, CBS is afraid that fans might stop watching.

So, for Survivor Season 38: Edge of Extinction, Probst brought in an intriguing twist. When players were voted off, they had the choice to go to a desolate, abandoned beach with even fewer necessities than the main island. There they receive clues to the whereabouts of rice as well as advantages to help them get back in the game.

At the tribal merge, the contestants on the EoE competed in a challenge to get back in the game. One winner — Rick Devans — returned to the main island. The others could choose whether to go back to EoE — and become the first players of the jury — or quit entirely. Then on day 35, during the season finale, the remaining players competed in one last challenge to attempt to get back into the game. Chris Underwood won, re-entered the game, and then went on to win the $1 million prize.

The backlash after Underwood won the title of Sole Survivor was intense. It was the “worst season” with the “worst winner ever,” according to Leigh Oleszczak of Surviving Tribal. Underwood had the most unfair advantage forming bonds on EoE with the people that became his jury, according to Dalton Ross from Entertainment Weekly.

Fans fear the worst is going to repeat itself with the Edge of Extinction on ‘Survivor 40: Winners at War‘

In episode 4 of Survivor 40, the EoE players get the daunting task of climbing to the peak of the island to collect 20 pieces of firewood. They had to carry each piece down one-by-one before sundown to gain one fire token.

By the end, two-time cancer survivor, Ethan Zohn almost fainted and looked like death. The other three castaways on the island supported him by climbing to the top of the island with him on his last one for moral support.

The moment was seen as beautiful by many. However, it is also receiving backlash because it depicts exactly what happened in season 38. The four contestants on EoE are forming lasting bonds that might help them win the $2 million if they get back into the game.

“This is so sweet and cute, but this illustrates so hard why EoE if it HAS to exist, needs to be an end at merge thing if the game of Survivor is still about outwit, outlast, outplay,” one Reddit user wrote about the bond between Natalie Anderson and Ethan.

“The existence of EoE means players are making bonds that have zero strings attached because they’re outside of the construct of the game,” she added. “And the more powerful and bonding they are, such as what happened in this episode, the more unfair it is.”

Many fans agree that the person who jumps in at the very end of the game from EoE has a massive advantage over the other players. It will be interesting to see if the twist continues all-season or if Probst takes the suggestions of critics and fans to end it at the merge.

Why did Probst bring back Edge of Extinction in ‘Survivor’ 40 after it received so much hate?

“The number one reason,” Probst told Dalton Ross from Entertainment Weekly, “is that I did feel that when we called winners, that if they thought it was one and out — ‘I’m voted out, and I’m done’ — their chances of saying yes were not as high as if it would be if I said ‘No matter what, you will have another shot at the prize.’”

So, fans must decide if they are happier having all of their favorites back or if they would rather have fewer winners with no EoE.

From the promo for episode 5, it looks like it’s time for the merge. We will find out rather quickly whether the EoE is sticking around for good. Survivor airs Wednesdays at 8 pm ET on CBS.

Read more: ‘Survivor 40: Winners at War’: Did the Producers Give Ethan Zohn an Unfair Advantage of Food and Water When He Fainted on the Edge of Extinction?

Tags: 'Survivor, 40:, at, Winners
You may also like
Celebrities News