Series like Grey’s Anatomy, Sex Education and The Bachelor are making waves on social media, even before they touchdown this fall for their latest iterations. On Monday, Twitter revealed the top ten most-tweeted about series.

From May 31, 2021 to August 9, 2021 Succession and This Is Us took the ninth and tenth most-tweeted about slots, respectively. Within that window Succession, which will return for its highly-anticipated junior season, has climbed up the Twitter trends with trailer and cast announcements. The HBO series’ upcoming season has enlisted a number of power players including Adrien Brody and Alexander Skarsgård. For the first time in its history This Is Us will not return in the fall, but midseason for its sixth and final season.

Taking the 5 through 8 spots on the most-tweeted list are 9-1-1, Station 19, The Voice and Chicago Fire, respectively. Riverdale tops the aforementioned titles, holding the fourth most-tweeted slot in the Twitter survey.

ABC’s long-running medical drama Grey’s Anatomy comes in at No.2. Between the Dr. Meredith Grey (Ellen Pompeo) nearly dying due to Covid-19 and the many exits from the series including Jesse Williams and Giacomo Gianniotti, Season 17 was an emotional rollercoaster for fans. 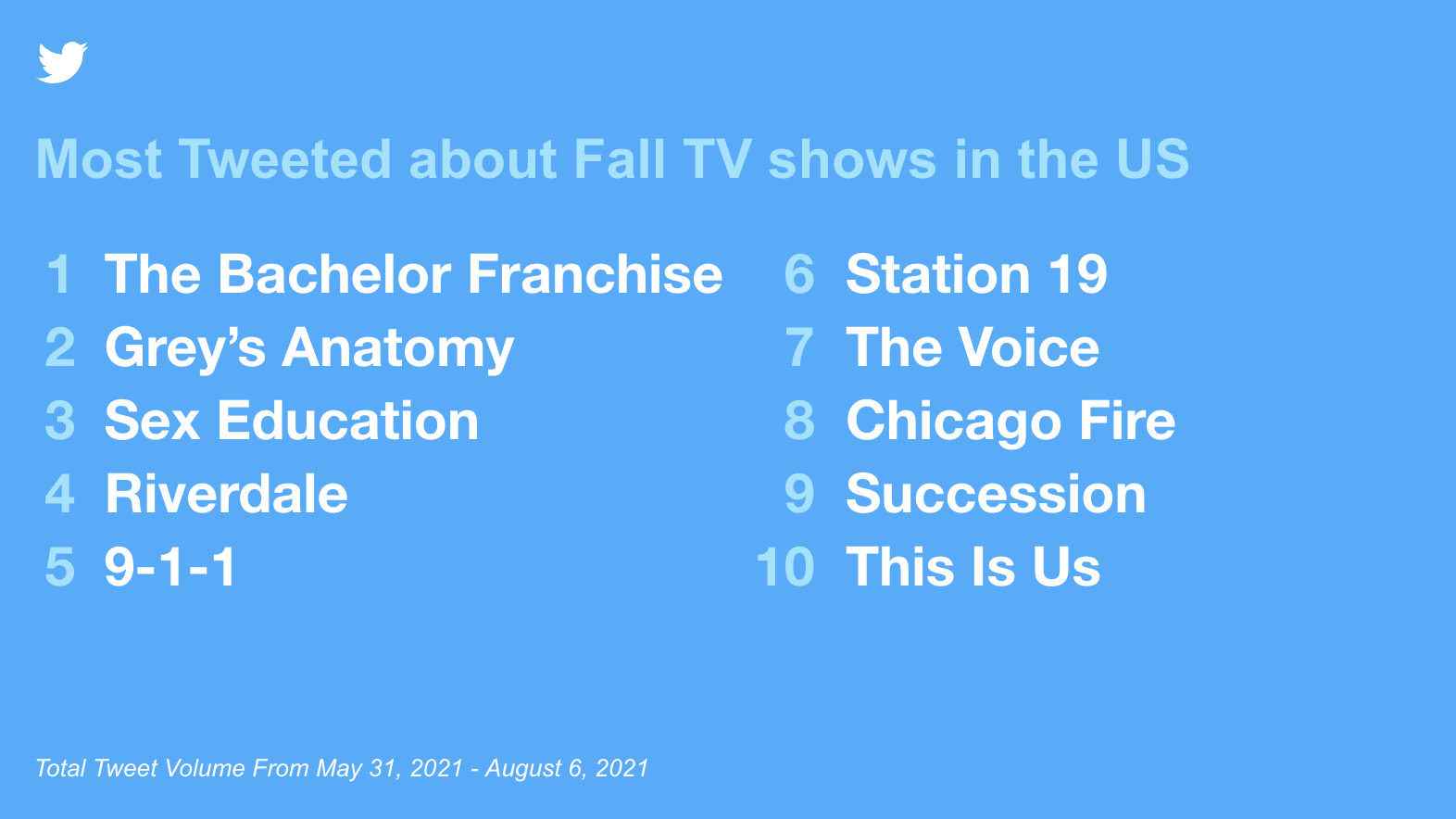