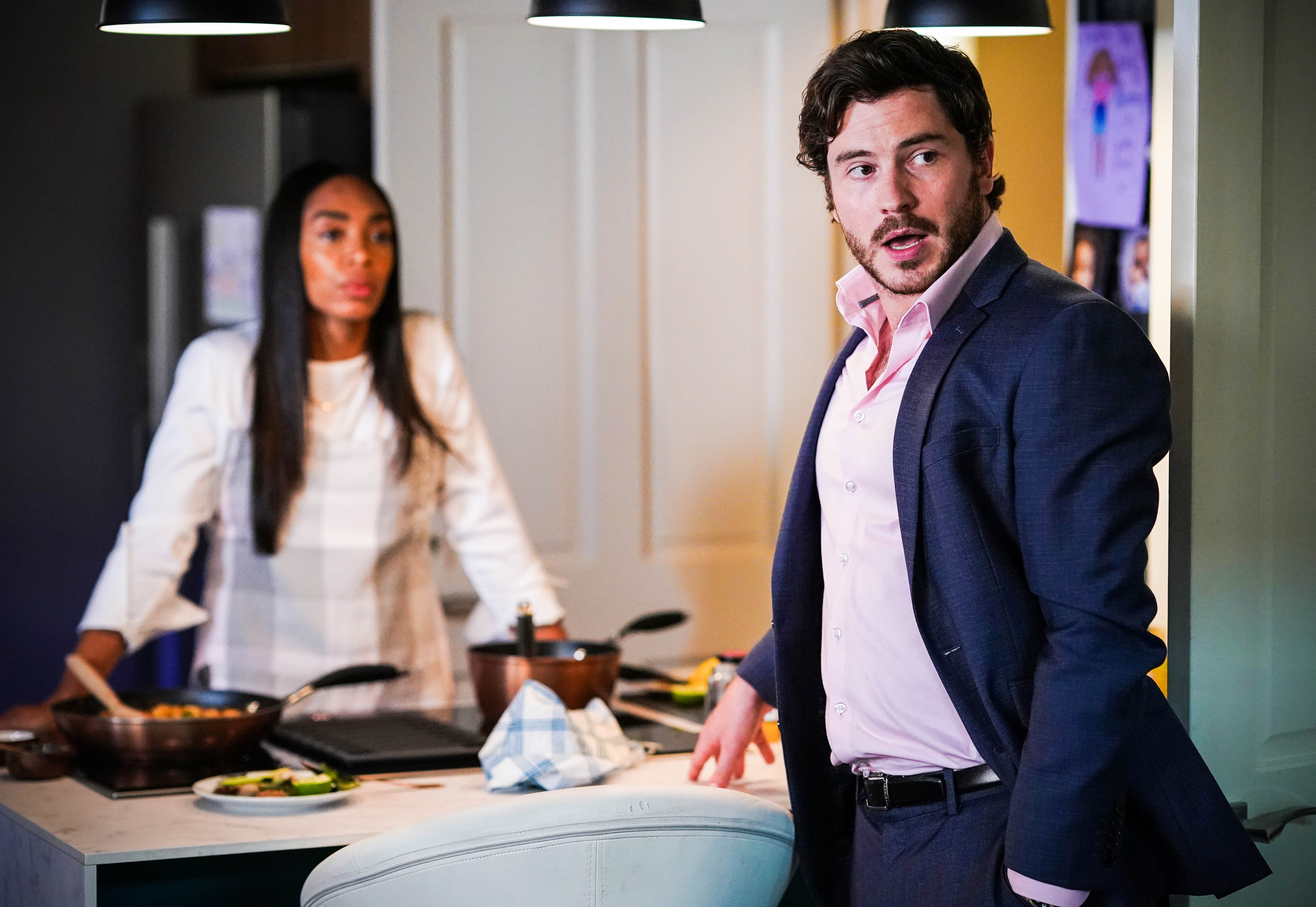 A few weeks ago, Whitney told Gray their friendship was over after an argument and now, she’s started growing suspicious of him.

The problem? She was told Gray doesn’t work at the firm anymore.

Whitney managed to do some pretty sly detective work and spotted Gray working in a burger café.

But with Chelsea and Gray engaged, Whitney is unsure on whether to actually tell Chelsea the truth, worried exposing his secret could put the relationship in jeopardy.

Coming up, things appear to have changed in Whitney’s mind as she warns Gray if he doesn’t tell Chelsea about his job soon, she will.

Now we know from past experiences, anyone that crosses Gray loses their life – is this a sign Whitney is in danger?

When Tina worked out Gray murdered and abused Chantelle, he silenced her forever, will history repeat itself?