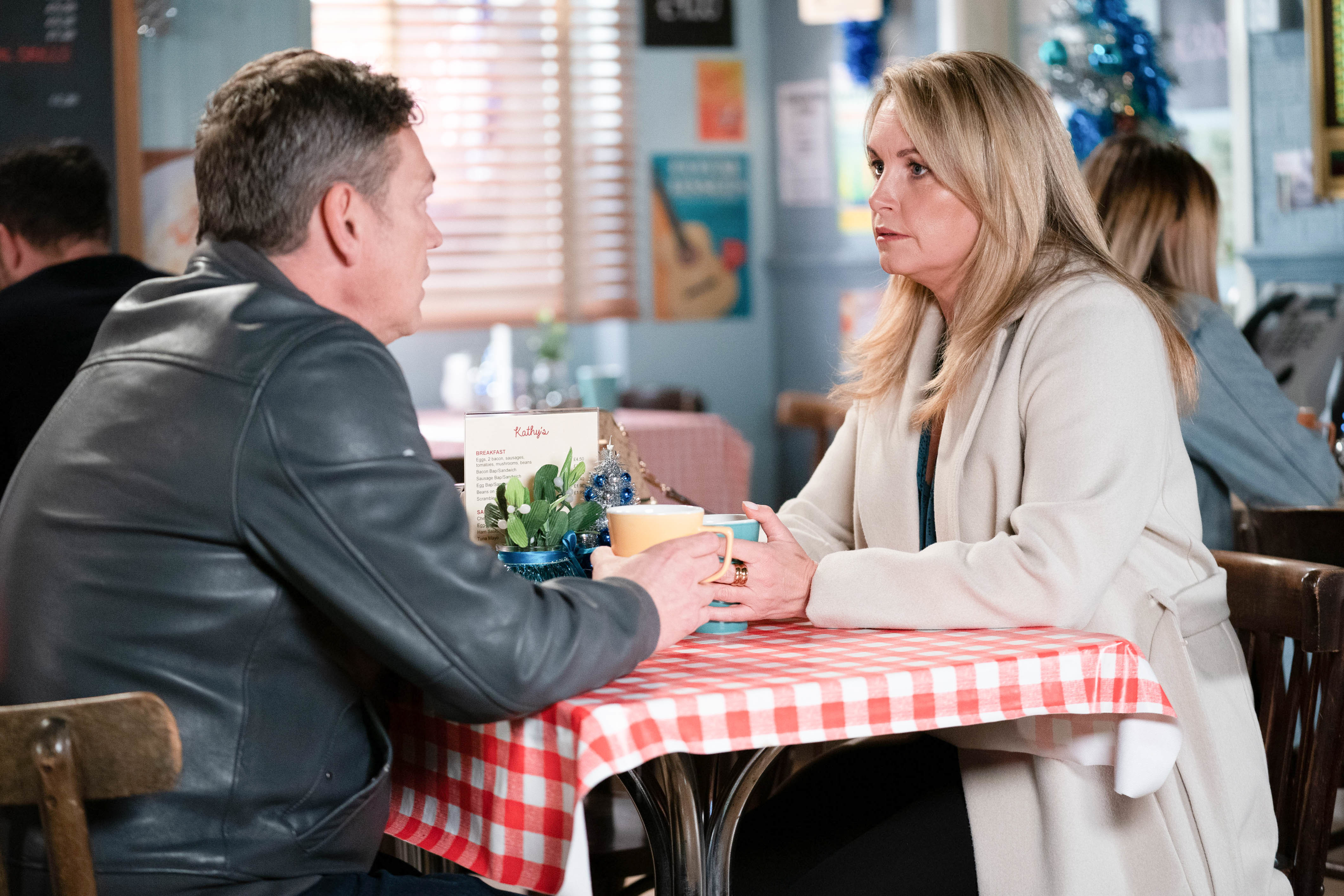 Sam Mitchell (Kim Medcalf) is set to be left in turmoil as she discovers that son Ricky Jnr (Frankie Day) is the father of Lily Slater’s (Lillia Turner) baby, amid her plans to move to Germany with boyfriend Ricky Butcher (Sid Owen) in EastEnders.

However, things will get even more complicated when Ricky gets down on one knee.

Since the discovery of Lily’s pregnancy, the Slaters have been determined to work out who the father is, with only Stacey (Lacey Turner), Jean (Gillian Wright) and Lily herself knowing the truth.

However, it isn’t long before Martin discovers the baby’s paternity, and is desperate to confront the Brannings.

With Sam embroiled in a massive Slaters versus Brannings confrontation, she is completely unaware that Ricky is out shopping for engagement rings.

They say timing is everything, but it appears that Ricky didn’t get that message when he chooses to propose just as Ricky Jnr is carted off to the police station. Oh, Ricky…

With so much going on in Sam’s life, is now a good time to start planning a wedding?

And what about that move to Germany?