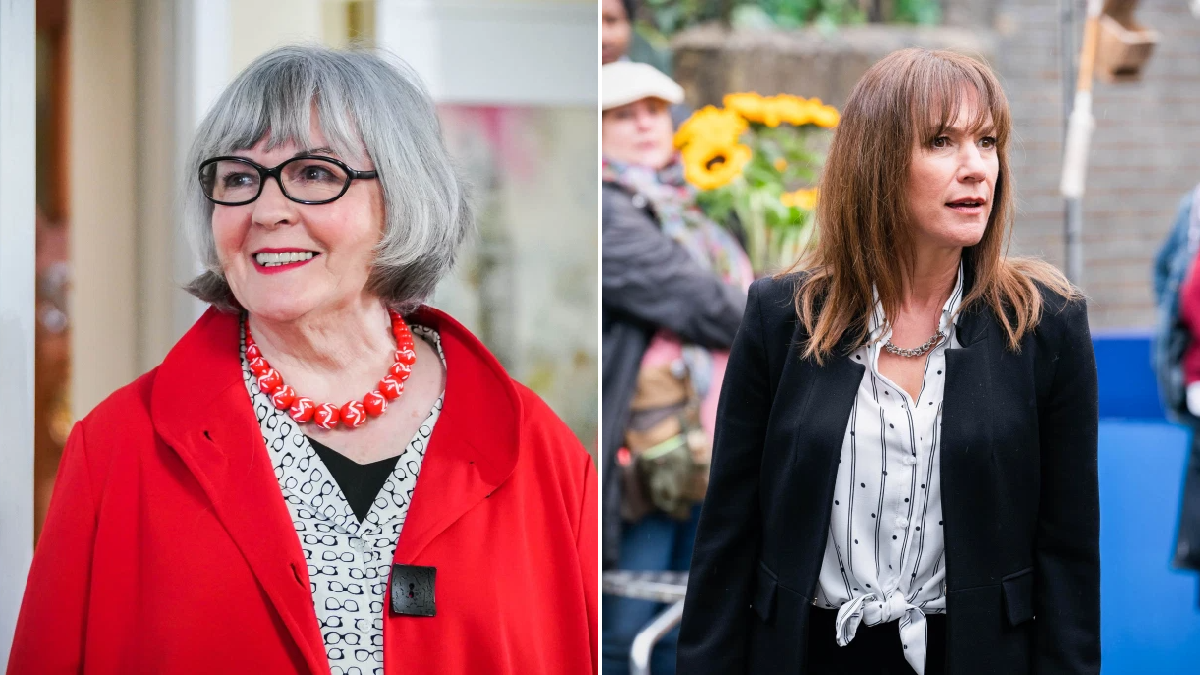 Violet Highway (Gwen Taylor) will surprisingly open up to Rainie (Tanya Franks) in upcoming episodes of EastEnders and will reveal a huge secret.

Since Vi’s arrival, it’s been made clear that she and Rainie don’t exactly see eye to eye and with her constant digs continuing, Rainie pleads with Stuart (Ricky Champ) to get her out.

Later at The Vic, Vi tells Stuart she knows Rainie isn’t her biggest fan and is surprised to learn of Rainie’s chequered past.

As Rainie arrives, Vi changes her tune, saying that she’s going to stick around and wants to get to know her better, leaving Rainie quietly seething.

Rainie is suspicious of Vi’s sudden nice act and Stuart admits she knows nothing about Bernie (Clair Norris) being their surrogate.

Vi manages to ruin both Stuart’s and Rainie’s important plans, leaving Rainie fuming but she’s caught off guard when, after telling her to go home, Vi lets her in on a secret.

But what will she tell Rainie?

Could Vi have lost her home?

Tags: ricky champ
You may also like
Celebrities News