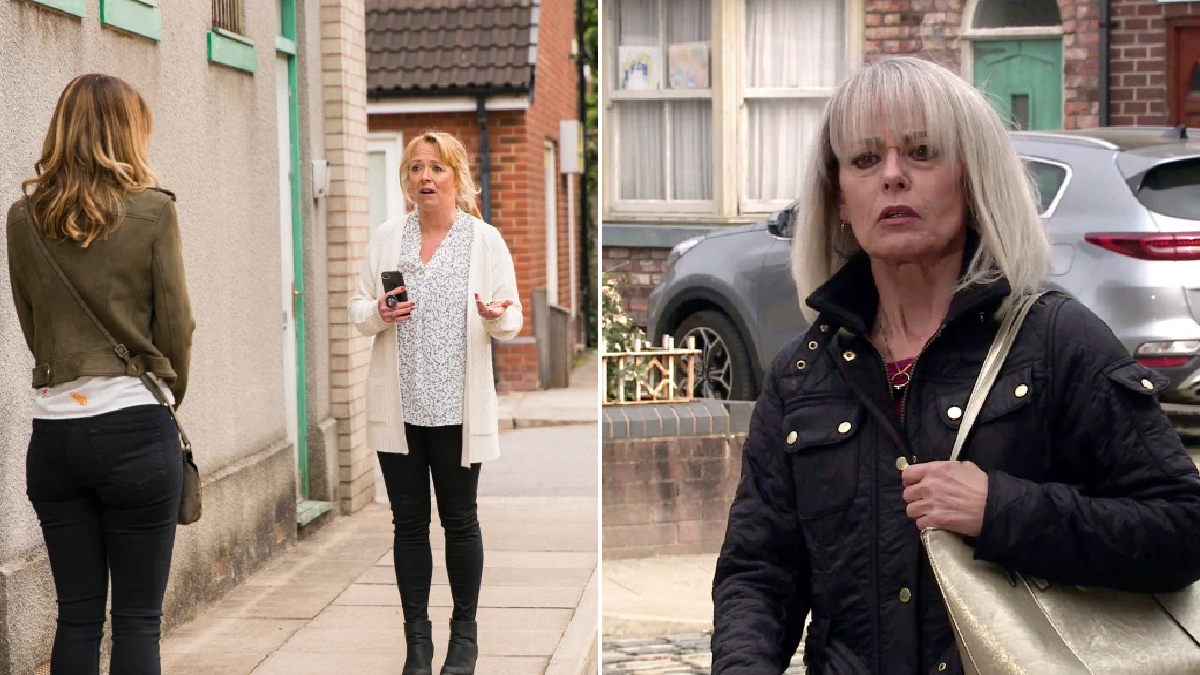 Jenny Connor (Sally Ann Matthews) has been growing suspicious of Sharon Bentley (Tracie Bennett) since the moment she returned to Coronation Street.

Jenny recently saw Sharon at the prison while she was visiting Johnny (Richard Hawley). Sharon managed to cover her tracks but that’s all set to change now as Jenny will discover the full truth about Sharon and her nephew Harvey (Will Mellor).

After speaking to Gary (Mikey North), Jenny is stunned to discover the connection between Sharon and Harvey.

Jenny is intrigued to learn it was Sharon who hired the van and as she voices her suspicions to Ronnie (Vinta Morgan), he reveals he heard Sharon quizzing Toyah (Georgia Taylor) about Leanne (Jane Danson).

When Imran (Charlie De Melo) reveals that Sam’s (Jude Riordan) kidnap was part of an attempt to draw Leanne out of hiding, Jenny is taken aback when Imran then reveals Leanne’s a key witness in the trial of a drugs barron called Harvey.

Imran confides in Ronnie and Gary that he’s reported Sharon to the police as it appears she’s involved with a drugs gang – but how will they all react?

How much danger is Jenny in now she knows the full truth?