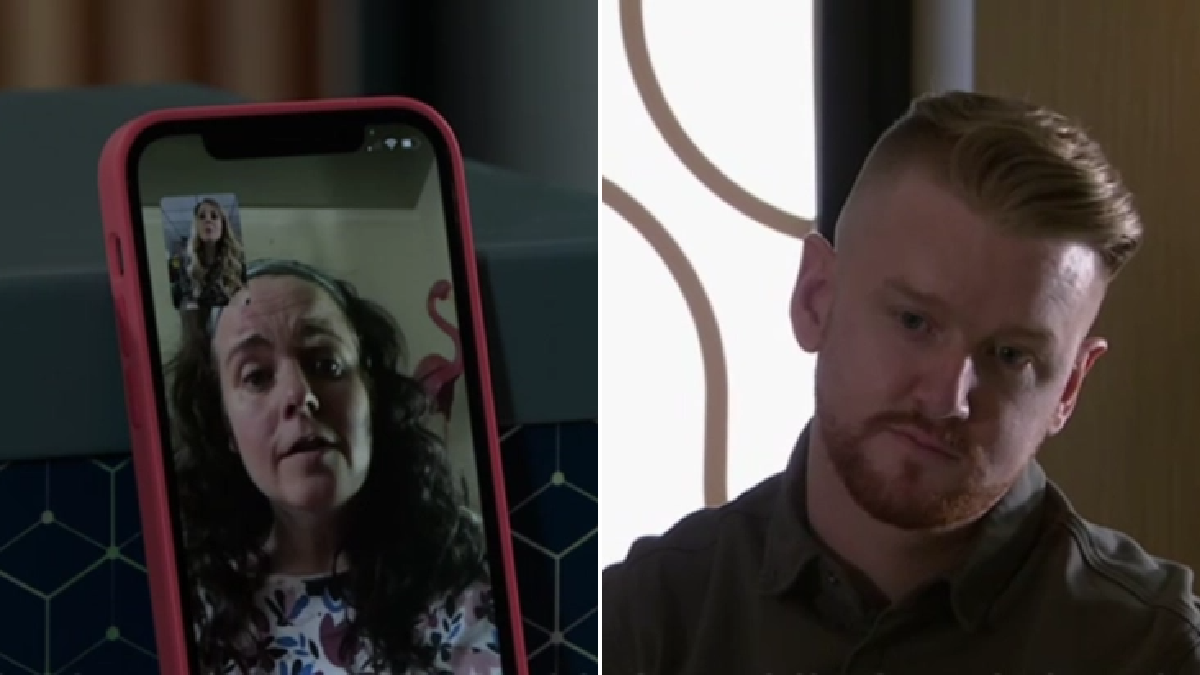 Coronation Street fans got an inkling tonight that all is not well with Izzy Armstrong (Cherlyee Houston) after she was seen secretly wincing in pain.

Scenes featuring Izzy are currently restricted to video calls due to actress Cherylee Houston shielding in order to comply with Coronavirus restrictions.

The Corrie star, who has been a regular cast member since 2010, has a rare connective tissue disorder called Ehlers-Danlos Syndrome.

But following a protracted period of absence away from screen, Izzy reappeared this week for a storyline that has seen Sarah (Tina O’Brien) suggest that she resume her sewing duties for the factory from home.

Amid all this, though, we got a glimpse of Izzy experiencing some kind of discomfort as Gary (Mikey North) went to fetch their son Jake, so he could speak to her over FaceTime.

It was a blink-and-you’d-miss-it moment, but one that’ll be sure to leave gimlet-eyed viewers worried about Izzy’s welfare.

In the past, Izzy has been seen using marijuana to help relieve the pain brought on by her EDS, so perhaps she’s encountered problems with supply during lockdown?

There was also what may eventually prove to be a significant scene earlier in the week when Izzy revealed that Jake had been drawing a comic book featuring a ginger-haired hero and a baddie who used a wheelchair.

Has isolation during the pandemic resulted in Jake coming to view his mum as the enemy? And may he have ended up lashing out in anger?