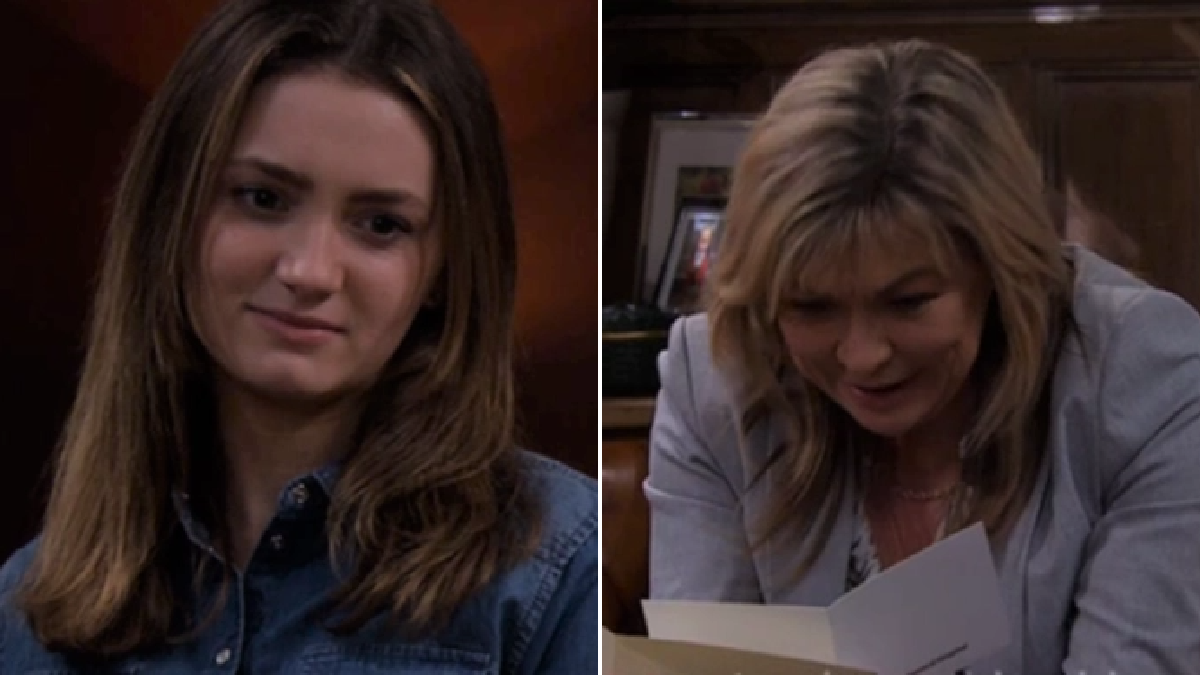 After Kim eventually agreed to babysit an unwell Millie, things took a turn when Kim collapsed and left Millie on her own.

When Kim came round, Millie was in the middle of an allergic reaction and after a trip to hospital, Andrea (Anna Nightingale) told Kim she would never see Millie again if anything was to happen to her.

With Kim’s illness getting worse, she pleaded with Jamie (Alexander Lincoln), trying to make him see how sorry she was, but it wasn’t enough. Jamie was horrified at his mother’s actions and said he didn’t blame Andrea for getting so angry.

The arrival of Andrea made things even worse for Kim. She had already commented on Kim having a drink while looking after Millie and blamed her behaviour on her alcohol consumption.

Kim did her best to stick up for herself, but even with help from Gabby (Rosie Bentham), Andrea wasn’t prepared to forgive her, and banned Kim from seeing Millie.

Later, a heartbroken Kim woke up from her nap to see Gabby in front of her.

Kim commented on Gabby’s loyalty, saying she’s now proved that Kim can rely on her. As Gabby left, she surprised Kim with a baby scan picture from her trip to the hospital with Jamie yesterday.

Kim was over the moon to see the image of her second grandchild, but Gabby was left unsettled when Kim referred to the scan as ‘my baby.’

‘Not literally, obviously!’ Kim responded after she made the comment.

Kim’s behaviour is changing rapidly due to someone poisoning her drink – could this confusing comment be down to her ill-health?

Or has Gabby just discovered Kim’s plan to steal her baby?

How much danger is Gabby in?