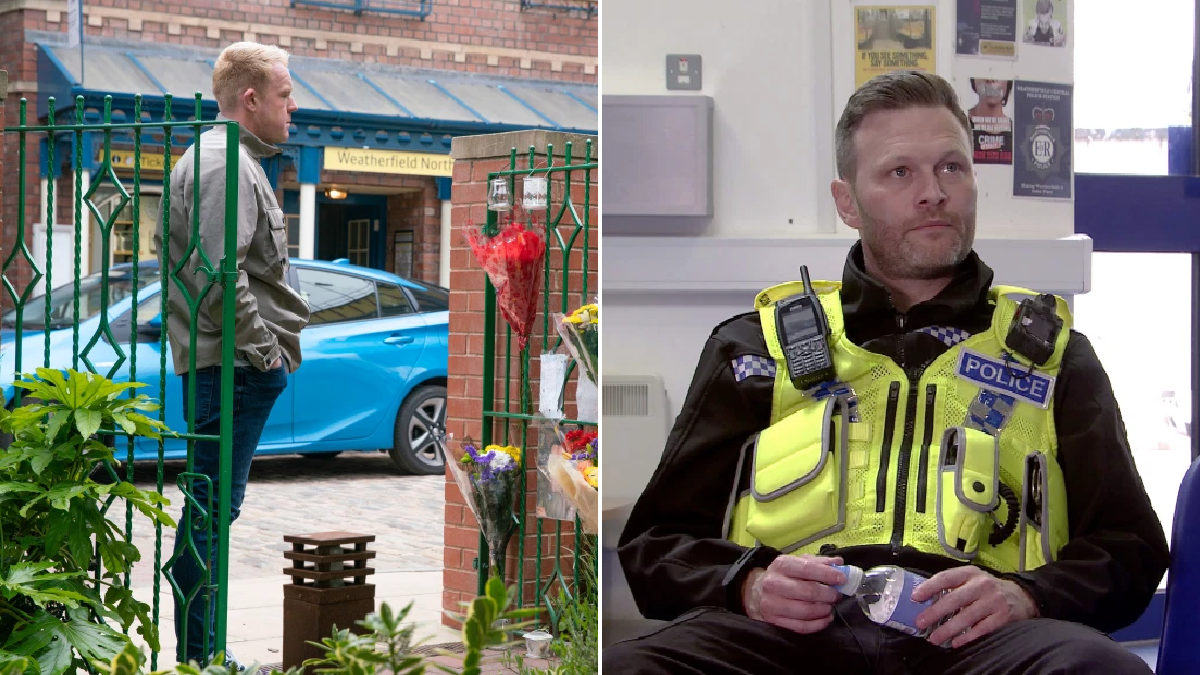 Craig Tinker (Colson Smith) will be left horrified in upcoming Coronation Street episodes when his colleague makes a racist comment.

After PC Brody racially attacked James (Nathan Graham) and Michael (Ryan Russell), the brothers have made a complaint.

Craig has found himself tangled up in the ordeal after witnessing James’ arrest and being asked by PC Brody to keep quiet.

Coming up, Sergeant Mitchell calls at No.3 and explains they’ve considered the complaint but won’t be taking the matter any further.

As a frustrated James works out in Victorian Garden, he spots Craig and asks him if he reported the fact that he wasn’t driving erratically and there was no need to pull him over.

In the station, Craig questions PC Brody about his handling of James’ arrest but when PC Brody suggests black people are just over sensitive, Craig is horrified.

Realising Robert’s relief, James tells Michael he refuses to give up and is going to appeal.

As James and Michael grow determined to win their fight, how will Craig feel if he feels forced to side with PC Brody?

Will PC Brody’s racist comment lead Craig to telling the truth about what happened?