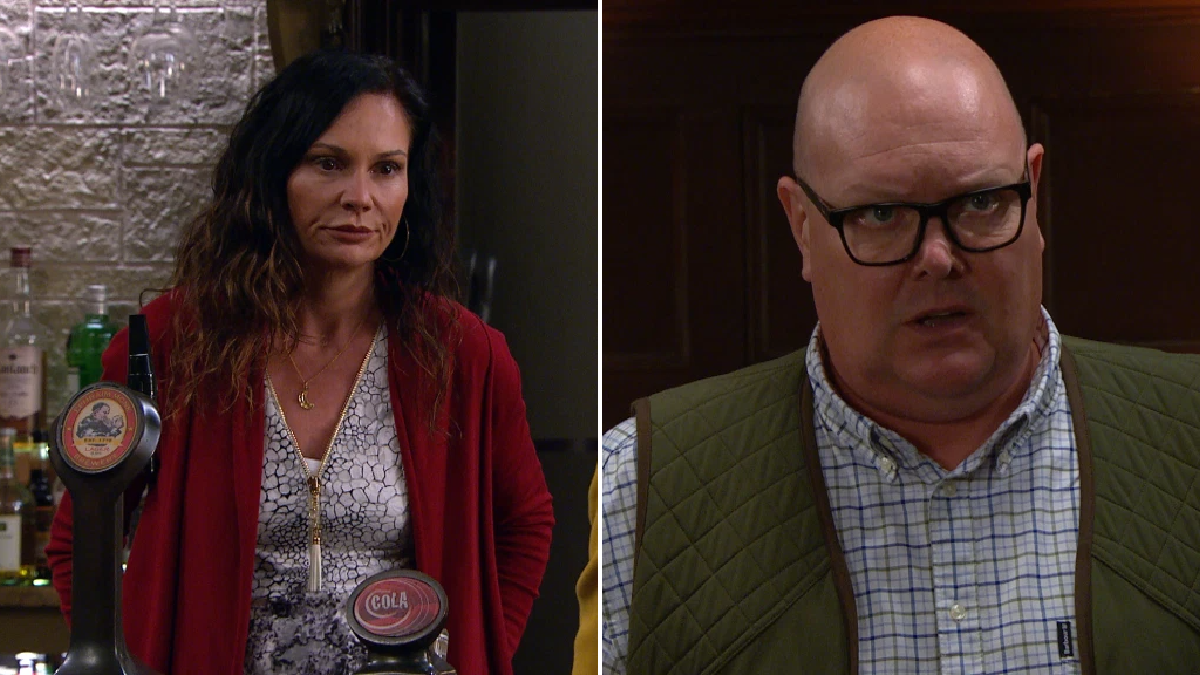 Chas Dingle (Lucy Pargeter) and Paddy Kirk (Dominic Brunt) faced a horrific ordeal back in 2018 when their daughter Grace died just twenty-nine minutes after her birth.

After Chas discovered she would be having a baby girl, she was told her baby had Bilateral Renal Agenesis – a condition where the kidneys do not develop, subsequently causing effects on lung development.

In September, Chas went into labour and she gave birth to Grace with Paddy by her side.

After twenty-nine minutes, Chas and Paddy were forced to say their goodbyes as Grace passed away in Chas’ arms.

Since saying their goodbyes, Chas and Paddy’s lives have been impacted a great deal because of Grace.

In 2019, Chas gave birth to another baby girl and named her Eve.

Coming up, it’s a difficult time for Chas as she fights her overwhelming sadness and reveals to Faith (Sally Dexter) and Liv (Isobel Steele) that tomorrow is the anniversary of Grace’s death.

Given the fact Chas is facing financial struggles with the pub, and Paddy is secretly doping Kim’s (Claire King) horses, finding time to remember Grace could be exactly what this couple needs to reconnect.