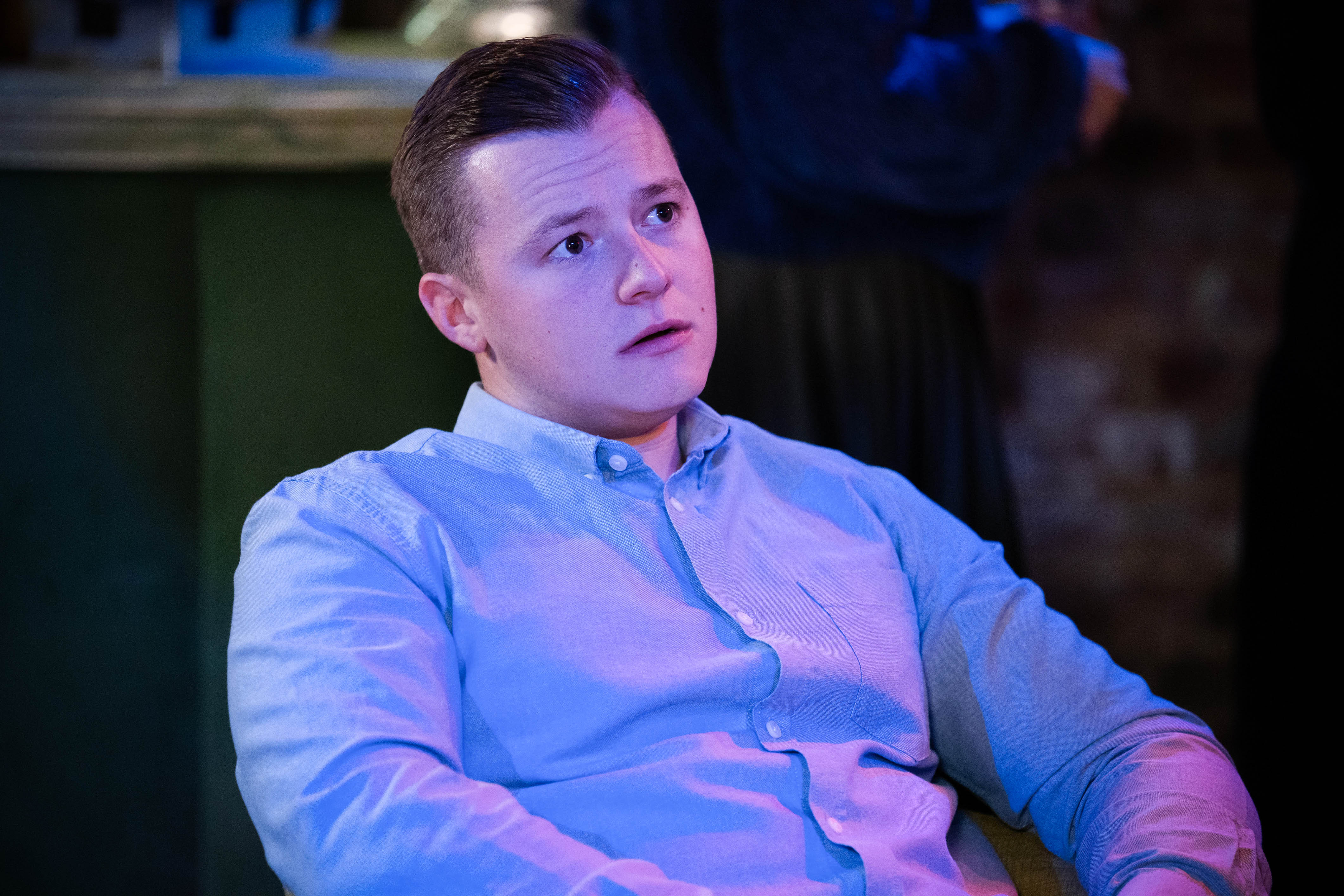 Aaron Monroe (Charlie Wernham) looks set to contemplate going on the run following the Far Right attack in EastEnders, but will he kidnap and take Dana (Barbara Smith) with him?

Over New Year, Aaron and his gang escalated their plan to try and prevent the new mosque from opening.

Planting a bomb near the Argee Bhajee, it looked as though it would soon go off, but when Aaron discovered Dana’s plans meant she’d be near the bomb, he confessed all to Harvey (Ross Boatman), which led to the police arriving and safely detonating the device.

Coming up, Aaron comes face to face with Neil who shows him a disturbing video.

Neil throws Aaron against the wall and accuses him of being a grass.

Aware his family aren’t safe; Aaron tells Harvey that he’ll go to the group and tell them Neil has lost his mind.

He tells his dad he’s managed to convince the others, but it comes with a catch – Aaron now has to take Neil’s place and run the operation in Manchester.

Aaron accuses Bobby of manipulating her and suggests Dana leaves Walford to go to Manchester with him.

But will Dana say yes?

Could Aaron trick Dana into thinking her life will be better away from Walford, leaving her unaware of what’s really going on?