Omari Hardwick stars as a man fighting for his life while facing off against a Hoodoo practitioner. HL spoke EXCLUSIVELY with Omari about his approach to this ‘grueling’ role and working with Loretta Devine.

Omari Hardwick’s latest role is in the new film Spell. He plays Marquis T. Woods, a successful businessman who crash lands in rural Appalachia and awakens in the attic of a traditional Hoodoo practitioner, played by Loretta Devine. The role was a complicated one for Omari, and he revealed to HollywoodLife EXCLUSIVELY how he got into the mindset of a man who doesn’t know whether or not his family is alive or dead.

“A lot of Method, a lot of staying in the set and not leaving,” Omari told HollywoodLife during the movie’s press junket. “Method was the only way I could do it. I’m lonely through the majority of the movie by myself. So food was brought to set, drinks were brought to set. My headphones were given to me in between takes immediately if I needed them. You had actual directors of photography of legendary status… We had a DP [director of photography] Jacques [Jouffret], who’s phenomenal [and] was a camera operator on Man on Fire, who worked with Tony Scott and Denzel [Washington] and César Charlone. These are brilliant people and they would be asking me, what do you need? You need anything? What do you need? You’re drenched. You need a towel? No, I need to remain drenched. Please don’t touch me. Please don’t give me a towel. And then some days, I was laughing all day. They would adjust to that and go, okay, I guess he’s okay today. So wherever I needed to be the environment and the crew around me adjusted to it. And just shout outs to them and our South African crew for being just second to none. But I definitely had to stay at a place I haven’t had to do prior.” 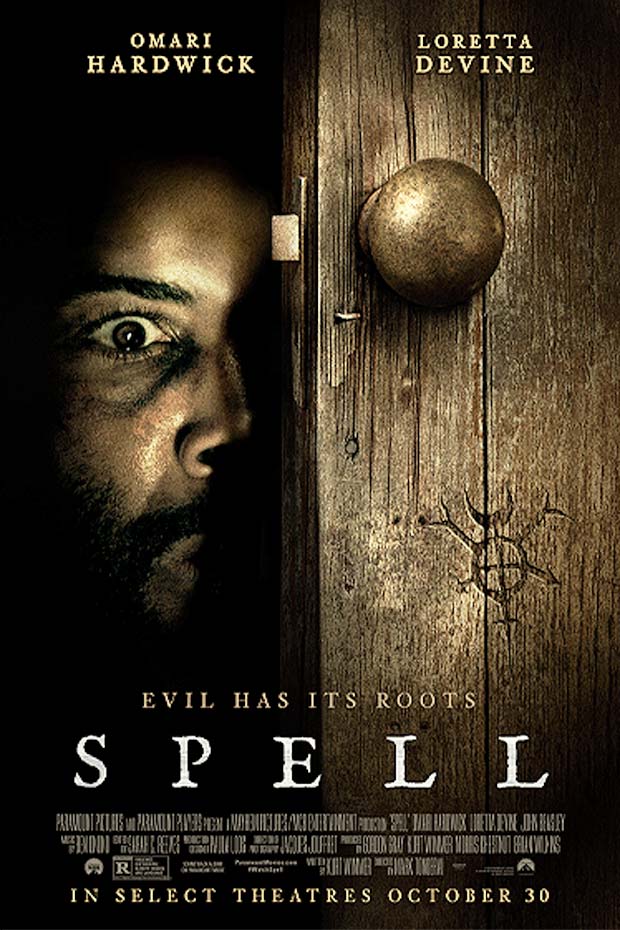 Omari’s character has to go toe-to-toe with Loretta’s character Eloise, who uses her dark magic on Marquis and his family. Omari opened up about collaborating with Loretta on such an intense project. He admitted that he was “in awe” of what Loretta brought to the role. 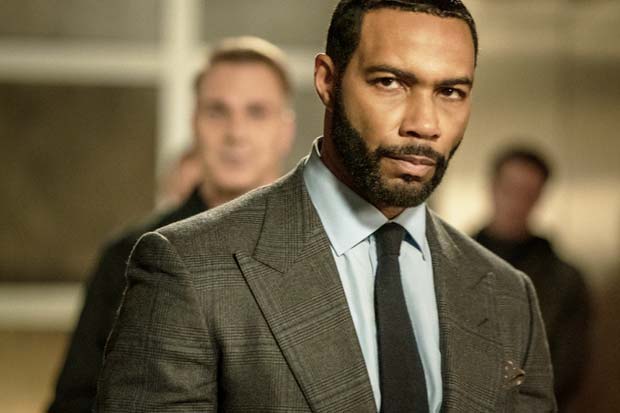 Spell is one of Omari’s first gigs after playing Ghost on Power for 6 seasons. He revealed why he was drawn to this role after playing Ghost for so long. The actor loved that Spell was a mix of horror and psychological thriller. Spell is Omari’s third movie after Power, and he explained why the order of those films was so crucial for him.

“I think it went in the right order. And I’ll say what I mean by that. While working on Power, I went into a movie that was more about a black kid getting shot by white cops, wrongly getting shot, and the aftermath of that, which obviously we see in everyday life. We saw it during quarantine. We saw the world go marching at an all-time level with all colors [and] included all genders, races, creeds, for the world to be better, not just our country, but for the world to be better. So I did a movie that reflected that first. That was cool and then I went back to Power. And then I went to Army of the Dead where I had to gain 15 pounds. So went from 180 to 195. It wasn’t as heavy, pun intended, it wasn’t as heavy for me to tote the character as it was for the third movie, that being Spell for me, to tote. So the character Marquis T. Woods in this movie, which I definitely had signed up to do way back when I was still basically at the end of Power. But we didn’t do it until after the other two movies. So for me, it went in the right order because I had to be warmed into the grueling nature of what I’d have to take on doing this project. I don’t think I could have come out of Ghost and gone right into this guy. I needed some time away.” Spell will be available on premium video On Demand and digital on Oct. 30.

Tags: ‘Spell’s, Har, Omari
You may also like
Celebrities News

The Kardashian-Jenner Family Decided to Randomly FaceTime Their Famous Friends – Watch What Happened!