The 83-year-old made history by becoming the oldest man ever to win the honour for his turn in The Father.

Read the latest Oscars news in The Sun's live blog 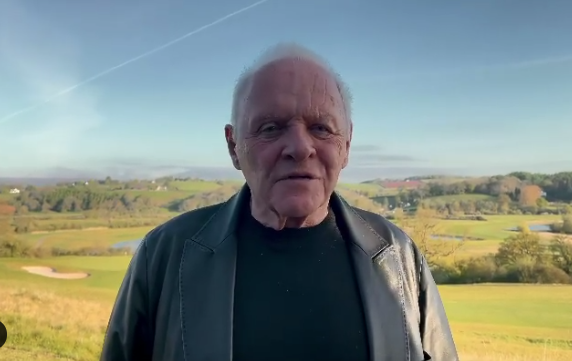 He beat the late Chadwick Boseman to the prize, with the Ma Rainey's Black Bottom actor having been heavily tipped to win.

Taking to Instagram this morning from the sun-drenched Welsh countryside, Anthony paid tribute to the star, who died last August after a secret cancer battle.

The two-time Oscar winner said: "Good morning, here I am in my homeland of Wales and at 83-years-of-age I did not expect to get this award. I really didn't.

"I am grateful to the Academy and thank you. I want to pay tribute to Chadwick Boseman who was taken from us far too early, and again, thank you all very much. I really did not expect this, so I feel very privileged and honoured. Thank you."

In The Father Anthony plays a dementia-stricken elderly man who refuses help from his family and becomes increasingly uncertain what is real and what isn't.

While Ma Rainey's Big Black Bottom tells the story of the influential Chicago blues singer Ma Rainey in the 1920s.

In his final role Chadwick portrayed cocky trumpet player Levee Green, who broke away from Ma's group to pursue a solo career.

Anthony also beat fellow Brit Riz Ahmed to the prize for his role in the critically-acclaimed The Sound of Metal.

In the indie flick Riz plays a drummer struggling coming to terms with the loss of his hearing.

It was 29 years ago that Anthony won his first best actor Oscar for Silence of the Lambs.

He has been nominated for an Academy Award a further four times for his roles as Benedict in The Two Popes; as president Richard Nixon in Nixon; John Quincy Adams in Stephen Spielberg's slavery drama Amistad, and as butler James Stevens in The Remains of the Day.