A single dad left This Morning viewers in tears as he won a cash prize on today’s show, revealing his plan to treat his son with autism to a special day at Legoland.

On Friday’s edition of the ITV programme, which won best daytime show at last night’s National Television Awards, Josie Gibson surprised Andy Walker at his home in Dorset for a game of Dosh on your Doorstep.

Today’s game was just as memorable, as Andy became overcome with emotion after managing to win the £1,000 on offer.

After Josie arrived at his house – dressed as a traffic cone, as one does – Andy explained that he’s a single dad and a full-time carer to his nine-year-old son, who has autism.

Andy explained why he wanted to take his son back to Legoland, as he absolutely loved it when he went in the past. 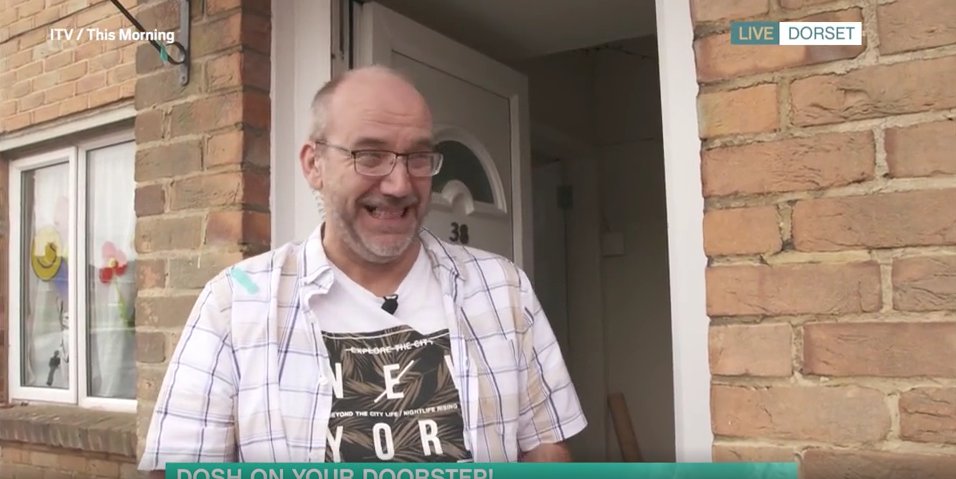 ‘I’ve just got to get him back there,’ he said, before triumphing in the competition.

After correctly answering a couple of questions and successfully completing the challenges set for him by Josie, including juggling for five seconds and fetching something in his house beginning with the letter ‘E’, Andy was awarded the £1,000.

To make his win even greater, Josie revealed that when he goes to Legoland with his son, they’ll be treated to the VIP experience, which means they won’t have to wait in queues.

As Andy’s eyes welled up with tears, he said: ‘I’m still in shock, but thank you. He will absolutely love it.’

‘Oh Andy, if I could cuddle you I would!’ Josie said, before adding that the prize ‘could not have gone to a lovelier guy’.

This Morning viewers were elated that the cash prize went to someone so deserving.

‘Aww Andy, bless him. #This morning,’ someone else wrote, while another person commented: ‘Love Andy. Well deserved. Have a great day at Legoland.’

‘Andy making me cry on this morning,’ another viewer said. You and us both!

This Morning airs weekdays at 10am on ITV.

Tags: ITV, This Morning
You may also like
Celebrities News