SHE is one of Hollywood’s biggest stars, with a long list of kick-ass characters under her belt.

But Avengers favourite Scarlett Johansson has revealed that one of her biggest battles when making her name as a young star in ­Hollywood was trying to avoid being “hypersexualised” by male directors who cast her. 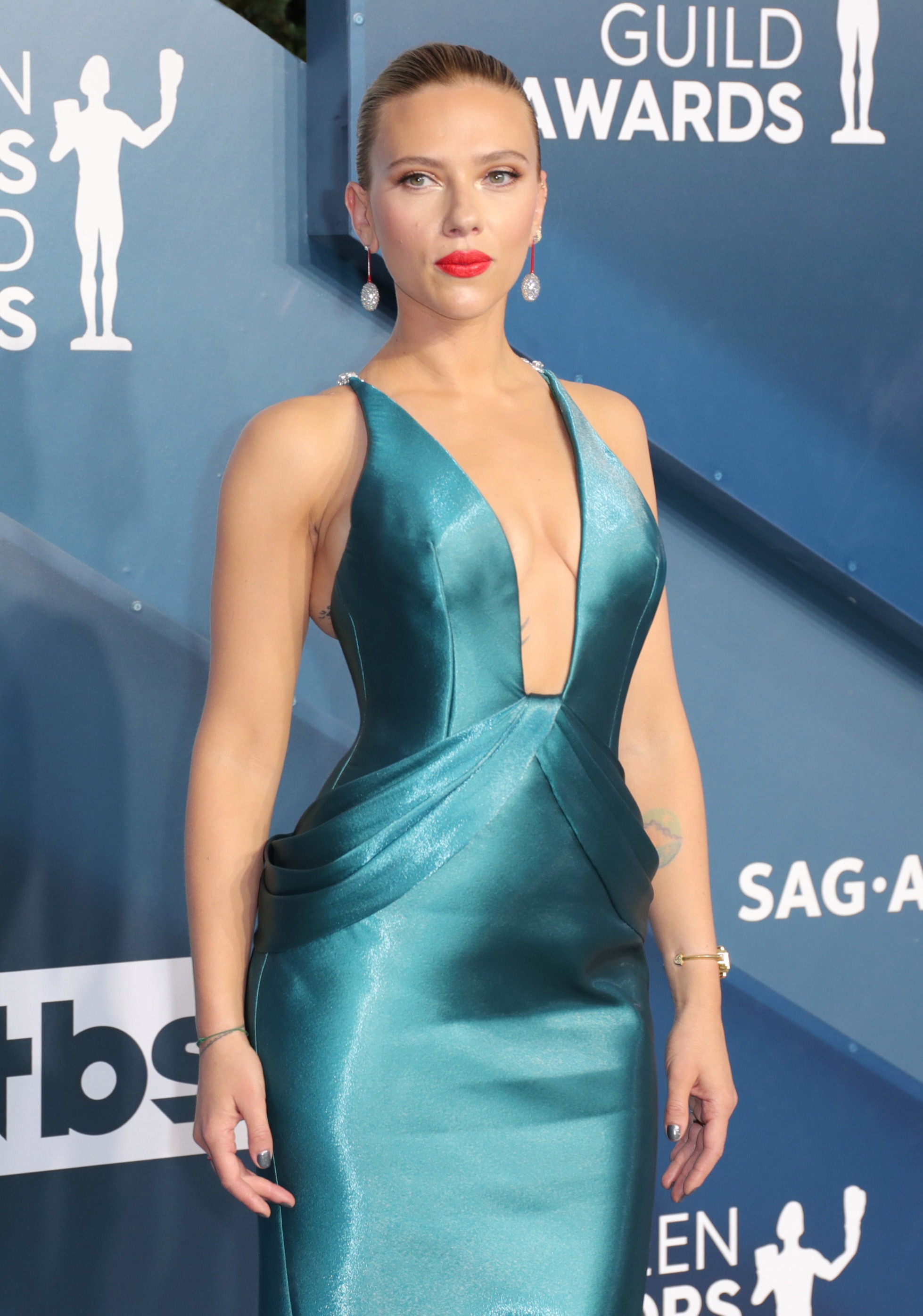 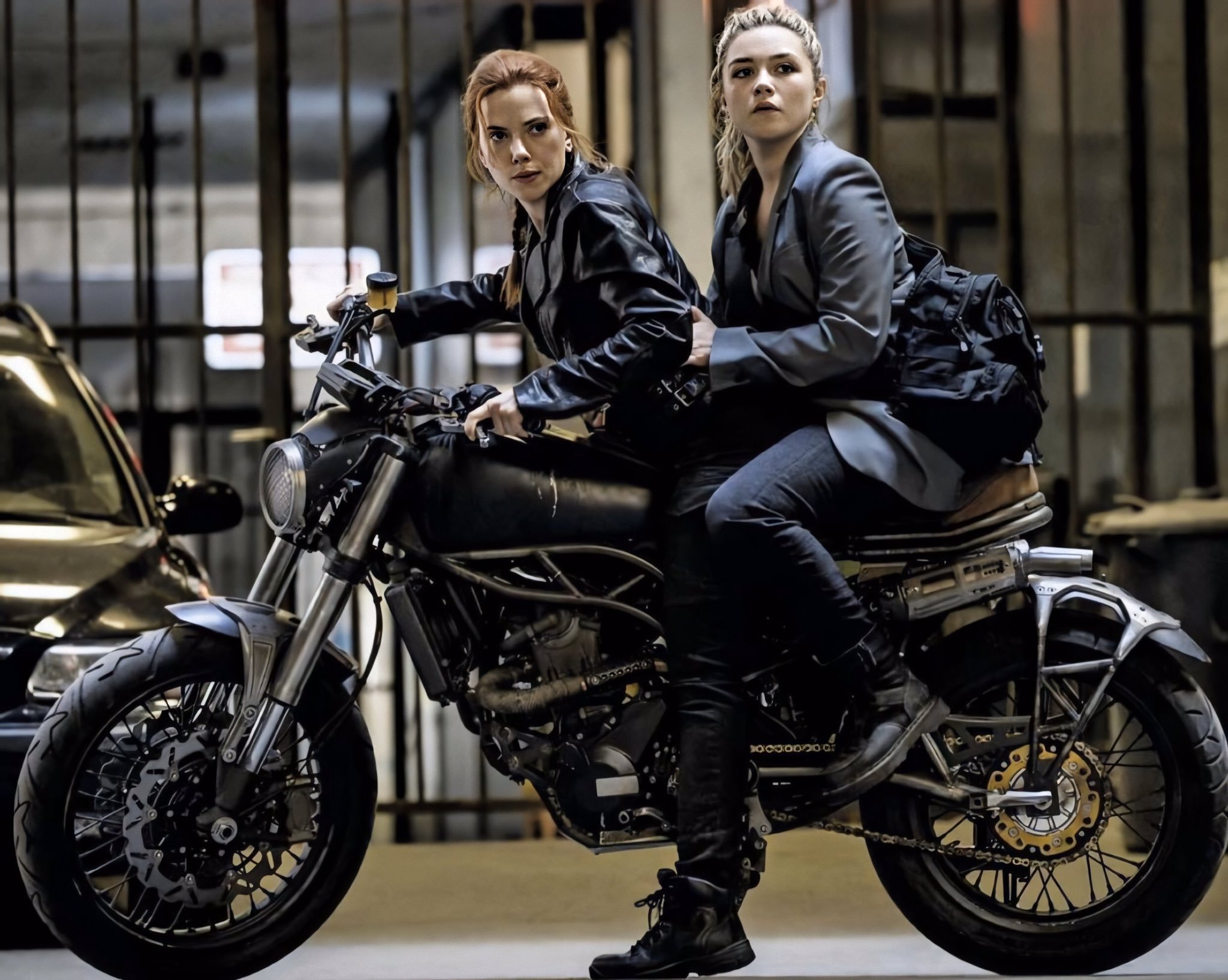 The 36-year-old Black Widow actress said: “When I was working in my early twenties, and even my late teens, I felt that I got somehow typecast as hypersexualised, which I guess at the time seemed OK to everyone.

“It was another time. Even though it wasn’t part of my own narrative, it was kind of crafted for me by probably a bunch of dudes in the industry.”

She added: “The climate is so different now. There are so many wonderful opportunities for women of every age to play different people.”

The two-time Oscar nominee, whose roles also include a gang-fighting warrior and an assassin, told how she has played so many superhero roles in films that her six-year-old daughter now thinks she is one.

Born and raised in New York, Scarlett made her film debut in 1994 fantasy comedy movie North before starring in The Horse Whisperer with Robert Redford four years later.

But her breakthrough role came in 2003 in Sofia Coppola’s Oscar-nominated Lost In Translation alongside Bill Murray.

The then 19-year-old played Charlotte, a married college graduate who strikes up a friendship with fading movie star Bob while on a trip to Tokyo.

The following year she bared all in A Love Song For Bobby Long, alongside John Travolta.

And Scarlett has insisted starting out in Tinseltown was not easy.

Even more poignant  given the pandemic

She said: “Since a very young age, I’ve been rejected constantly. When people starting out ask me for advice, I always say to stay open-minded.

“I never imagined having another career, but there were definitely times when I felt like I should try something else.”

But her hard work has paid off as Scarlett recently made history by becoming the first Marvel actor to both star in and executive produce their own stand-alone film.

When I was working in my early twenties, and late teens, I felt I somehow got typecast as hypersexualised, which at the time seemed OK to everyone

She describes producing the movie as her “greatest accomplishment” yet.

Scarlett added: “It’s a film about women lifting one another up so that they may thrive. And women have always lifted other women up and out of traumatic circumstances so that they can thrive.

“When I read it, I thought, ‘I just have to make this movie. It’s exciting in all the ways that you want a Marvel film to be’.”

And it is even more poignant given the pandemic.

She said: “It’s about the family you choose. And having all been separated for such a long period of time, and really re-evaluating the things in our life that are important, I think it’s a film that’s reflective of all of that.”

“I don’t know if she thinks it’s real or not, I’m not sure. She gets excited when she sees me on the Cheerios box.” Reports in the US claim Scarlett is now pregnant, but the star has so far refused to comment.

It would be her first child with comedian Colin Jost, who she married last year during the pandemic. 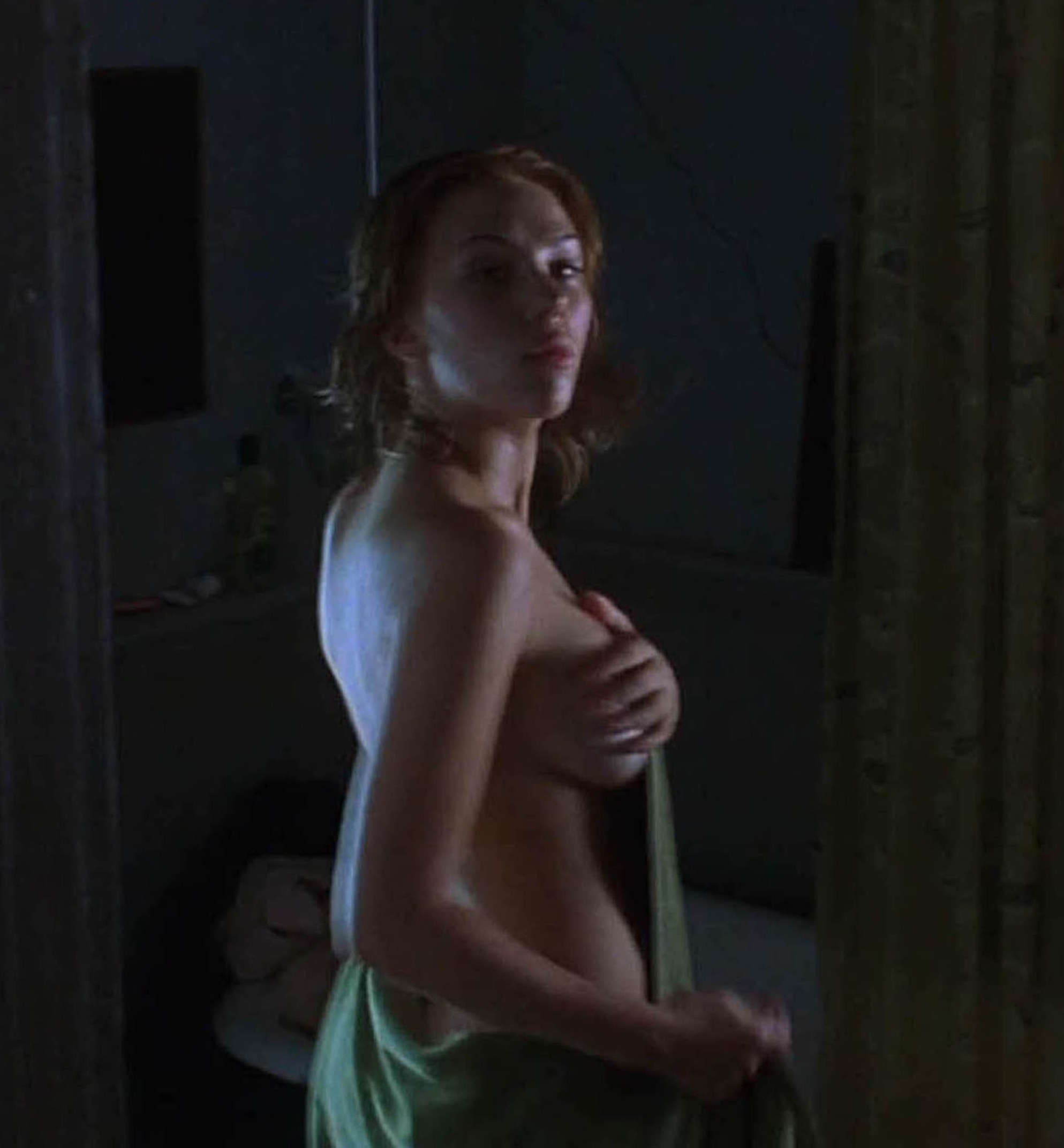 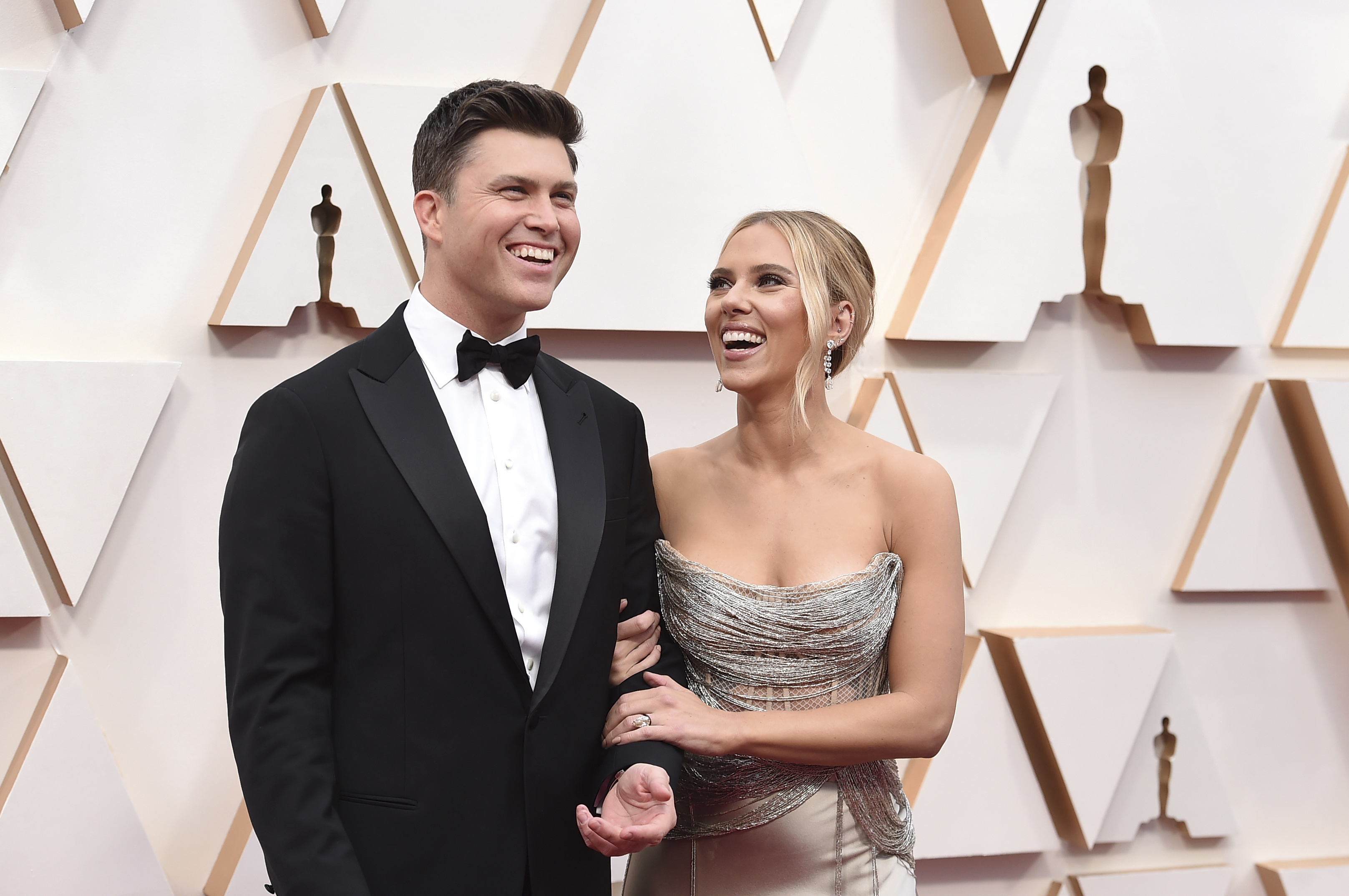 The pair met in 2010 on US chat show Saturday Night Live, where Colin, 39, worked as a writer and Scarlett was hosting for the first time.

But they did not begin dating until seven years later.

Colin popped the question two years after that, with an 11-carat, light-brown diamond ring, and the couple got married in October at their New York home. The wedding guests had to get Covid tests “like 100,000 times” and were given special face masks with Jost 2020 written on them.

Scarlett said: “Even though it was small and intimate, it was beautiful.

“And we were so happy to see people that we hadn’t seen in such a long time, and we just felt very fortunate to be able to get together like that. It felt like it was sort of how it was supposed to be — minus the face masks!”

This is, hopefully, third time lucky for Scarlett, who has already been through two very public divorces.

She was 23 when she married Deadpool’s Ryan Reynolds in 2008.

It ended after three years and she later said: “I didn’t really have an understanding of marriage. Maybe I kind of romanticised it in a way.”

The couple split their time between her home in New York and his in Paris and had Rose in 2014. They married the same year in a lavish ceremony in Montana, but the long-distance relationship took its toll and they split in 2017.

It was closely followed by Oscar-nominated movie Marriage Story, in which Scarlett played an actress struggling through a divorce.

She said of the film at the time: “It felt fated in a way. It came somehow at just the right time.”

‘Colin got me a taxidermy bullfrog’

On co-parenting Rose, she has said: “I’d never experienced anything like it before, so there was no rule book.

“If you have respect for the other person, then that’s important.”

But on finally finding Mr Right, she said of Colin: “What you see is what you get with him. He is very optimistic, easy-going, funny, nice, and those are the qualities that really drew me to him.

“It’s so funny to have a long-term shared experience with someone and then the relationship changes.”

And even Colin’s oddball taste in gifts in the early days did not put the actress off.

She said of the first thing he got her: “I guess he went on some trip — when he does stand-up he goes all over the place — and then he’ll go to these weird little antique malls and stuff and find haunting presents for people. He got me a taxidermy bullfrog playing the banjo.

“It was just so creepy. And then I tried to get rid of it, but I felt bad throwing it away because it was the first present he got me.”

After years of working herself too hard — she once starred in five films and two TV dramas in one year — Scarlett has been more conscious about the acting roles she takes on.

“I don’t take the time to take it in because I’m constantly moving on to what’s next. As I’ve grown older, I’ve tried to become much better at stopping and appreciating.”

But she has not stopped completely.

Scarlett announced last month she is launching her own beauty brand next year and Rose keeps her on her toes.

She said: “She shadows me all the time, which is wonderful. And I know that in a few years she’s not going to want to have anything to do with me, and I should soak it all up.

“But there’s definitely times where she’s on the other side of the bathroom door and I’m like, ‘Rose you gotta give me a minute! Everybody needs their time’. ”

Even superhero actresses must deal with the same meal-time squabbles as “ordinary” parents, but Scarlett takes a more relaxed approach.

She said: “I’ve never tried to force my kid to eat anything she didn’t like. I’m just like, ‘If you don’t like carrots, you don’t have to eat them’.”

That’s one less battle for her. 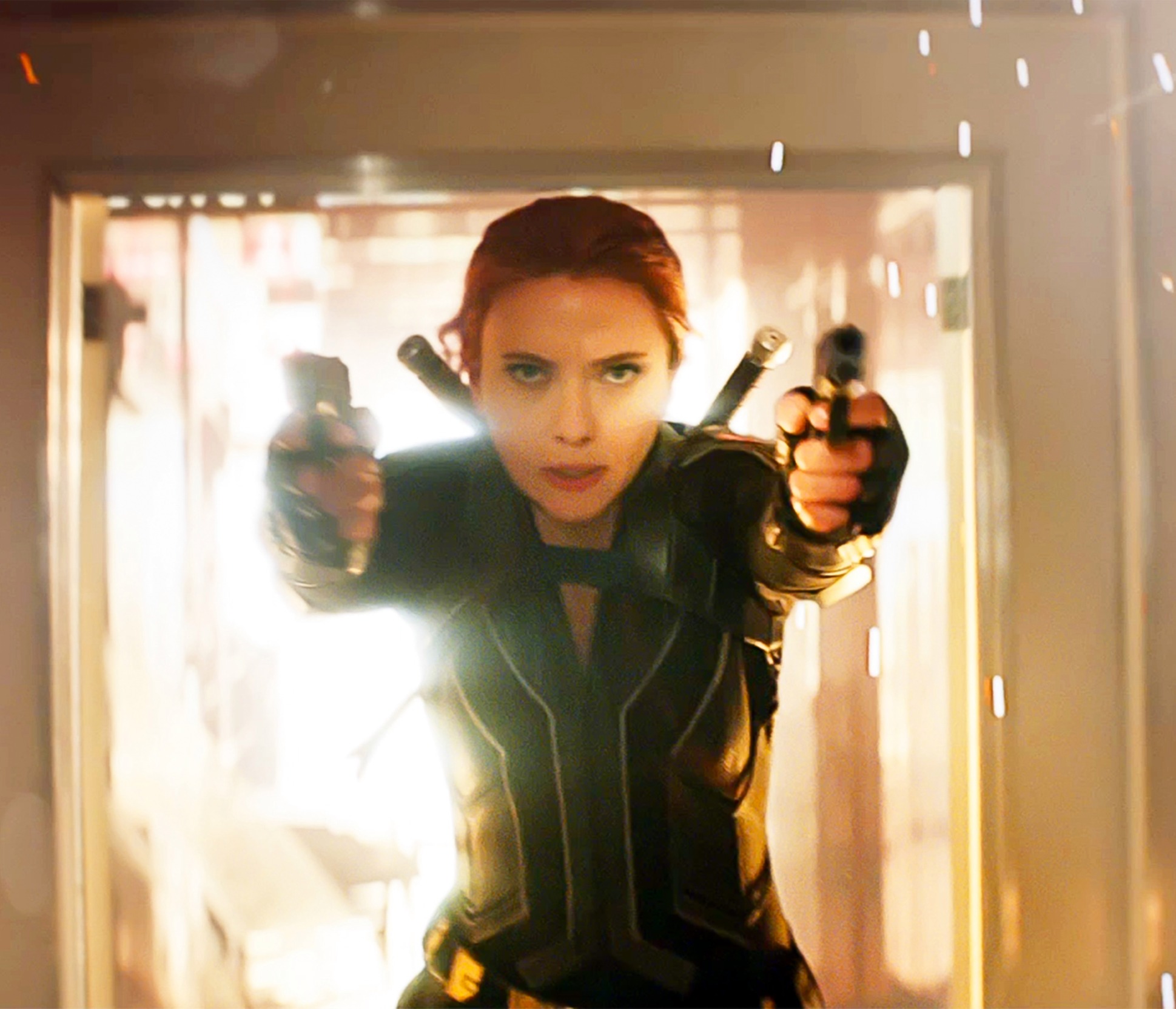 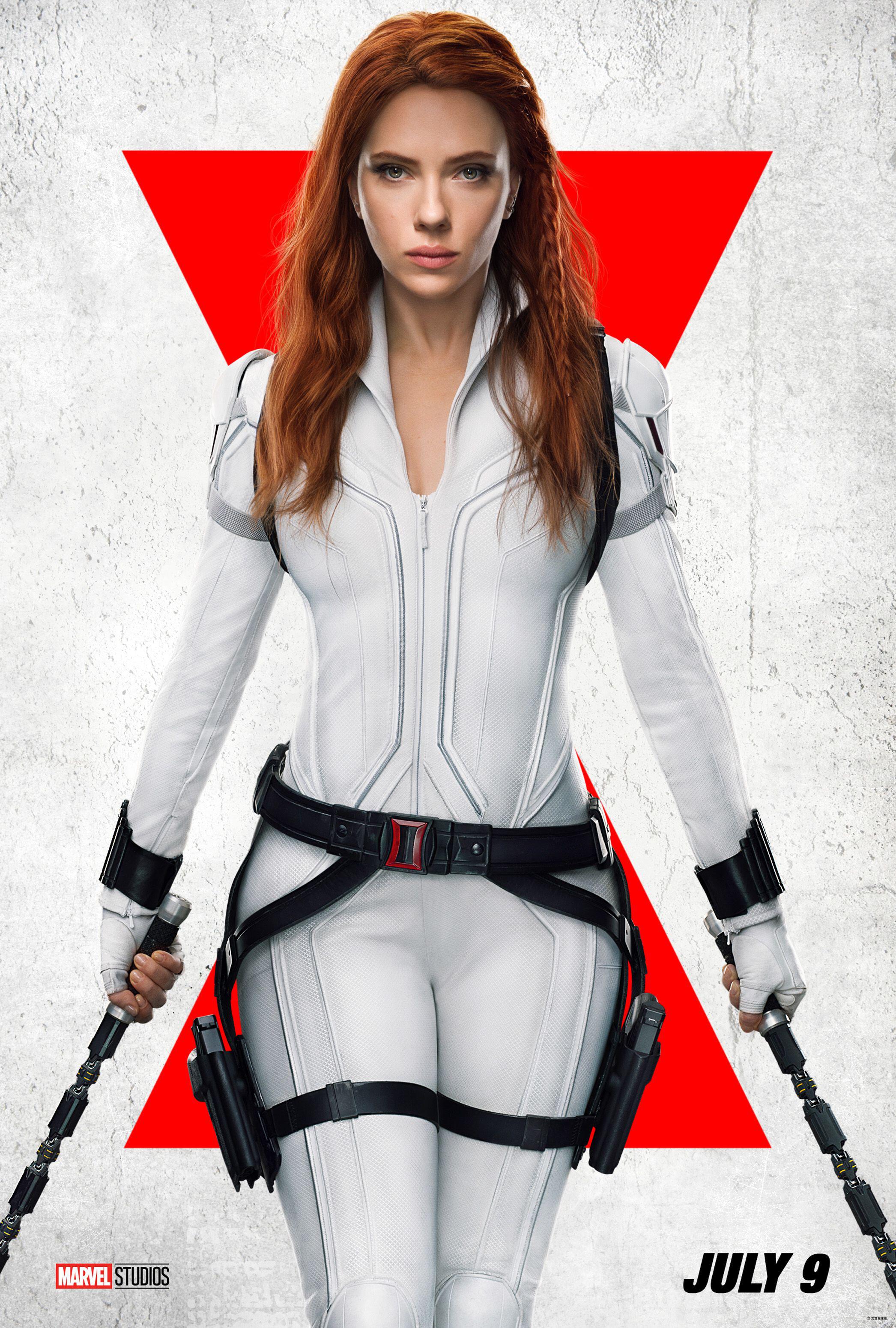 Tags: Johansson, reveals, Scarlett, she
You may also like
Celebrities News